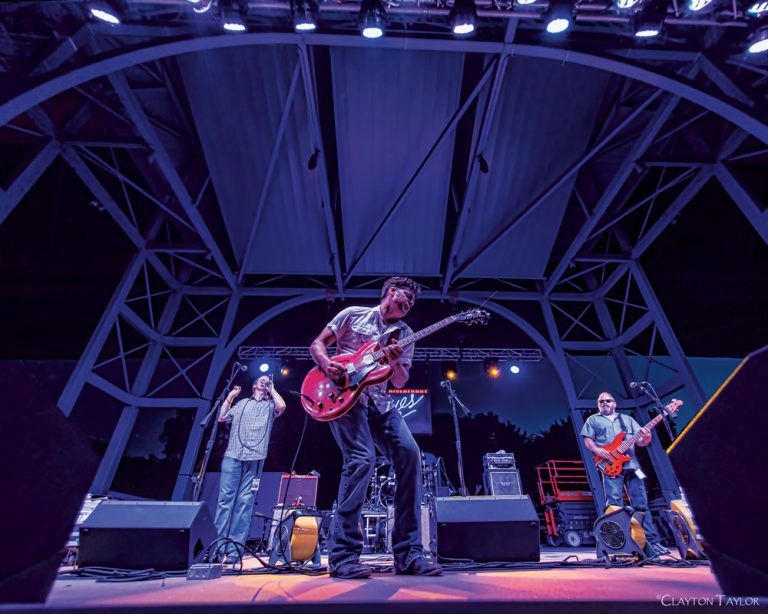 There’s no doubt about it: Western Arkansas knows how to celebrate. The six-county region hosts dozens of can’t-miss festivals throughout the year that celebrate its musical and cultural heritage, drawing attendees from across the state and beyond.

Taking place for four days in both June and October in Scott County, the family-friendly Turkey Track Bluegrass Festival has been held in Waldron’s Turkey Track Bluegrass Park for 40 years and is known as one of the largest bluegrass festivals west of the Mississippi River. Past performers include Bluegrass Martins, Branded Bluegrass and Flatt Lonesome – just to name a few – and attendees are invited to join in jam sessions, potluck suppers and other fun events. Many bluegrass fans attend at least one of the festivals each year and set up camp at the park, creating a tight-knit community.

Another popular music festival is the Riverfront Blues Fest, held in downtown Fort Smith along the Arkansas River in Harry E. Kelley Park each June. The all-ages event has taken place for nearly 30 years, making it one of the longest-running blues festivals in the nation, and it has featured performers such as Goodluck Slim, Oreo Blue and Kenny Neal.

In May, Fort Smith hosts the popular Steel Horse Rally, which is an annual charity motorcycle rally that draws approximately 75,000 people and more than 50,000 motorcycles. Raising thousands of dollars for local organizations, the rally includes a village of vendors, a group motorcycle ride, an antique motorcycle display and live music.

Celebrating the Edamame Capital of the World, the daylong Mulberry Edamame Festival is held each spring and includes an edamame tasting, a barbecue cook-off, music, arts and crafts, food vendors, an antique car show, a pageant and helicopter and wagon rides.

“This is one of the first festivals of the season, which makes it a great time to get out with your family and enjoy the weather, learn about edamame and enjoy the events,” says Monica K. Freeland, executive assistant to City of Mulberry Mayor Gary Baxter. “It’s an opportunity to come together as a community and showcase our town, and the influx of people for the day helps local businesses.”

Another favorite autumn event is Logan County’s Mount Magazine Frontier Days Festival, held on the first Saturday of October in downtown Paris. The festival, taking place for nearly 40 years and drawing more than 3,000 people, kicks off with a parade and features Civil War reenactments, live cannon displays at the Old Jail Museum, an antique and classic car show, a quilt show, a 5K run, a pageant, contests and games. Kids have plenty to do, too, with a petting zoo, pony rides, a free pumpkin patch and more.