From fine wines to fine arts, tourism in Western Arkansas offers a full measure of things to do . 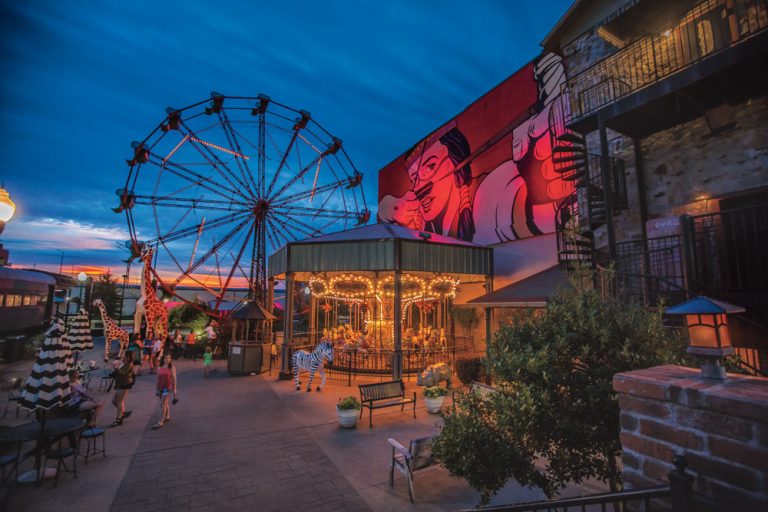 Spend the morning at an art museum, the afternoon on a wine trail and the evening at a live theater performance or musical concert. While this sounds like an experience one typically might find in Northern California, it also is a day that easily can be enjoyed in Western Arkansas.

Outdoor recreation might be the main draw that attracts visitors to Western Arkansas for the first time, but it is the urban touches sprinkled throughout the rural beauty that surprises many visitors, as well as some locals.

“We have people from other parts of Arkansas who come here and say, ‘Wow, what have I been missing? I can’t believe all this is here,’ ” says Audrey House, owner of Chateau Aux Arc Vineyards & Winery in Altus. “This area is really becoming a destination.”

Long before the emergence of California’s Napa Valley, Arkansas was one of the top wine-producing states in the U.S. Wine making in Western Arkansas dates to the 1870s, and just before Prohibition began in 1920 more than 150 wineries operated throughout the state.

Today, the official Arkansas Wine Trail makes stops at 15 vineyards and wineries, including seven located in Western Arkansas. A half-dozen of those are grouped within an 8-mile stretch of Highway 186 just off I-40. They are Chateau Aux Arc, Dionysus Wine & Brew, Mount Bethel Winery, Post Winery, Neumeier Winery and Wiederkehr Wine Cellars. In addition, Cowie Wine Cellars & Vineyards is 23 miles away in Paris.

House says more than 200 grape varieties are grown in Western Arkansas, though the most popular is Cynthiana. It was named the official state grape in 2009 and is used to produce what House calls “the Cabernet of the Ozarks.”

“You can become a wine connoisseur with a one-day trip on our trail,” says House, who serves as president of the Arkansas Association of Grape Growers. “You can taste over 100 wines and become somewhat of an expert in a short amount of time. And instead of having to go to Napa Valley or France, it’s right here in our backyard.”

The region also has developed a thirst for craft brewing, with a number of microbreweries opening up. In Paris, Prestenrose Farm & Brewing operates a small-batch artisan brewery with a wide variety of southern heirloom vegetables grown on a certified organic farm. Fort Smith’s roster of craft brewers includes Fort Smith Brewing Co. in the Chaffee Crossing development.

One of the oldest venues in the region is the Ouachita Little Theatre, which opened in 1923 in the town of Mena. Despite operating with a volunteer cast and orchestra in a city of less than 6,000 people, OLT holds multiple theatric performances every year (along with concerts and movies), ranging from such serious works as Hamlet to lighthearted musicals like Mary Poppins. There also is a Junior Theater that puts on shows twice a year, and in the fall, the theater is home base for the Ouachita Arts Celebration.

“For a town of less than 6,000 folks, we’re proud of what we’ve been able to do.” says OLT President Rudi Timmerman.

Art is easy to find in Fort Smith. That’s partly because of the annual Unexpected Festival, when artists from as far away as New York City and Europe descend upon the town and paint large murals on the sides of historic downtown buildings.

And for those seeking late-night entertainment, Fort Smith has a lively downtown music scene. A toe-tapping good time can be found at such hotspots as Hero’s, The Sound Room and Wishbones.

“When you tie in the urban quality of life with the outdoor recreation, you have the complete package in Western Arkansas,” says Joe David Rice, state tourism director. “There’s just a really good balance in that part of the state.”