Reasons to Move to Arkansas 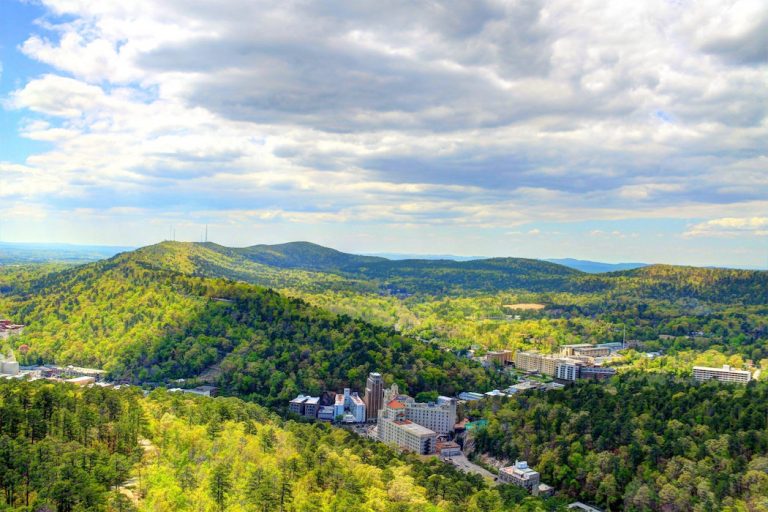 Arkansas / Courtesy of stevesheriw under a CC 4.0 license.

A comfortable climate is part of life in Arkansas, with the weather made up primarily of mild springs, hot summers, dry autumns and cool winters. Warm breezes from the Gulf of Mexico often influence the weather throughout the state.

Millennials enjoy living in the downtown districts of big cities, and Arkansas has several large communities that are thriving with action. Little Rock is the state capital in the central portion of the state and serves a hub for business and culture, while the northwestern corner of Arkansas houses cities like Fayetteville, Bentonville, Springdale and Rogers. Other popular cities in Arkansas with good livability assets include Fort Smith, Hot Springs (pictured), Jacksonville, Jonesboro and Pine Bluff.

Arkansas is ranked among the five most affordable U.S. states to live in, and Arkansas is also among the top five states with the lowest costs for doing business. A diverse economy is strong in sectors like agriculture, food processing, forestry, manufacturing and mining, and the tourism industry has experienced gains in visitation numbers during each of the past five years.

Known for authors like John Grisham and Maya Angelou along with actors like Dick Van Dyke and Mary Steenburgen, Arkansas is robust in the cultural arts. Excellent performing arts venues include the Walton Arts Center, King Opera House and TheatreSquared, while art museums like the Arkansas Arts Center have paintings on display from masters such as Rembrandt, Picasso and Degas.

Some of the highest-rated rivers for fishing in the United States are in Arkansas, with many of them tributaries of the Arkansas and Mississippi rivers. Top spots include Black River, Buffalo River, Cache River, Fourche La Fave River, Little Red River, Mulberry River and White River.

A solid transportation network is in place in Arkansas, with the Arkansas State Highway and Transportation Department overseeing operations from their headquarters in Little Rock. Key interstates include I-30, I-40, I-55 and I-540, while air travelers have the convenience of four major commercial airports. For companies that ship products by rail, Arkansas has more than 2,700 miles of track and is served by three Class I carriers. In addition, the state benefits from its rivers to move products by barge, especially along the Mississippi River and Arkansas River.