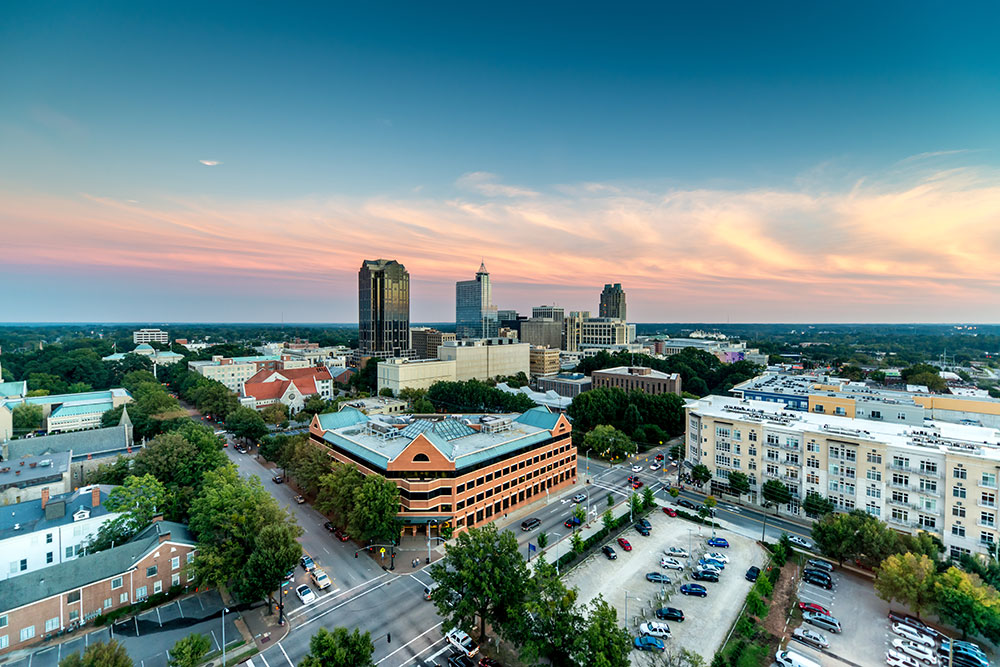 North Carolina’s capital city truly has something for everyone, which is why it scored high in the amenities category. Whether you’re a sports fan, a foodie, an outdoor adventurer, an entrepreneur, a college student or some combination of all of the above, there’s a long list of things to do in Raleigh to entertain and delight you.

Raleigh is an imaginative city that celebrates clean energy entrepreneurs and researchers, inventive chefs and artists. Also worth bragging about: Raleigh is home to three major state museums — of art, history and natural sciences — and they’re free.

Top Industries and Employers: Raleigh is a hot spot for clean tech companies, which employ thousands of people. Advanced manufacturing, IT, and life sciences are other strong industries. In the entire Wake County and Research Triangle Park, the major employers are Duke University and Health System, the State of North Carolina and Wake County Public School System. IBM also has a large presence in the area.

Favorite Weekend Activity: Pushing the adrenal glands into overdrive at the Daniel Dhers Action Sports Complex. Founded by a pro BMX rider, the complex has indoor and outdoor riding terrain as well as a beginner area, foam pits and lessons.

After-Work Meetup Spot: Break a sweat with some friends at the Triangle Rock Club, with climbing walls that span up to 55 feet.

Free Way to Have Fun: Exploring the forest, trails and lakes in William B. Umstead State Park, a scenic retreat.

Hidden Gem: Psst, you can order a housemade soda or malted milkshake at the The Pharmacy Cafe.

The Best Places to Live in North Carolina

Moving to North Carolina? Here’s Everything You Need to Know

Parlez-Vous Raleigh? Why You Need to Check Out This City’s French Food Scene