Skip to content
Home > CA > Davis > Where to Live Now > Why Davis, CA, Is a Best Place to Live

Why Davis, CA, Is a Best Place to Live

Just west of Sacramento, Davis is a tight-knit college town with a lot of heart. 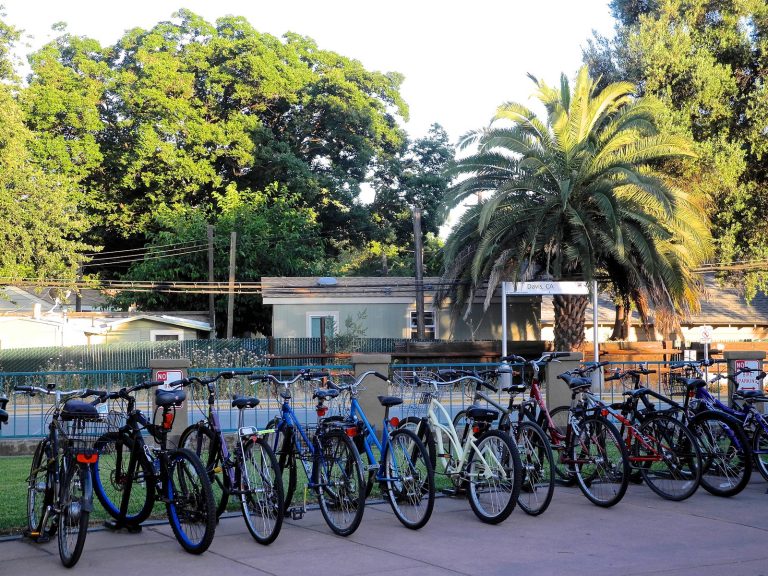 Once known as Davisville, the city of Davis was born in 1868 as a farming community. Now, it’s got that small-town feel while still being within a few hours of San Francisco to the west or the mountains to the east, making it one of the Top 100 Best Places to Live in America.

Davis earned high marks for education, spearheaded by the University of California, Davis, with approximately 10,000 students. Students love the town so much that many of them stay after graduation, making it one of the most educated cities in California. UC Davis’ College of Agricultural and Environmental Sciences is ranked as one of the top in the world, paying homage to the city’s humble beginnings in agriculture.

The city’s warm California climate and 10.5 miles of flat land make it a haven for bicyclists. In fact, it’s one of America’s best biking cities. After bicycle infrastructure became a political topic in the ‘60s, Davis upped its game and became a pioneer in bicycle facilities. Now, residents enjoy top-notch bike lanes, bicycle crossings, and bike paths. On top of all of this, Davis became home to the United States Bicycling Hall of Fame in 2010, really reiterating that it is a bicycle-crazy town.

“There are 110 miles of bicycle lanes and paths on city streets and throughout the many community greenbelts, and bicycles as transportation have been built into the city’s infrastructure for many years. These amenities benefit Davis residents and its visitors,” Mayor Robb Davis told Livability.

The tight-knit and welcoming community in Davis is evident to locals and visitors alike. There are many community events and activities that boost civic pride. The annual Picnic Day in April is the largest student-run event in the nation. Picnic Day is comprised of more than 150 free events, including a parade and a battle of the bands. The award-winning Davis Farmers Market, held every Wednesday evening and Saturday morning, is just one place residents can go to buy certified organic food from local farms.

“Davis benefits from its vibrant downtown that is full of interesting restaurants, art galleries, retail shops, museums and entertainment venues. Davis has 55 miles of greenbelts, 36 neighborhood and community parks and four swimming complexes,” Mayor Davis said on what makes the city great.

The sense of community here extends into the area’s safety. Many residents don’t even lock their doors, harking back to a time when neighbors trusted and looked out for each other. Davis may be a college town, but the city’s super-low crime rate and vibrant community have young families flocking to live here, too.