Why Santa Barbara, CA Is Best Place to Live

By Stephanie Stewart-Howard on September 18, 2015 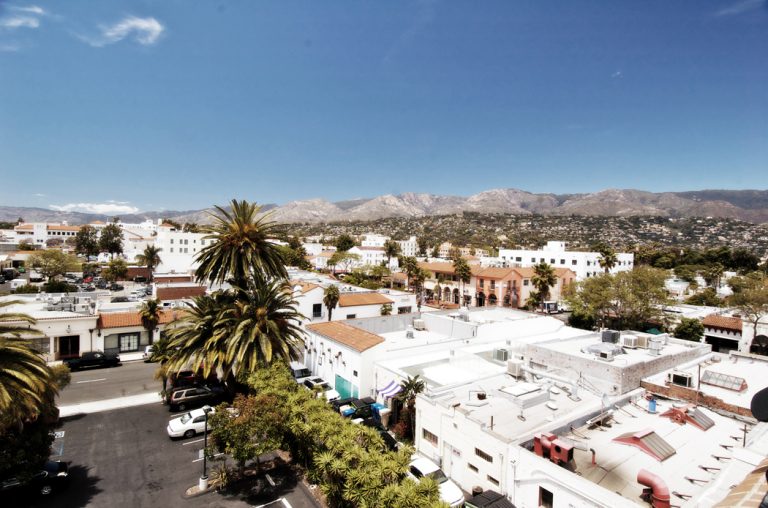 Santa Barbara / Courtesy of Collin Erickson under a CC 4.0 license.

To get an understanding of why Santa Barbara, Calif., ranked as one of the Top 100 Best Places to Live start by taking a look at this beautiful city. Santa Barbara residents enjoy miles of pristine coastline along with views of the Santa Ynez Mountain Range. Beyond the city’s visual appeal is its high walkability and an outstanding collection of higher learning institutions, along with a plethora of citywide festivals and celebrations that welcome residents and guests. The city’s economy is supported by a burgeoning tech industry, along with health care, agriculture and education. Santa Barbara is a dream location for many looking for an alternative to Silicon Valley.

“I like to describe Santa Barbara as a small city with big ideas,” says Mayor Helen Schneider as she waxes poetic about the high quality of life. “And we have a real rise in entrepreneurial spirit here right now, in part inspired by students from UC Santa Barbara and our other colleges who want to stay here after graduation.”

Santa Barbara’s location makes it a great place to be a locavore. Rich agriculture plus a working harbor means abundant local foods include not only produce but fresh fish, too. According to Mayor Schneider, uni and abalone are two major export products – and made use of in the plentiful local restaurants.

The presence of the ocean also means Santa Barbara residents have ready access to the beautiful Channel Islands National Park and Marine Sanctuary (inhabited for centuries by Native Americans), accessible via short ferry ride, on which you may be lucky enough to spot whales, dolphins, sea lions and a host of other wildlife.

Part of what makes Santa Barbara so livable is its history – including the 18th-century Franciscan Mission Santa Barbara, where you can still attend services.

The city’s own rich cultural history offers up sites including the Presidio, the Spanish-Moorish style County Courthouse, Casa de la Guerra and Burton Mound, according to Mayor Schneider. She adds the Spanish Revival architecture of the town helps make it exceptional.

Of course, as Mayor Schneider says, what makes Santa Barbara really exceptional is the abundance of cultural events and festivals. Among these are the well-known Fiesta (or “Old Spanish Festival), along with the June Solstice Festival, the French Festival for Bastille Day, the critically acclaimed Santa Barbara Film Festival, and the famous Santa Barbara Arts and Crafts Show.

A thriving restaurant culture has helped make Santa Barbara a destination for foodie tourism as well as other attractions.

The city’s walkability adds to its appeal. “The neighborhoods here are all very visually distinct, walkable and livable. All of them have their own commercial areas, grocery stores, coffee shops, the things that make them true neighborhoods,” Schneider says.

“There is some sticker shock with the price of residences here,” she says. “But you get so much more than the indoors – there is so much outdoor living space in the city – no one here stays cooped up inside.”

Of note is that civic participation helps make the city a true community. “It’s truly unusual, almost every event helps support a nonprofit, school or other worthy cause,” Schneider says. She adds that the city has almost 30 volunteer boards and commissions focused on vital resident issues, including land use, parks, water, events, and so on. That’s more than the much larger city of Los Angeles. The impact that has on her own job is truly positive.

Whether you come to Santa Barbara as tourist or resident, there is so much going on, so much to see and take in; it can’t help going on your personal list of best cities in the U.S.