Why Ventura, CA is Top 100 Best Place to Live 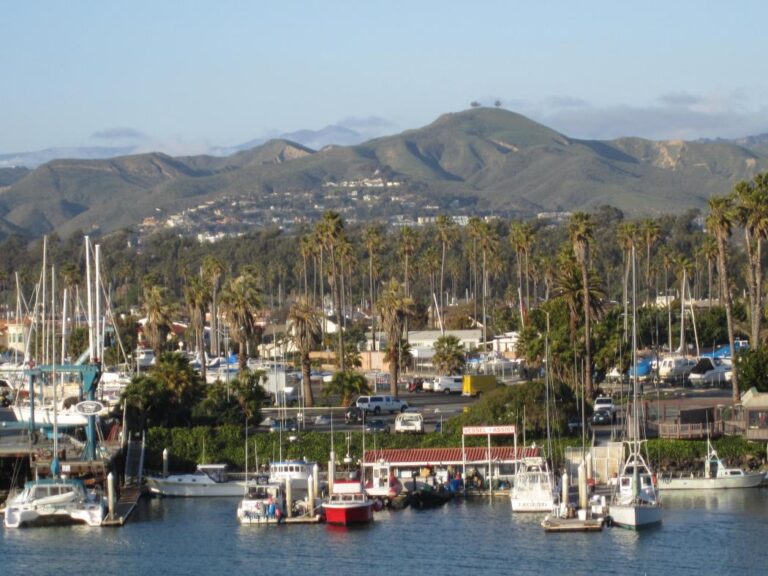 With near-perfect weather, ocean and mountain views, a thriving arts community, and endless recreation, dining, and entertainment options, there really isn’t much not to like about Ventura, California.

Nestled on the Pacific coast about 30 miles from Santa Barbara and about 60 miles from Los Angeles, Ventura, originally named Buenaventura, was founded in 1782 with the San Buenaventura Mission. While many southern California natives have been priced out of their hometowns, Ventura has retained its close-knit community and a more reasonable cost of living compared to its neighbors. The median home price in Ventura is $485,000 according to real estate website Trulia. (For comparison, the median home price in nearby Santa Barbara is $920,000. Los Angeles is $589,000.)

Ventura’s population of 108,000 includes a mix of young and old, from life-long farmers to hip artists. Compared to picture-perfect resort town Santa Barbara, Ventura is “much more laid back, and more eclectic,” Mayor Cheryl Heitmann says. “We are a community of friendly, accessible, welcoming people.”

When kids and adults clock out from work or close the books, they have more than enough options for play. Miles of well-kept beaches provide soft ground for sunset strolls, while the more adventurous can bike around the harbor or wade, boogie board or surf in the water. Ventura Harbor also features an arcade and carousel, as well as many boutiques and restaurants.

The Los Padres National Forest, with more than 1,200 miles of hiking trails, is a short drive away. One of the city’s main attractions, the Channel Islands, offers stunning scenery and earns Ventura the nickname “Galapagos of Southern California.” The historic park offers diving, kayaking, hiking, mountain biking, and camping and includes more than 2,000 different kinds of plants and animals. The visitor’s center, located at Ventura Harbor, features a museum, tide pool, and a tower with telescopes.

Ventura’s vibrant arts scene sets it apart from many central coast towns. Artists have gravitated to Ventura for years, and the city benefits with dozens of galleries, performing arts events, live music performances, and more. The city reciprocated with the WAV (Working Artists Ventura), a live/work space for artists and cultural businesses. The WAV hosts an open studios the first Friday of every month as well as special exhibits year-round.

Although some people perceive Ventura as a commuter town, nearly half of the population also works in the city, according to Heitmann. Community Memorial Hospital, one of the city’s two major hospitals, employs about 2,000; Wal-Mart, Patagonia, and Ticla employ hundreds of workers; and Allied Beverage Company will bring more jobs with its new 123,000 square foot distribution center.

With so much to offer, there’s good reason to stay close to home in Ventura. “You want to make the city better? We love you. You’re in,” Heitmann says of the residents’ welcoming nature. “If you’re committed to the community, the community is committed to you.”