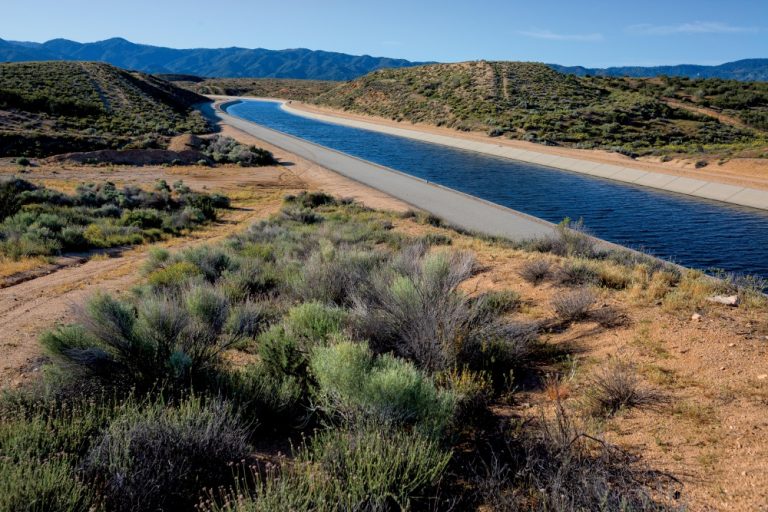 Getting around the Victor Valley and connecting to other places is getting easier, thanks to major investments that have been made to the region’s infrastructure.

A number of roadway projects have recently finished or are nearing completion, and initiatives are expected to help attract additional business investment.

In Hesperia, one such effort is the six-lane Ranchero Road Interchange project, the second of a three-phase $60 million initiative designed to improve mobility, access and safety along major roads connecting to Interstate 15.

In Apple Valley, the $37 million Yucca Loma Bridge now connects Yucca Loma Road in Apple Valley with Green Tree Boulevard in Victorville, with the bridge spanning the Mojave River and BNSF railroad tracks. The bridge opened in 2017 with its goal of alleviating traffic congestion along east/west roadway arteries, while including bikeways and barrier-protected sidewalks for pedestrians.

In Devore, another key infrastructure project for the region was a $208 million interchange project at I-15 and I-215 that finished ahead of schedule and under budget. This was accomplished despite the challenges of rebuilding and widening highway lanes and bridges in a heavily congested corridor.

For Adelanto, there are discussions to ultimately upgrade U.S. Highway 395 to interstate highway standards. Highway 395 runs through California, Nevada, Oregon and Washington and has become a major business corridor for Adelanto and other Victor Valley cities.

“Highway 395 is one of our greatest mobility assets, with 30,000 travelers out of our area driving through Adelanto every day,” says Jessie Flores, economic development consultant for the City of Adelanto. “The economic potential for the highway is great because it goes all the way from our city up to the Canadian border.”

Clark Pacific, one of the nation’s leading design-build manufacturers of prefabricated building systems, relocaed to Adelanto from another California location, Flores says.

Victorville is located along the Interstate 15 corridor, less than a mile from U.S. Highway 395 and 90 miles east of Los Angeles.

“We also have two industrial parks, with one situated at Southern California Logistics Airport,” says Sophie Smith, Victorville interim deputy city manager. “The other is Foxborough Industrial Park, which is rail-served and has good sites available for development.”

Victorville has also embarked upon recent road improvement projects, including rehabilitating and adding bike lanes to La Mesa and Nisqualli roads from I-15 to Amethyst Road. That was an 11-mile, $9 million capital endeavor.

A $2.5 million improvement project was completed in 2017 to Bear Valley Road, the most heavily traveled thorughfare in the city, from Mariposa to Amargosa roads.

“Several more road improvements are scheduled for 2018,” Smith says. “There is a lot of good activity occurring in Victorville these days for the sake of improving mobility.”