Learn why national, regional and local retailers and restaurants are opening new locations in the Victor Valley area. 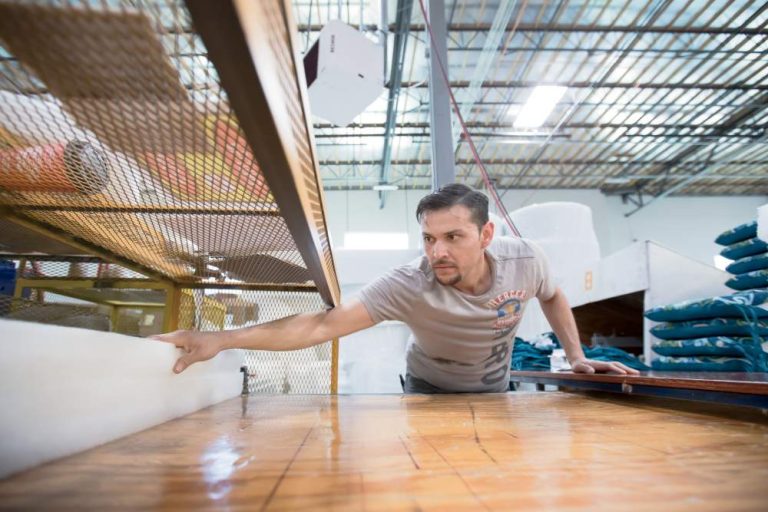 There’s a saying that retailers and restaurants follow rooftops, and that’s certainly true in the Victor Valley, where new home construction and a growing population have caught the attention of local stores and regional and national chains. Throughout the region, growing families are attracted by the availability of nice homes for less than $200,000. Retirees are arriving in search of the affordable cost of living and the high quality of life.

Sun City Apple Valley, for example, is bringing the Del Webb lifestyle to the High Desert. The community will feature 1,700 homes for homeowners 55 and older.

In Hesperia, developer Terra Verde Group’s Tapestry project will over time include more than 15,600 homes as well as eight elementary schools, two middle schools and two high schools. The development, which will be built in phases over several years, includes more than 9,365 acres in southeast Hesperia, nearly 4,000 acres of which will be dedicated to natural open space, conservation easements, public parks and the Serrano Heritage Preserve. Creation of walkable neighborhoods is a key feature of the development, and parks and open space will be a major component. A mix of neighborhood and pocket parks will be placed throughout each neighborhood, and the project will include two town centers featuring upscale restaurants, retail, grocery stores and other amenities. Tapestry will also include conveniences such as a post office, a public library, and fire and police stations.

“As we increase in population our retail has seen a huge growth. BJ’s Brewery in Victorville and Dickies in Apple Valley are two new favorites for my family to go and enjoy,” says Karen L. Sanchez, broker associate for Real Living Hamilton Landon and 2017 president of the High Desert Association of Realtors. “San Bernardino County is one of the most affordable places in the state to live. The high desert still has quality homes under $200,000,” she says.

In Victorville, BJ’s Brewhouse and Restaurant became the 14th dining establishment on what has become known as the city’s “Restaurant Row,” says City Manager Doug Robertson.

“Restaurant Row has become a destination in our region. And with visibility to more than 98,000 cars traveling the I-15 daily, this dining destination has become a highly profitable investment for retail developers,” he says.

Growth along Restaurant Row is continuing with plans by Vantage One Real Estate Investments for development of an additional 30,000 square feet of commercial space on five acres next to BJ’s, says Robertson. Tennessee-based casual dining chain Cracker Barrel picked a Restaurant Row site for its first California location.

New in the Market

National retailers are noticing the region’s growth. The Mall of Victor Valley has added national anchors that are new to the region, says Senior Manager Terri Relf.

“The High Desert continues to be a popular location for retailers attracted by the population growth and the affordable housing. At The Mall of Victor Valley, we’ve added first-to-market Macy’s and Dick’s Sporting Goods, Menchies Frozen Yogurt and Burgerim Gourmet Burgers to our food court, the new Edge Up Barber Shop and a newly remodeled Kevin Jewelers,” she says.

In addition to providing retailing opportunities close to home, the mall is a community gathering spot, hosting numerous events and activities.

“The mall continues to attract retailers that help meet the shopping needs of our customers, and we are a community hub and a great place for families,” says Relf.

In Hesperia, The Lewis Group of Cos. has developed the High Desert Gateway I and II, which offer 522,000 square feet of retail space anchored by a Super Target and national retailers including Marshalls, Ross and Pier I Imports. In Barstow, the 800,000-square-foot Shoppes at Spanish Trails development will include retail shops, hotels, restaurants and grocery stores.

At Jess Ranch Marketplace, a 500,000-square-foot retail hub in Apple Valley, major retailers, including Winco, PetSmart, Best Buy, Bed Bath & Beyond and Burlington Coat Factory, serve an area with a population of 47,510 – and growing — within a three-mile radius. Average household income is $70,003. In addition to nearby residents, shoppers come from across the region, says Taylor Vaughan, vice president for Weingarten Realty, the shopping center’s developer.

“Jess Ranch is a destination shopping experience,” he says. Having a wide variety of retail opportunities close by is a plus for the region, he says. “Today’s world is all about convenience. Especially with younger families, people don’t have the time,” Vaughn says. “The closer you can have your shopping needs, the better.”