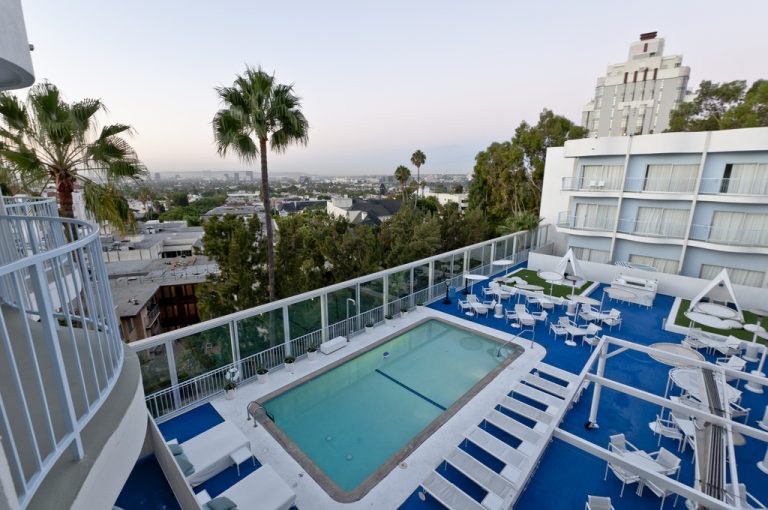 Often called WeHo, West Hollywood was incorporated in 1984 and has an economy that continues to grow, especially in sectors connected with the entertainment and hospitality industry. Here are some examples:

Celebrating the music of the rural South, House of Blues is home to live music performances in genres such as rhythm and blues, jazz, gospel and rock ‘n’ roll, and also on site is an extensive art collection. More than 200 employees work at the West Hollywood attraction.

Where Sunset Boulevard meets Beverly Hills is the London West Hollywood, whose 200 employees accommodate guests that occupy any of 226 suites along with a rooftop lounge and some elegant dining experiences. On the premises is a seasoned concierge team that help attend to the needs of guests.

With a strong spirit of community activism and civic pride, the City of West Hollywood has 200 employees who oversee departments such as parks and recreation, public works, finance and technology, community development, and human services and rent stabilization. West Hollywood was incorporated as a city in 1984.

Spacious rooms and spectacular sunset views are among the many reasons why Standard Hotel receives many positive reviews from guests as well as hotel critics. Prices at the Standard are reasonable and competitive, and luxuries include a spa area, restaurants and a heated pool with onsite bar.

Looking to provide a resort experience to every guest are the 180 employees who work at Mondrian Hotel. Customers are referred to as the Creative Class, and the Mondrian supplies a vibe that helps make guests enjoy every moment of their stay. The hotel is considered very pricey and upscale.

Specializing in the best ways to help their clients advertise is CityGrid Media, whose team of 175 employees develop mobile apps and websites that feature content-based advertising to drive traffic. The company works closely with customers to design the best ads for every individual situation.

Classified as a hip boutique hotel is Andaz West Hollywood, which features glamourous rooms and suites along with acclaimed dining options. The chic hotel with 160 employees has artful décor and amenities like spa service, cocktails at Riot House Bar, and California fusion cuisine at Riot House Restaurant.