Tired of the cold and/or rain? We've got the places for you. 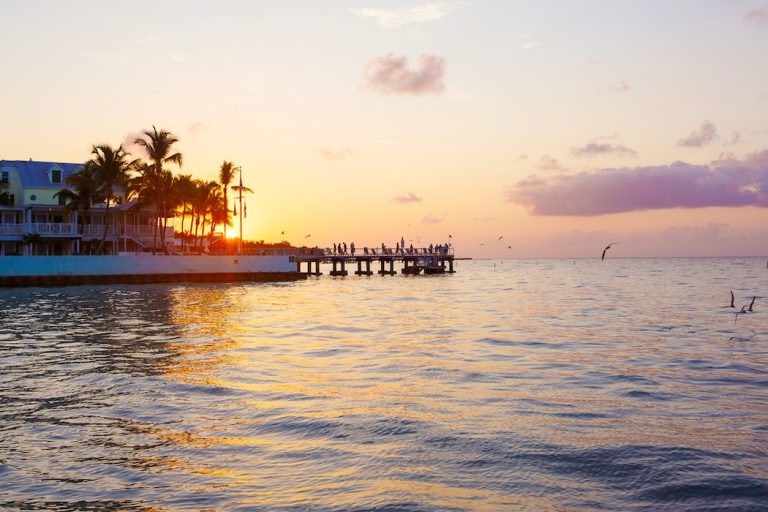 We’re in the thick of winter, and if you’re like us…you’re sick of it. And dreaming of warmer, sunnier days ahead.

Maybe you live in Juneau, AK, and can’t take the darkness any longer. Or maybe you’re looking for the best places to retire and decided to work on your tan in your golden years. Either way, we have you covered, with data from the National Oceanic and Atmospheric Administration (NOAA) to give you a scientific foundation for your future plans!

Okay, confession time: Key West didn’t actually make the top four of the NOAA list (that honor goes to Phoenix). Instead, it places at No. 12. But we included it here because, unlike the cities ranked above it, it’s the only one on the East Coast.

Now down to the nitty-gritty: Key West, the southernmost location in the continental U.S., has an annual average of 76% sunshine during daytime hours. Blending southern charm with Caribbean culture, gorgeous tropical weather and foliage please just about everyone. And for those who enjoy more than just soaking up the sun in a lush location, you can visit sites that range from pirate shipwrecks to the former haunts of literary icons like Ernest Hemingway.

Yes, that Las Vegas. As it turns out, Sin City gets 85% sunshine during its daylight hours, making it an excellent place for more than just its nightlife. Plus, it’s a place where there’s always plenty going on in the city center, but that’s spread out enough that you can enjoy a more serene lifestyle on the edges — such as suburbs like Boulder City, where there is no gaming — meaning there’s something there for everyone, whether you aim to let the good times roll down the strip or let sleep take you by the pool.

If you’re looking for sunshine and plenty of outdoor activities to enjoy, then Redding is the place for you. Besides having 300 or more sunny days yearly, the city is cradled on three sides by millions of acres of state and federal lands, providing ample places for hiking and camping. But more than that, TIME magazine titled Redding the Unofficial Capital of kayaking — and lots of other watersports abound, too, like fishing — and there are loads of natural wonders to marvel at, including the bubbling pots of Lassen Volcanic National Park and the Lake Shasta Caverns. In short, Redding will grant you glorious sunshine and plenty to do in it.

If sunshine is what you want, sunshine is what you get, and in spades — because Yuma holds the Guinness World Record for the sunniest city on Earth. About 91% of their yearly daylight hours are pure sunshine, and for those of you who worry about the humidity, Yuma is the least humid city in the U.S. That gives you 4,055 hours to soak up the sun without feeling like you’re wading through Vaseline (high humidity).

There are plenty of options if you’re looking for sunshine that can appeal to almost anyone. Whether you’re a snowbird or just looking for a bright new start, there is a place out there for you — and we’ve delivered the top choices that hopefully made your hunting just a little easier.