Skip to content
Home > CO > Boulder > Education, Careers & Opportunity > Why Boulder is the Best Place to Start a Business in America 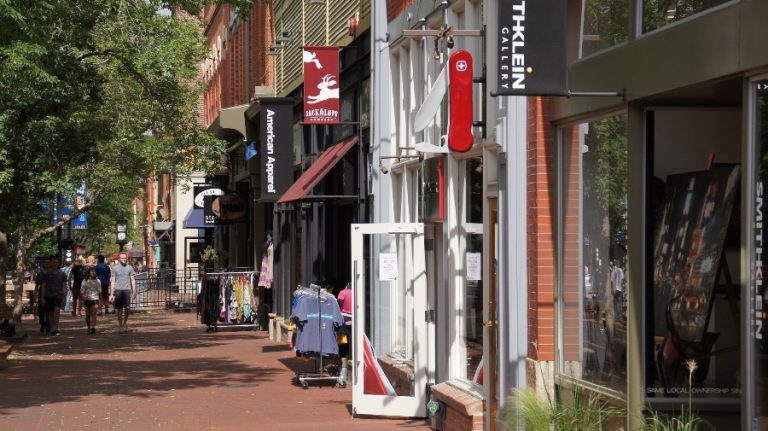 In case you’re a little late to the party and missed our Best Cities for Entrepreneurs list, here’s the scoop: Boulder is the No. 1 place to start a business in the U.S. in 2016.

The city has been establishing itself as an entrepreneurial powerhouse for several years, now. For example, Boulder had six times more high-tech startups per capita than the nation’s average in 2010, according to a study by the Kauffman Foundation in August 2013. In addition, its startup scene is so prominent that famed entrepreneur Andrew Hyde (who is responsible for ventures like Ignite Boulder, TEDxBoulder and Startup Weekend) created Boulder Startup Week, which drew 8,450 attendees and featured more than 200 events in 2016.

Still not convinced? Read on to learn more about what makes Boulder the perfect place to launch a business – but don’t be surprised if you’re packing your bags by the time you reach the end.

Established by Tyler Barstow and Matt Fiedler in January of 2013 in Chicago, Ill., Vinyl Me, Please began to hit its stride when the company’s entire team at the time – Barstow, Fiedler and two employees – relocated to Boulder. Although it took Barstow until July of 2014 to make the move, Fiedler had been in the city since late 2013, and he quickly fell in love with it.

“What’s really cool about Boulder is the lifestyle,” Fiedler says. “It’s totally different from places like Chicago, New York City and Los Angeles. There’s not the big-city hustle and bustle, but there’s still a lot to do, and it’s helped us attract employees.”

The company, which provides its members with a special-edition vinyl, as well as an album-inspired art print and a custom cocktail pairing recipe each month, has grown into one of the largest vinyl subscription services and added approximately 10 employees to its team since putting down roots in Boulder. Both Barstow and Fiedler agree the city’s startup community has been supportive, and it’s one reason they’ve been so successful.

“There are tons of meet-ups [for startups and entrepreneurs] in Boulder, and when it comes to networking, everyone is willing to help one another in some way, shape or form,” Fiedler says. “Everyone is very gracious with their time, and the big-wigs in Boulder are far more approachable and available than they are in other cities; they’re willing to help smaller companies and offer advice and guidance, and in my experience, that’s pretty rare.”

Emphasis on Work-Life Balance is a Major Draw

If you’re accustomed to working a traditional eight-hour day, Boulder will blow your mind because, according to Fiedler, most people in this city do not. Instead, many come into the office early and take a long break in the early afternoon to enjoy the great outdoors.

“The idea of leaving work and going out for a hike, run or bike ride is totally accepted here,” Fiedler says. “Work-life balance is something that’s sought after in Boulder, whereas in other cities, the culture is more focused on living to work. Our office hours are very flexible, and everyone has lives outside of the office.”

Barstow and Fiedler say the promise of a more balanced, less-hectic lifestyle has helped them draw new employees, including a recent hire who is relocating to Boulder from New York City.

Although they both initially worried that a place like Boulder wouldn’t be big enough for a startup in the music and entertainment sector, the duo have found it to be the perfect fit for Vinyl Me, Please and the company culture they want to foster.

“The whole culture of Boulder is very free-spirited and focused on having a good life,” Barstow says. “It’s one of the only places I’ve ever been that really delivers on that. There’s this mentality that ‘I work until my stuff is finished, and then I leave.’ Companies in Boulder not only want you to be productive at work, but also in your personal life.”