As if you needed more reasons to move to Boulder besides the mountains and the food, we've got them. 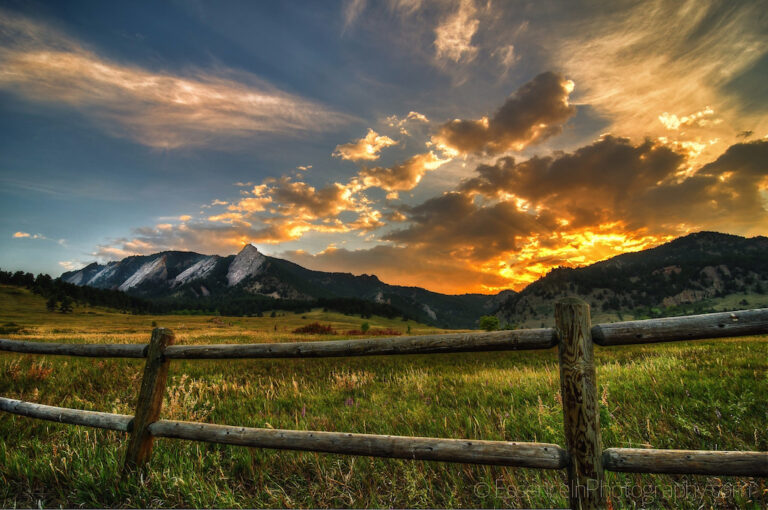 Located at the base of the foothills of the Rocky Mountains, Boulder boasts some of the most scenic vistas in the United States. And those views aren’t going anywhere. In 1972, the city enacted an ordinance to limit the height of newly constructed buildings. You’ll be looking at those snowcapped mountains for years to come here.

There’s a reason Outside magazine has called Boulder the No. 1 Sports Town in America. The outdoor recreation in this city rivals anything you’ve ever seen. In just one day you can take on the hiking and biking trails through the Rocky Mountains, go fly-fishing in Boulder Creek, or downhill skiing (or snowboarding) at Eldora Mountain Ski Resort. You won’t run out of things to do, see, and explore on Boulder’s 45,000 acres of unspoiled land.

Why Boulder, CO is One of the Best Places to Live in America

Between the picturesque landscape and phenomenal weather, Boulder is like a postcard come to life. The sun shines more than 300 days a year in this great city. No wonder everyone is so happy and energetic. That’s a lot of Vitamin D! Couple that with the fact that the average winter temperature is a mild 35–40 degrees and Boulder is basically heaven on earth.

This National Park is Right Next Door to Boulder

4. The people are super smart—and healthy!

The 2016 Gallup-Healthways Well-Being Index named Boulder the “Best Community for Physical Well-Being” and Lumosity ranked it one of the “Smartest Cities in America.” So if you’re wondering why everyone looks like they just finished running a half-marathon or getting their PhD, it’s probably because they did. In fact, Boulder is home to the highest percentage of people with advanced degrees in the country. You’re in good company, here.

The 10 Healthiest Cities in America

Great food is as easy to find as PhDs and athletes in Boulder. With a host of farm-to-table restaurants and residents who are passionate about eating local, it’s no wonder Bon Appetit named Boulder “Foodiest Town” in 2010. You really can’t go wrong here, whether you’re sipping on a pint at Wild Woods Brewery or enjoying fresh Japanese sushi from Sushi Tora. No matter what you choose, your taste buds will thank you.

The Farm-to-Table Movement in Boulder, CO

There’s a reason so many PhDs gather here. Boulder is home to dozens of start-ups and corporate giants like Google, Microsoft, and Threadless. It’s also a major government research hub and houses offices for places like the National Center for Atmospheric Research (NCAR, pictured above)) and the National Institute of Standards and Technology (NIST). It’s a great place to build a career—especially if you’re in the tech or research industry.

Here you can spend hours strolling through the Boulder Museum of Contemporary Art, watching the Shakespeare Festival under the magnificent Colorado sky in the summer, or touring one of the many art galleries featuring the best of Boulder’s local art scene. And, because we may as well brag about yet another accolade, American Style Magazine included Boulder in its list of America’s Top 25 Arts Destinations in 2012.

Boulder Celebrates the Kentucky Derby Unlike Any Other City

Who needs a car when you can walk? Or, better yet—you can bike. Boulder has won numerous awards from the League of American Bicyclists and USA Today for being a bike-friendly community. In fact, there are more than 300 miles of bike lanes and multi-use paths weaving through and around the city. And if you don’t have a bike, check out Bcycle, Boulder’s nonprofit bicycle share system.