Why Colorado Springs is a Great Place to Live

The country's official Olympic City USA is on an upward trajectory 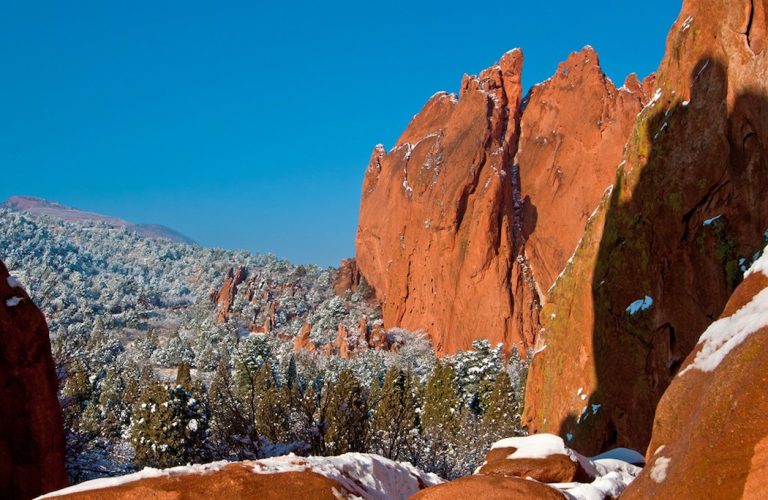 Colorado Springs / Courtesy of Chairman of the Joint Chiefs of Staff under a CC 2.0 license.

When he was born 64 years ago, John Suthers says, there were only about 10,000 people living in Colorado Springs. Now this city, nestled at the foot of the Rockies, has 10,000 college students alone. That growth might come as a surprise to some people, he believes.

“We’re a lot bigger than many people realize,” said Suthers, mayor of this busy (population 455,000) but easy-going city that made our list of the Top 10 Downtowns 2016. “We’re the 40th-largest city in America. But we have a relatively small downtown area that’s, frankly, a little quaint – and everybody likes it that way.”

Its picturesque downtown – think trees, flowers, galleries, great restaurants, cultural attractions and unique retail shops – is indeed one of Colorado Springs’ big draws for tourists and locals alike; its vibrant economic life is also drawing an increasing amount of attention. Bouncing back from the recession years, Colorado Springs is a major high-tech and cybersecurity hub, while also pursuing its new branding as the first and only Olympic City USA.

Spring 2016 saw the launch of the National Cybersecurity Center, a partnership of higher education institutions, local, state and federal government, the military and the private sector that will become one of the country’s leading cybersecurity entities, focused on training, research and fighting cyber-attacks. Locating the Center in Colorado Springs just made sense, Suthers said, given the area’s existing talent and resources.

Colorado Springs is also seeing a growth in its “sports ecosystem” – an aggregation of dozens of amateur sports organizations, sports medicine programs, and more – highlighted by the headquarters of the U.S. Olympic Committee, and 24 individual Olympic sports organizations. Its recent designation as Olympic City USA will be enhanced by the presence of the U. S. Olympic Hall of Fame and Museum. The $80-90 million facility is projected to open in time for the 2018 Olympics.

The city as a whole is on an “upward trajectory,” Suthers said, with more jobs than job-seekers, better than average affordability and a welcoming attitude toward newcomers, who may easily become part of the community. Its enviable quality of life is reflected in great schools, world-class parks and trails, virtually unlimited outdoor recreational opportunities, a thriving restaurant scene, and cultural entities that include an orchestra, several theater organizations, the Cottonwood Center for the Arts, the Colorado Springs Fine Arts Center and numerous galleries.

Why Colorado Springs is a Great City for Veterans

With all it has to offer, it’s not surprising that Colorado Springs attracts both newcomers and those already familiar with its charms. Livability named it one of the 10 Best Cities for Veterans in 2015, and, Suthers said, so popular is Colorado Springs with the many families stationed at its numerous military facilities that, “if you are ever stationed here at any time during your military career, odds are one in three that you’ll retire here.”

“We’re the 40th-largest city in America. But we have a relatively small downtown area that’s, frankly, a little quaint  — and everybody likes it that way.”