Skip to content
Home > CO > Denver > Where to Live Now > Will Denver’s New Green Roof Law Catch On in Other Cities?

Will Denver’s New Green Roof Law Catch On in Other Cities?

Denver isn't the first city to pass a green roof law, but its grassroots push for sustainability could help spark a national movement. 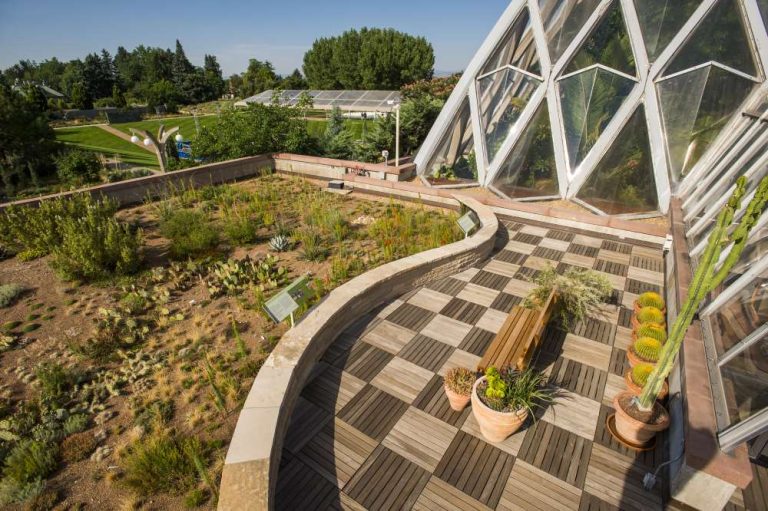 Earlier this month, Denver joined San Francisco as one of the first cities in the United States to mandate green roofs on new buildings. Beginning next year, 20 percent of rooftop space for newly constructed buildings must be covered by gardens or solar panels. The mandate applies to all new structures over 25,000 square feet, as well as roof replacements on existing buildings that meet the size threshold. Residential buildings with fewer than four stories are exempt.

“Green roofs improve the livability of cities by bringing nature and green space back into the urban environment,â€ says Jennifer Bousselot, a faculty member in the Department of Horticulture and Landscape Architecture at Colorado State University. “Green roofs function as ecosystems on top of buildings … Their benefits are many, but are primarily related to managing and filtering stormwater, moderating urban temperatures, acting as filters to improve air quality, and providing habitat for pollinators and beauty for anyone that overlooks them.”

One of the most pressing environmental issues for Denver is a phenomenon known as the urban heat island effect, which means that a city is much hotter than the surrounding rural areas. In 2014, Climate Central identified Denver as being the third worst urban heat island in the United States. Not only do hot urban environments have serious health effects for humans, they also require more energy to cool indoor spaces.

By absorbing heat and insulating buildings, green roofs help mitigate urban heat islands. “If we can cool a city to ambient temperatures, as in nearby rural areas, then we reduce this cycle of energy used to combat heat,â€ Bousselot says. “Plants act like evaporative coolers because they need to be cool to stay alive.â€

A focus on green architecture is also important in Denver, and its surrounding communities, as one of the fastest growing metropolitan areas in the United States. “Denver needs to include more sustainability and resiliency into the historical rise in development happening in the city,” says Andy Creath, who founded his company, Green Roofs of Colorado, in 2006. “Sustainability has taken a backseat in these developments and the Green Roof Initiative is a way for the city to show leadership in sustainability and resiliency.”

While green roofs have a long history in Europe, dating back to the 1970s in Germany, they have been relatively slow to take hold in North America. However, the industry is growing, having experienced double-digit annual growth in North America for the last decade. The North American green roof industry grew by an estimated 10.3 percent between 2015 and 2016, according to an annual survey conducted by Green Roofs for Healthy Cities (GRHC), a nonprofit industry association.

In 2010, Toronto, which served as a model for Denver, became the first city in North America to require all new developers to cover between 20 and 60 per cent of their structures with vegetation, depending on the size of the building. San Francisco followed suit in 2016 as the first U.S. city to require green roofs on new construction projects.

While it’s still too early to see the impact in San Francisco, The Torontoist reported that Toronto now boasts over 500 green roofs, and the metropolitan area had more square footage of green roofing installed in 2016 than any other North American city, according to GRHC. The survey noted that municipalities with supportive green policies have the highest rates of green roof installations.

The Green Roof Initiative will be building on impressive strides Denver has already made in terms of green architecture. For instance, every year since 2010, Colorado has been recognized as one of the top ten states for LEED-certified real estate by the United States Green Building Council (USGBC). LEED, or Leadership in Energy and Environmental Design, is the most widely used green building rating system in the world.

Bousselot says that there are currently around 50 green roof projects in Colorado. The green roof of the Denver Botanic Gardens, built in November 2007, was the first green roof on a city-owned building and the Denver Museum of Contemporary Art also uses their green roof as an area for art exhibitions.

One of the factors that differentiates Denver from Toronto and San Francisco is that its green roof initiative was citizen-led. In October, Denver mayor Michael Hancock criticized the mandate, saying that it hindered efforts to incentivize green infrastructure. Opposition groups raised almost $250,000, nearly 12 times the money spent by the grassroots campaign that spearheaded the Green Roof Initiative.

Voters nevertheless passed the ordinance with an 8.8 percent margin.

“These results show the values of Denver residents. It’s time to be leaders on sustainability. Even with a 12-1 fundraising disadvantage, we still prevailed,â€ says campaign organizer Brandon Rietheimer.

Bousselot adds that Denver is now poised to become a model for other cities in Colorado – and the rest of the United States. “In the green roof world, the pattern typically starts with one leading municipality initiating it,â€ she says. “Then others follow.â€