Skip to content
Home > CO > Longmont > Where to Live Now > 8 Reasons to Move to Longmont, CO

8 Reasons to Move to Longmont, CO

Boulder might get more attention, but here's why Longmont — a fun, gorgeous city with a thriving tech scene — deserves a closer look. 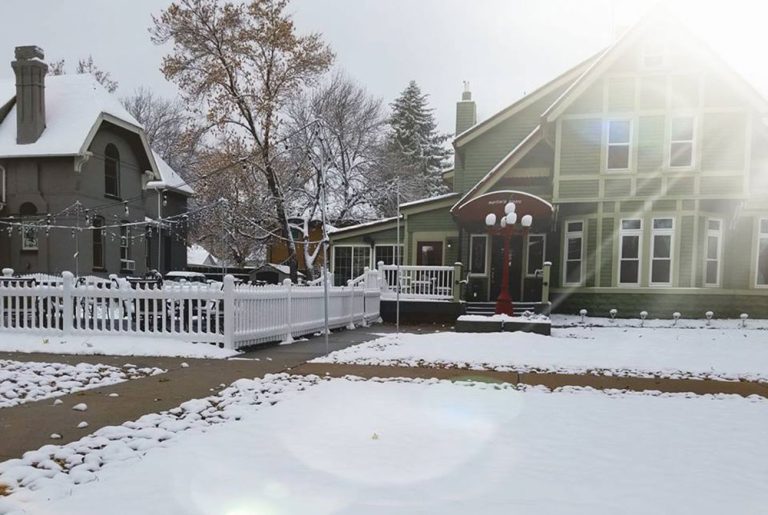 In between Denver and Fort Collins along Colorado’s I-25 corridor is a scrappy, mid-sized city with a big personality: Longmont.

With a lively downtown, innovative craft breweries and ample opportunities for outdoor recreation, this city is one of Colorado’s true hidden gems. Though Longmont sometimes gets overlooked, it’s a fabulous place to live (just ask its 90,000 residents!). Looking for a beautiful and welcoming place to relocate? Here are eight reasons you’ll want to move to Longmont ASAP.

Longmont has a lot going for it – high-speed fiber internet for everyone, a lower cost of living compared to other cities along the Front Range and a great quality of life. Those reasons, among others, are why many tech companies love Longmont and have made it their home. With schools such as the Colorado School of Mines, Colorado State University and the University of Colorado Boulder not far away, Longmont companies can also easily attract ambitious, talented employees. You’ll find jobs at Seagate, DigitalGlobe, Xilinx, Micron Technology and tons of other technology companies and startups.

Looking for a new gig in STEM? Be sure to add Longmont to your job alert list.

If you’ve ever sipped a delicious craft beer from a can, you have Longmont’s Oskar Blues Brewery to thank for that innovation. In 2002, Oskar Blues became the first craft brewery to put its beer into cans. Many of us take this for granted now, but it was a revolutionary move at the time. The company’s headquarters are in Longmont (at the Tasty Weasel Tap Room), and you can also visit several of their restaurants while you’re in town.

Beyond that, there are lots of tasty craft breweries in Longmont, including Wibby Brewing, Left Hand Brewery, Grossen Bart Brewery and many others. Can’t decide which one to visit? That’s not a bad problem to have. Consider hopping on the Longmont Brewhop Trolley, which will take you to breweries all over town on the weekends.

Why Longmont, CO Is One of America’s Best Places to Live

It’s easy to live and work in Longmont, then go on an adventure after work or on the weekends. From Longmont, you’re just 40 miles from Rocky Mountain National Park and even closer to the foothills, which offer some incredible hiking and mountain biking trails. The city is also home to Union Reservoir, which offers 736 acres of boating, kayaking, stand-up paddleboarding, fishing, camping and more (there’s even an off-leash dog swim area!).

The city also has a strong cycling, running and triathlon culture, with shops such as Shoes & Brews and Cyclhops Bike Cantina blending food and drink with running shoes and cycling gear. There are tons of running and cycling meet-up groups, so you’ll find your tribe in no time if you love endurance sports or just want to try something new.

If you’re super active or you just love spending time outdoors in Colorado’s 300-plus days of sunshine, Longmont is the city for you.

4. There’s High-Speed Internet for Everyone

We mentioned this earlier, but it bears repeating: Longmont, which calls itself “Gig City,â€ offers high-speed fiber internet to everyone. The city, which has had its own electric utility since 1912, began installing its fiber-optic broadband network in 2014. Construction is still underway in parts of the city, but soon, every home and business in Longmont will have access to high-speed internet. The city’s service was even ranked the fastest in the United States by PC Magazine last year.

The people who choose to live in Longmont are super passionate about their city, and that totally comes across when you talk to them. Part of this pride may stem from a bit of sibling rivalry with Boulder, which often gets all the national attention. But it’s also a genuinely great place to live, and people want to spread the word. There are even shirts and gear with phrases like “Longmont vs. Everybodyâ€ created by a local shop on Main Street.

If you’re searching for a city with pride in its identity, consider Longmont – you won’t be disappointed.

Downtown Longmont’s Main Street is completely walkable, which makes browsing the locally owned shops and restaurants a fun way to spend an evening. Grab dinner at Jefes Taco & Tequila (they make their own spicy margarita rim salt!) or at Rosalee’s Pizzeria (check out their awesome patio out back), then grab a few scoops of ice cream from Scrumptious, which doubles as a candy and soda shop. From there, stroll around downtown to check out Longmont’s many public art exhibits, including a larger-than-life bear sculpture titled “Ursa Major.â€ If you have time, grab a nightcap under the stars at Martini’s Bistro.

If you move to Longmont, you’ll no doubt find yourself spending lots of time leisurely meandering up and down Main Street in your free time.

Incredibly, one of the main reasons people visit Longmont is because of cheese. Yes, you read that right. The ever-popular Cheese Importers has been in business for more than 40 years and is a Longmont staple. It’s part French restaurant, part European marketplace, part gift shop, so there’s a little something for everyone who stops by. They have hundreds of cheeses to choose from (literally, an entire refrigerated room full of cheese!), along with chocolates, oils, spices, olives, cured meats and other artisan snacks. Their gift shop is full of kitchen gadgets, pretty linens and unique knick-knacks.

8. This City Has History

Longmont’s story began nearly 150 years ago. In 1870, a group of people decided to move from Chicago to Colorado and create a new “Chicago-Colorado Colony.â€ The city’s founders sold memberships to this new city, which covered the cost of 60,000 acres in northern Colorado. By 1871, after bringing building materials to the area, they named the town Longmont in honor of the towering mountain called Longs Peak, which stands guard over the city. Settlers from Sweden, Germany, Mexico, Japan and other countries arrived in Longmont. You can still see remnants of the original settlers today, from the town’s grid layout centered along Main Street to some of its street names, inspired by the names of the city’s founders. There are also some adorable old houses in the center of town, many built in the late 1880s and early 1900s.

Another fun historical fact: the man who founded JCPenney got his start in retail at several shops on Longmont’s Main Street.

8 Reasons to Move to Colorado

The bottom line? If you’re looking for a beautiful city with a rich backstory, great food and a thriving tech scene, Longmont is the place for you.