Agriculture, Food Systems Are On the Grow in Pueblo 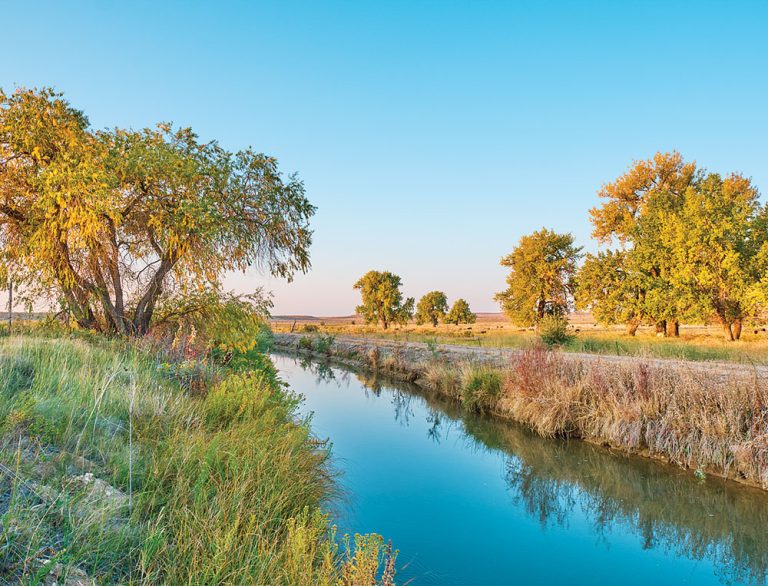 Whether it’s debuting a food hall, educating people about food systems or advocating for the protection of farmland, Pueblo, CO, is more than dedicated to its food and agriculture heritage.

The Bessemer Farmland Conservation Project, a community-led initiative with the goal of maintaining a critical mass of Pueblo’s most productive irrigated farmland, is a perfect example of this passion.

Shane Milberger of Milberger Farms has been farming near the Bessemer Ditch for 35 years. The Bessemer Ditch is a 40-mile irrigation canal that diverts water from the Arkansas River to farms in eastern Pueblo County and irrigates roughly 15,000 acres of farmland.

“We’ll be supporting multigenerational farming families, as well as the businesses and industries that rely on agriculture.”

In 2009, a third of the water rights were sold by farmers to the Pueblo Board of Water Works to meet the needs of a growing population and to secure the City of Pueblo’s water future. This type of transaction is known as “buy-and-dry” and sometime in the future, the farms that sold their water will be taken out of production. Where buy-and-dry has happened before, adjacent towns have become desolate.

Palmer Land Conservancy, a Colorado-based land trust with an office in Pueblo, “is very concerned that this doesn’t happen here,” Milberger says. “So, they are collaborating with farmers and other stakeholders to keep the farmland in production.”

Dillon O’Hare, community conservation manager for Palmer and the Bessemer Farmland Conservation Project, says Palmer’s work stems from what has always been a community-driven pursuit to support farming families.

Market’s famous sausage and family-like atmosphere draw customers from near and far.

United by Food in Pueblo

An alternative support of local food and agriculture is the now-annual Sun Soil Water Summit, hosted by the Pueblo Food Project.

Megan Moore, the program manager, says the project brings together the food systems in Pueblo by supporting farms, farmworkers, restaurants and the local food economy, and making food access “a little bit better.”

“I think everybody can agree that food is something everyone needs … We all have a relationship with food,” Moore says. “Being able to learn more about your local food system is a blessing because you learn how to support it in the best ways.”

And speaking of food systems, a brand-new one is expected to open by early fall. The Fuel & Iron Food Hall will serve as an incubator for the next generation of Pueblo restaurants and a culinary and community hub for residents.

The hall will consist of five restaurant spaces run by local chefs and will provide all necessary kitchen equipment.

“Our big goal is to make Pueblo the best place in Colorado to launch a food-and-beverage businesss.”

Moreover, food hall operators will perform all front-of-house tasks so restaurateurs can focus on their products, building a customer base, and putting money away for an eventual stand-alone space, says Nathan Stern of Broad Street Realty, the hall’s co-owner and developer.

Fuel & Iron will also have an urban farm, set to be completed in 2023. The roughly half-acre site will include a mixture of raised beds, in-ground planting and a greenhouse for vendors to use. “We don’t think there’s any reason it can’t be the leader in farm-to-table food,” Stern says.