This city in Southern Colorado offers a great environment for startup successes. 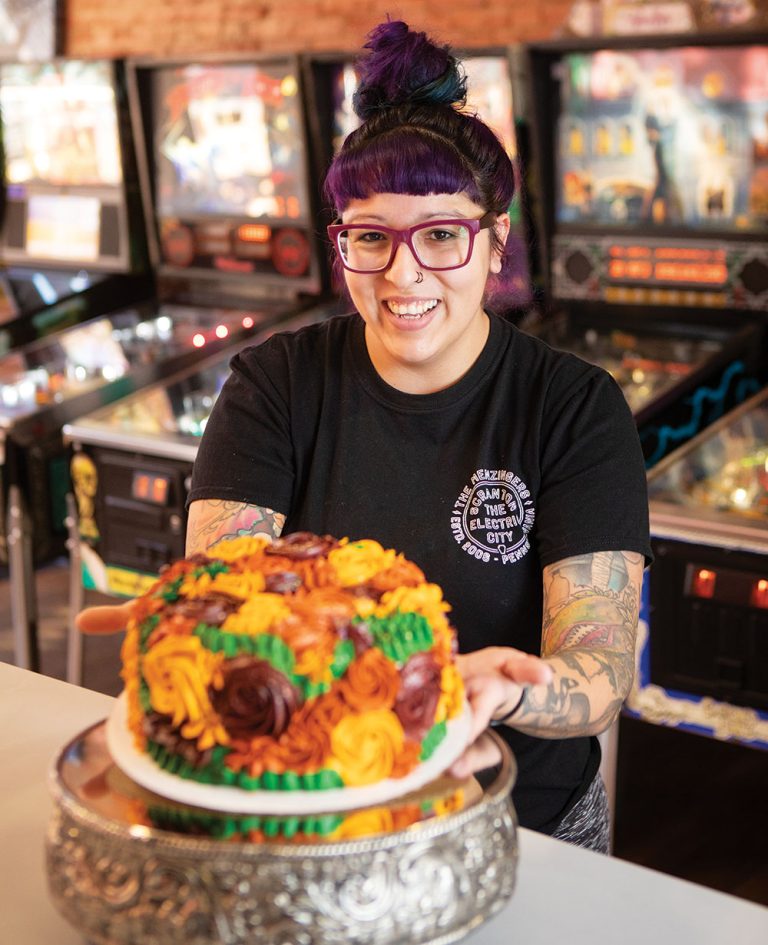 Pueblo, CO, is buzzing with all the best elements of an urban area – art, culture, food, history, entertainment, the list goes on and on. But part of what makes Pueblo such a unique and thriving community is its collection of local entrepreneurs and their must-have products and services.

A beloved local bakery in Pueblo called Bite Me Cake Co. is just one example of a small business that is thriving in Pueblo. Nick Baca, who took ownership of the bakery in 2018 (it opened in 2011), largely credits its ongoing success to an extremely supportive community. “The community never gave up on us,” he says. “That’s been amazing.”

“Pueblo has a great community. We couldn’t have done this without it.”

Baca says it was the support throughout the pandemic, in particular, that really made a difference, and its recent addition of a retro arcade bar in the bakery’s basement is meant to both satisfy a need within the community and express gratitude.

“The community really supported us (during that time), and opening the bar was meant to give back,” he says, noting that the bar has an array of pinball machines and space that can be rented for private events. “Pueblo has a great community,” Baca says. “We couldn’t have done this without it.”

Agriculture, Food Systems Are On the Grow in Pueblo

Helping Pueblo’s small businesses succeed is a highly supportive community and multiple resources. The Business & Technology Center (BTC), for example, provides an incubator space where startups and fledgling companies can find targeted resources and services for all stages of growth.

Even when a business is ready to move to its own space, the BTC offers leasing for private offices and suites as well as temporary workspaces for out-of-town businesses. A number of coworking spaces are also available should an individual or a small company need an area to work, such as The Ethos.

For Blue Bison Soapery’s Claudia Sammer, she credits the shop’s success to the support of Pueblo’s other local businesses, available resources and her landlord.

Though Sammer and her boyfriend (who helps her run the business) weren’t Pueblo residents previously, a chance to get to know the area better arose when her boyfriend moved there for a business venture in September 2020.

“We were downtown, and I saw some magazines lying around about local businesses, especially on Union Avenue,” Sammer says. “It’s always been my dream to open a store, and I’ve been making soap for five years now, so we had a conversation with the owner of a space and were told there were a lot of opportunities here. Then we stopped at several other businesses and asked them about their experiences.”

Sammer did her research on Pueblo before “taking the leap” and launching Blue Bison Soapery in December of 2020. The pandemic, however, did bring challenges.

“I thought, ‘If we can make it through this, we can make it through anything,’” says Sammer, who also notes that having an experienced landlord helped facilitate the process of starting a business. “Our landlord has been in business for 10-20 years, and having her experience plus the insight from the boutiques all around us really helped. Plus, it’s more affordable to launch a business here than in Denver, so there is less risk.”

Now, Sammer is moving her store into a bigger space a few doors down from its current storefront.

Market’s famous sausage and family-like atmosphere draw customers from near and far.

Don’t Sleep on This Growing Company

Local business Snooze Mattress Company, which hasn’t even hit its three-year mark of being in business, is growing exponentially, with shops popping up throughout Colorado as well as other states, like Arizona, Kentucky, Texas and California, with plans to open five locations in California alone on the horizon.

These are just a few examples of thriving companies in Pueblo, as the region boasts many others that have also benefited from the community’s resources and support.