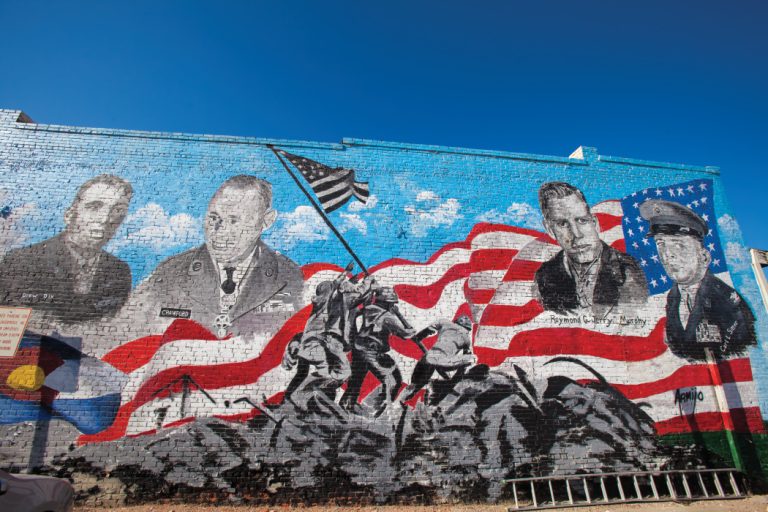 While all servicemen and servicewomen deserve respect for their service, there is a select group of people who have distinguished themselves far exceptionally – Congressional Medal of Honor recipients. There have only been around 3,500 recipients (don’t call them “awardees” or “winners,” as they’re quick to point out they didn’t “win” anything) in our nation’s history, and the relatively small city of Pueblo has produced four of them. As such, Pueblo is know as “Home of Heroes.”

The 10 Best Cities for Veterans

Jim Stuart, President of the Pueblo Home of Heroes Association, says Pueblo’s four medal recipients have set a tone of humble gratitude for military service throughout the community.

“Their [lives] are changed forever by the responsibility and recognition under which they must live. I think they feel a great responsibility to uphold the values the medal represents and wear it in memory and dedication to those of their unit who lost their lives,” Stuart says.

They set an example that has inspired this community to continue to preserving their stories and using them to educate future generations.

“During the time our four recipients grew up in Pueblo, it was known as a ‘blue collar’ town in which many of our men worked in industrial jobs and tended to form strong bonds with the team of men with which they worked,” Stuart says. “This loyalty and concern for your buddies was part of our local culture and I think it had an impact on these four men.”

These heroes, along with all servicemen and servicewomen, are celebrated in Pueblo through more than 30 monuments and plaques, memorials and annual parades. In September 2017, the community will host the National Congressional Medal of Honor Society’s annual convention for the second time.

A decade after the convention, more than 5,000 people crowded downtown Pueblo on Veterans Day 2010 to celebrate the reveal of Veteran’s Bridge, a pedestrian bridge on whose surface the names of more than 6,000 veterans are engraved. Then in 2011, the city opened the Center for American Values, which honors the city’s Congressional Medal of Honor recipients while also providing educational programs aimed at developing future generations of American patriots.