Looking to get the most bang for your G.I. Bill buck? We've got you covered. 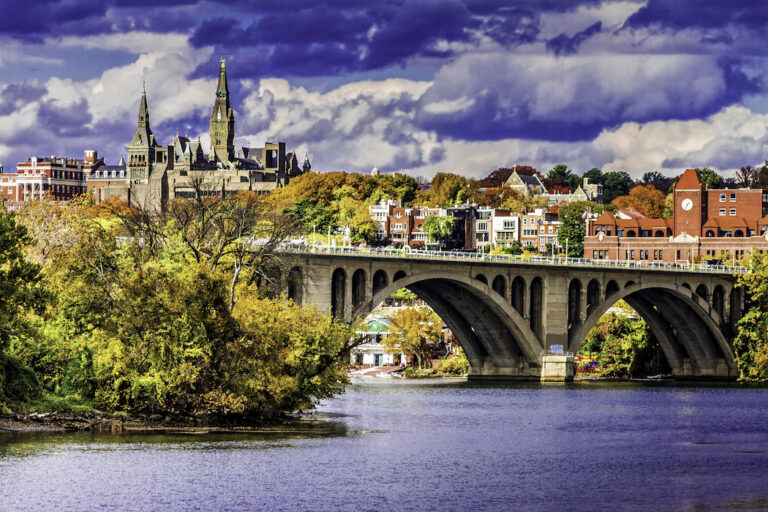 If you’re active duty military, you’re stuck living where Uncle Sam tells you. But when you separate from your service, the whole country is available to you, from sea to shining sea. Picking a new place to hang your civilian hat can be fun, but also intimidating. Do you settle near family? Or pick that big city you’ve always wanted to live in?

At ease, soldier: Here’s How to Make a Military Move

If you’re planning on using your G.I. Bill benefit to go to college, that can help narrow down your choice. To figure out where your G.I. Bill goes the farthest, we took our list of the 100 Best Places to Live in the U.S. and looked for areas with great schools. We didn’t shy away from high-rent locations either, as the G.I. Bill’s monthly housing check is bigger in these locales to compensate. (It’s usually identical to the standard Basic Allowance for Housing rates). So the more expensive the location, the more money you make from your benefit in the long run. Emphasis in our list was placed on undergraduate degrees. What we came up with is 10 Best Places to Maximize Your G.I. Bill Benefits.

Don’t let the high cost of living in the DC area scare you. The housing allowance for an E-5 with benefits is $2,268 a month. And with two of our top 100 places to live within a subway’s ride of the city, the area is surprisingly livable. With its proximity to the capital, the Georgetown’s relationship with veterans runs deep, including an entire department dedicated to serving them. You’ll also find plenty of places your veteran status will benefit you, from a huge array of VA hospitals nearby to free admission at area attractions.

Afraid of the coastal cost of living? Don’t be. Boca Raton is towards the top of the Housing Allowance chart, with an E-5 with dependents pulling in $2,379 per month. But along with some of the most beautiful people in the world, south Florida also has some of the highest quality of life. The weather can get a little hot in the summer, but you’re never going to go more than a day (if that) without seeing lots of sun. For years, FAU was known as primarily a party school, but that’s changed at least some, with the university investing millions in research and development. The Florida coast also has military installations and National Guard and Coast Guard stations up and down it.

Beachin’ on a budget: The 6 Most Affordable Cities in FL

Swanky Irvine might not have a lot of low-cost housing options, but the Department of Defense is going to send you $2,475 for your housing allowance if you’re an E-5 with dependents. It also just happens to be roughly 15 minutes from one of Orange County’s hottest beaches—Newport Beach. Really, its location, roughly an hour south of Los Angeles, puts you a short drive from just about anything you can imagine, including military installations. There are Navy, Marine, Coast Guard and California National Guard facilities all up and down the California coast.

The University of North Carolina is one of three schools that claim to be the oldest public university in the country. And Chapel Hill is another one of those towns that straddles the perfect line between rural (57,000 residents as of 2010) and vibrant. The town also scored near the top of our Top 100 education index, which combined with the lifestyle available there, makes it maybe the perfect place to settle down with a family.

If America’s heartland is your cup of tea, Iowa State University and Ames are a great combination. Ames that small-town vibe, but also the energy of a college town , and it’s just a 40 minute drive from Des Moines. You might not get all of the big city benefits, but you also avoid the hustle and bustle that comes with a downtown university. Ames also scored extremely high (#15 out of 100) on our economic scale, meaning that once your time in college is done, you’ll have plenty of job opportunities in this extremely livable town. If you study hard, that is.

Frequently ranked as one of the best research institutions in the country, the University of Michigan has 43,000 students, an endowment of more than $10 billion, and has been around since 1817. The university is regularly ranked in the top 50 colleges in the country, and at #8 on our 100 Best Places to Live, Ann Arbor proves its status as one of the great college towns in the America. It got that status by combining great housing options with the youthfull quality of life you’d expect from having 43,000 college students hanging around.

Boulder isn’t for everybody. If you hate being outside in perfect weather, for example, it’s probably not for you. If you can’t stand the idea of living an active lifestyle with some of the most beautiful mountains in the world surrounding you, you should probably stay away. The town can be quirky, but its university attracts some of the country’s leading educators. (They also boast of having 18 astronauts associated with the university.) It’s a great school in a great town. Just be aware that its hippie resident base might lean a little liberal.

8 Reasons Why Boulder, CO is the City You’ve Always Dreamed Of

Madison is Wisconsin’s capital in name and in quality of life. It’s one of those towns that’s big enough to have everything you’d want (concerts, dining and entertainment options, plenty of things to do indoors and outdoors), but small enough that you can live there without feeling like a rat in a maze. The university is just on the edge of downtown, with an extremely walkable downtown area crammed with bars and restaurants. The university also has a veterans office to help you better navigate your benefits. If you’re able to brave the somewhat-harsh winters, Madison is an amazing town in which to live.

Bellevue ranked second on our 100 Best Places to Live list, and for good reason. It has great housing options, an amazing quality of life, and several great university options to choose from. The University of Washington is one of the best, benefiting from Seattle’s reputation for being a center of a new tech boom, with Bill Gates’ father currently serving on its board. It’s on the large side (45,000 students), but with that size comes sports teams with NCAA Division 1 status and world-class facilities.

Sitting right atop of our 100 Best Places to Live in 2016 is Rochester. The town is best known for being the home of the Mayo Clinic, which makes UMR unsurprisingly a killer research facility. It’s one of the youngest institutions on our list, founded only in 2006, but it makes the list based on Rochester’s status as one of the best places to live in the country. And if you’re planning on spending your G.I. Bill while you serve in the National Guard or Reserves, there are plenty of options for every service.