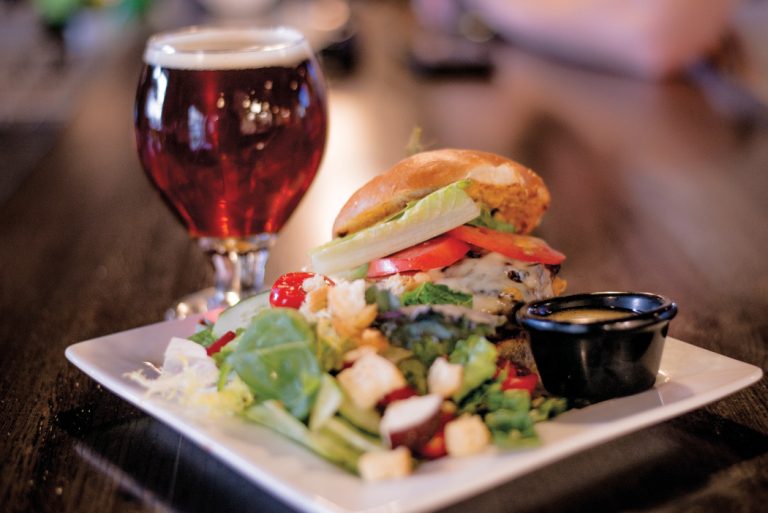 Most residents would agree that you can’t talk about Pueblo without talking about the Pueblo chile pepper. The two are practically synonymous. From restaurants that boast menus full of the plant’s fiery flavors to the annual Chile & Frijoles Festival presented by Loaf ‘N Jug, the town never misses an opportunity to pay homage to the power of the pepper.

Milberger Farms, a chile producer, took first prize in the appetizer category with its Stuffed Pueblo Popper. The Pueblo Popper pepper is similar in taste to the popular Mira Sol chile pepper, but has a hollow center, perfect for stuffing. Milberger’s also operates a deli, which features such chile-inspired dishes as the White Trash sandwich, a grilled concoction of fried bologna, Pueblo chilies and potato chips; and the Italian Slopper, homemade Italian sausage smothered in green chile sauce and cheese.

Brues Alehouse scored twice, taking home the prizes for best entree, the Pueblo Chile Tortilla Lasagna, and best dessert, a Pueblo Chile Truffle. Brues’ Chef Brian Blasnek created the winning entree, a lasagna layered with corn tortillas, chicken and green chili. Pastry Chef Isabel Burson experimented with spicy and sweet flavors, mixing chocolate and the Pueblo chile to create her truffle dessert. Brues is no stranger to flavor experimentation, offering a large menu of inventive craft beers, many of which are brewed on site. Anchoring the Riverwalk District, Brues is a gathering place for locals and visitors alike, with live music most weekends.