Skip to content
Home > CO > Pueblo > Love Where You Live > Pueblo Pride: How One Community Celebrates Its Past 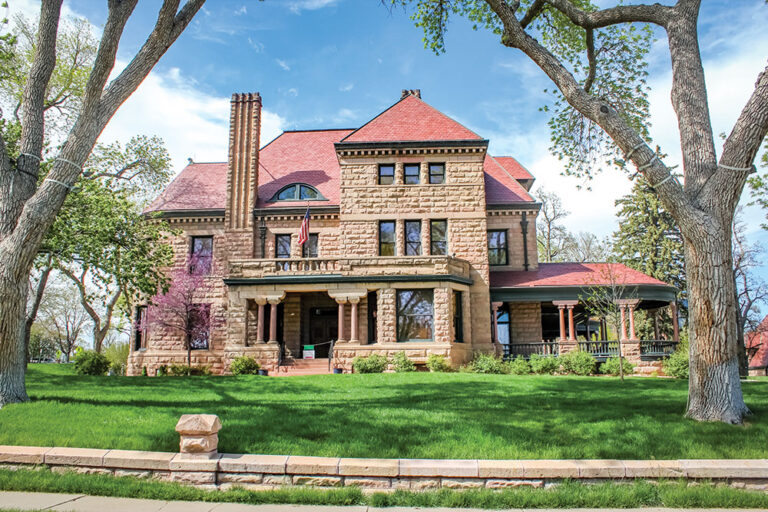 Author Pearl Buck once said, “If you want to understand today, you have to search yesterday.”>

Those who call Pueblo home understand that its centuries of history are what make it unique, from the geological deposits made at Lake Pueblo 90 million years ago to its famous annual Chile & Frijoles Festival.

A Time To Celebrate

In 2020, Pueblo planned to throw a yearlong 150th birthday bash with celebratory events around town. While that had to change due to the pandemic (Pueblo’s events have been postponed until 2021), there are numerous ways visitors and locals can celebrate the city’s past any time.

The Pueblo area has been a mÃ©lange of indigenous, Spanish and white American cultures since the 1500s when the area was populated by Ute and Comanche tribes and the Spanish. In the 1830s, the city was an important trading post specializing in buffalo hides and liquor â€“ a true Wild West outpost.

“There are indigenous and Hispanic families that have been here for generations and generations, since when the Mexican border was right here,” says Alyssum Skjeie, director at the El Pueblo History Museum. “Our Borderlands exhibit at the museum goes into the history of all the different people and cultures that came together here, and it really helps people grasp the idea of how that has shaped what is now Pueblo.”

El Pueblo Trading Post was a nexus of cultures that coexisted, intermarried and experienced conflict. The Colorado Gold Rush brought thousands of white fortune-seekers and, after the Civil War, large ranches like the Goodnight Ranch were on the route for driving cattle north from Texas.

Today, there’s a project underway to restore its stone barn and create an event center. “We hope it will be a great place for Western history lovers, with a carriage and a chuckwagon,” says Laurel Campbell, co-chair of the Goodnight Barn Preservation Committee.

History in the Making

Pueblo officially became a city in the 1870s when the Denver & Rio Grande Railroad arrived and, shortly after that, Colorado Fuel and Iron opened the first steel mill west of the Mississippi River, smelting gold, silver and carbonate ore.

The city flourished during the next several decades, including the construction of churches, schools, stores and other buildings in the downtown area and lavish homes, like the 37-room Thatcher family home, now the Rosemount Museum, which is open for tours and gives guests an idea of what life was like at the turn of the century.

The steel mill itself recruited workers from around the globe at one point, and the city published newspapers in 35 different languages. Workers also came from Great Britain and Canada.

Today, there are still distinctive ethnic neighborhoods and restaurants in town.

Some families have worked at the steel mill (which is still in operation) for generations. Plus, visitors can learn all about this cornerstone of Pueblo’s history at the Steelworks Museum of Industry and Culture.

Another important facet of Pueblo’s history is the Flood of 1921. Almost five days of continuous rain resulted in the Shaffer Dam breaking and the Arkansas River flowing through the area. The flood, which caused hundreds of deaths and tens of millions of dollars in property damage, was the worst flood in Pueblo’s history and one of the worst in Colorado’s. Despite the damage, Pueblo bounced back quickly and was up and running in a few years.

Pueblo also has a history of being a hub for saloons, gambling and prostitution, which occurred because it was a stop for trains coming and going from several destinations.

“Until about 25 years ago, the district around Union Avenue had quite the reputation,” says Spencer Little, museum coordinator at the Pueblo Heritage Museum. “Tivoli Brewery and Schlitz had saloons, and people would come to town on the train, stay overnight and loosen their buttons.”

In 1950, ranching and agriculture became economic mainstays, producing cattle, melon and the beans and chiles the area is famous for.

Those beans and chiles take center stage at the annual Chile & Frijoles Festival, which has been held for the past 27 years, creating quite a history of its own. And what a delicious way to celebrate Pueblo’s rich history.