Skip to content
Home > CO > Pueblo > Where to Live Now > 8 Reasons to Move to Pueblo, CO

8 Reasons to Move to Pueblo, CO

Long-known as "Steel City," Pueblo boasts a diversified economy, an impressive array of recreational opportunities and a blissfully low cost of living. 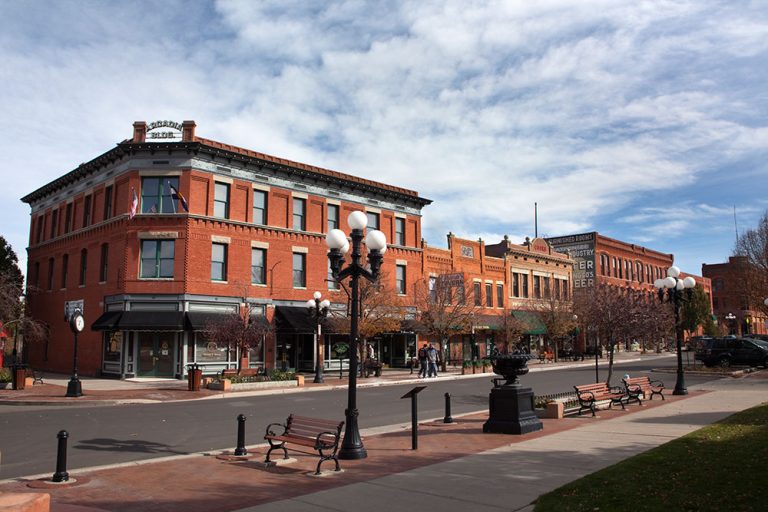 The city of Pueblo, which is located 40 minutes southeast of Colorado Springs, remains one of the major steel-producing cities in the country, yet it’s now better known for its arts and culture, outdoor recreation, and a low cost of living – all of which make it the envy of cities across the western United States. Many Coloradoans refer to Pueblo as “The Home of Heroesâ€ (a moniker the city adopted in 1993, when it counted four living Medal of Honor recipients among its residents), however more and more people are simply calling it “home,” thanks to the reasonable cost of real estate, abundant sunny weather and many other appealing amenities. Here are eight:

Raise a Glass to Pueblo, CO’s Breweries & Other Spirited News

People who enjoy four distinct seasons with lots of sunshine find a lot to like about Pueblo, as the high desert climate offers upwards of 300 sunny days per year, without the extreme heat common to many desert climes, or the extreme cold of other high elevation cities in the west.

The climate and landscape also make Pueblo and the surrounding region an outdoorsman’s paradise, with exceptional hiking, biking, kayaking, fly-fishing and golfing opportunities most of the year. Notably, too, several nationally-recognized Colorado ski resorts are just a few hours away (Breckenridge and Monarch are two examples), which is close enough to satisfy those who enjoy skiing and snowboarding.

The area’s local parks are a selling point, too. Consider Lake Pueblo State Park, popular with boaters and fisherman alike, as well as City Park, which features the Pueblo Zoo, which is home to more than 400 animals, including lions, otters and penguins.

The Pueblo Riverwalk is another popular destination for residents, especially between June and September, thanks to the Farmer’s Market and Movie Nights on the River, as well as annual events like the Steel City Brew Fest and the Boats, Bands & BBQ Festival. Riverwalk is also home to some of the city’s favorite eateries, including Grahams Grill and Angelo’s Pizza.

Of course, any mention of the local food scene must highlight the popularity of locally-grown Pueblo chiles, which all the best restaurants in Pueblo have integrated into their menus. In fact, Pueblo chiles are known far and wide, which helps explain the popularity of the annual Loaf ‘N Jug Chile and Frijoles Festival, held on the third weekend after Labor Day. Each year, upwards of 100,000 revelers pay homage to the area’s best known crops, while the festival also features live entertainment and both a 5K and 10K walk.

Residents who prefer a different kind of cultural experience gravitate to the Sangre de Cristo Arts & Conference Center, a multi-disciplinary center located in downtown Pueblo that features the Sangre de Cristo Ballet and Buell Children’s Museum, as well as a variety of other music- and arts-oriented programming. Locals can also enjoy the Pueblo Symphony, as well as the theatrical productions of the Steel City Theatre Company.

CSU – Pueblo is also a big part of the local community, not merely because of its academic programs, but because of the prominence of its athletic programs. In 2014, the CSU-Pueblo football team won the Div. II National Championship, to name but one ThunderWolves success story.

Last but certainly not least, prospective residents find it hard to ignore the great values available in Pueblo’s housing market, with 86 percent of homes under $200,000. Take a moment to learn more about the best neighborhoods in Pueblo.