Colorado is one of the most popular relocation destinations in the country. Here are a few things about the beloved state that only locals know. 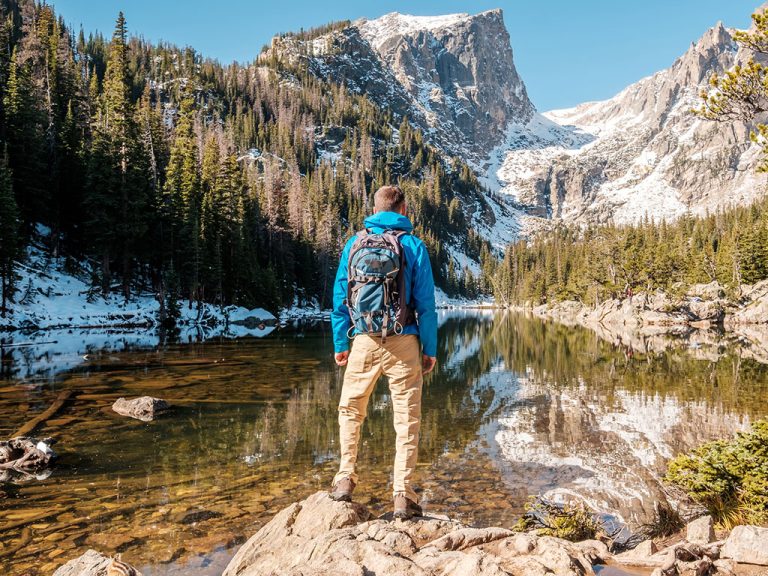 Growing up in Colorado gave me a wealth of knowledge about my home state, but one of the best things about living in a place as large, quirky and multifaceted as Colorado is that I feel like there’s still so much to explore and discover. From the glitz of Aspen’s ski slopes to the proudly offbeat culture of Boulder, there’s plenty to enjoy in Colorado for every taste.

Thousands of people move to Colorado ever year – and for good reason – but there are certain things about living in Colorado that only locals know. Here are a few truths about Colorado that might surprise you.

1. We have four seasons and we aren’t all mountains.

Colorado is known for its mountain range but actually has tremendous geographic diversity. Forty percent of the state is made up of the Eastern Plains, a region known for agriculture and livestock. Southern Colorado is home to the tallest dunes in North America, the Great Sand Dunes, while the Western Slope is known for its orchards and wineries. Pagosa Hot Springs is the world’s deepest geothermal springs – no one has been able to measure it past 1,002 feet; likewise Glenwood Springs is the world’s largest hot springs pool.

Colorado boasts 300 days of sun a year, making it one of the country’s sunniest states. Since there’s no way to truly measure sunniness according to the Colorado Climate Center, technically we only have 115 truly “clearâ€ days and the rest are just “partly sunny.” But if you’ve ever lived in a place that’s perpetually overcast, that still sounds like a pretty good thing.

3. Our fourteeners are kind of a big deal.

The United States has 96 fourteeners (peaks with an elevation of 14,000 feet or more) and a whopping 53 of them are in Colorado. Ascending the peaks is a common pastime for many Colorado residents; many aptly named “peak baggersâ€ share the goal of climbing them all and use checklists to keep track. Colorado is also home to several companies that produce climbing and mountain gear like Kelty, La Sportiva and Sierra Designs.

Colorado is the birthplace of several notable American cultural icons. The word “cheeseburger” was trademarked in 1935 by Denver’s Louis Ballast of Humpty Dumpty Drive-In. The first teddy bear was made by the housekeepers at The Hotel Colorado in Glenwood Springs in honor of president Theodore Roosevelt’s visit. In 1893, Frank J. Wisner of mining town Cripple Creek was inspired by a snow-capped mountain to create a drink he called The Brown Cow, now more commonly known as the root beer float. Jolly Rancher candies call Colorado home – they were created in 1949 by Golden resident Bill Harmsen. The popular fast-casual Mexican restaurant Chipotle was started in Denver by Steve Ells, whose goal was to sell 100 burritos a day (spoiler alert: he reached his goal).

5. Not everyone here skis.

Contrary to popular belief, not everyone in Colorado skis. As a native Coloradan, I know plenty of people who aim to break 100 days on the slopes, but I also know countless residents who don’t ski at all, despite having some of the best ski country right in our backyard. Luckily, outdoor enthusiasts can take advantage of world-class golfing, rafting, mountain climbing, camping, hiking, hunting, mountain biking, ziplining, fishing and horseback riding instead.

The Best Mountain Towns for People Who Don’t Ski

6. We have a long and fascinating history.

Mesa Verde National Park is one of the most interesting archeological sites in the world. Its more than 4,000 protected sites date back to 600-1200 A.D. It is the home of 600 well-preserved cliff dwellings built by the Ancestral Puebloans, who farmed beans, squash and corn in addition to hunting the local wildlife like deer and rabbit. After taking in the panoramic views at the nearly 60,000 acre park, drive to the nearby Four Corners monument, where you can put yourself in four states – Colorado, Utah, New Mexico, and Arizona – at once.

7. There’s more to Red Rocks than rockin’ out.

Red Rocks, a natural rock amphitheater, attracts thousands of music lovers every year seeking to cross this one-of-a-kind venue off their bucket list. Opened in 1941, the stage has welcomed acts like The Beatles, U2 (they filmed the video for “Under A Blood Red Sky” there in 1983) Jimi Hendrix, The Grateful Dead and countless other acts. However, Red Rocks isn’t just for concert-goers. On Saturday mornings a free 3-hour workout attended by more than 200 people is fondly known as It Burns, Joe Fitness. There are also yoga classes, church services and miles of hiking and biking trails on the 628-acre park surrounding the amphitheater.