Three Reasons To Go For An Executive MBA

An executive MBA can pay off in many ways for working professionals serious about their careers. 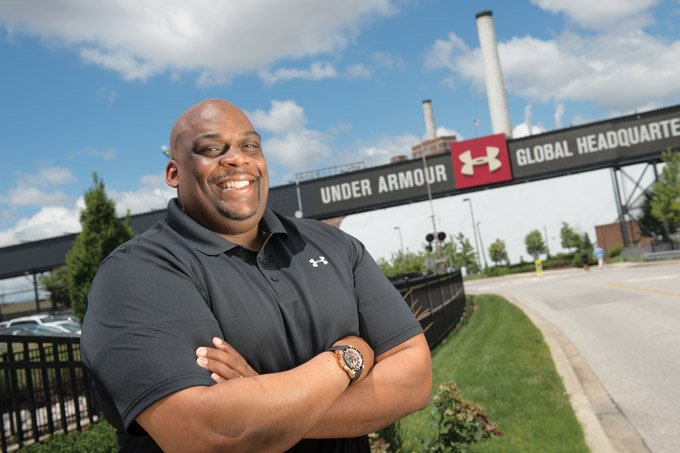 An executive MBA can pay off in many ways for working professionals serious about their careers. Two alumni and a current student at the University of Maryland’s Robert H. Smith School of Business share their own reasons for enrolling.

As a former defensive tackle for the Washington Redskins and New England Patriots, Under Amour’s Troy Barnett knows something about teamwork. Players focused on the same goals push each other to succeed, and the same principle applies in business.

“That’s what makes executives successful – building teams, being around great people and being exposed to different mentalities and ideologies,” says Barnett, who started his post-NFL career at Reebok and now works at Under Amour as senior director, technology business partner for corporates services, creating global technology road maps to support the company’s explosive growth.

Despite his career’s upward trajectory, Barnett recently decided to earn an executive MBA to stretch himself and gain exposure to new ways of thinking. He says he chose the Smith School because of the high-caliber teammates he would encounter in the classroom.

“What drew to me to the Smith EMBA program was the cohort setup, and that I’d be able to meet with business leaders every other weekend,” he says. “I wanted to build those relationships.” Barnett, who will graduate in July 2017, especially wanted to collaborate with working professionals from different industries.

2. BANK ON THE FLEXIBILITY

Balancing professional and family obligations can be tricky, especially for someone who enjoys coaching his daughters’ soccer and basketball teams. So when Trevor Garner decided to add an executive MBA program into his work-life mix, he needed something flexible.

“For me, the Smith EMBA program was absolutely critical, not just because of the quality of the education, but also because it allowed me to continue working in an executive-level position while balancing family time,” says Garner, a business banking market manager at M&T Bank. “Although it was challenging at times, the program’s structure let me balance all elements of my life while obtaining a first-class education.”

Garner says he was also “blown away” by the quality of the program’s faculty members. “What they have done in their own careers is very impressive,” he says.

The executive coaches, who work one-on-one with each student, provide additional value. “Any time you have the opportunity to have a third-party coach, it’s only going to make you better and help you achieve your goals,” he says.

The investment already has paid off. Since graduating in 2008, Garner has received multiple promotions within M&T Bank, and he credits his executive MBA for the speed of his advancement.

“The Smith EMBA program gave me the ability to interact with a very diverse group of people, and I made several lifelong friends,” Garner says. “I can call those friends and ask for help or guidance anytime, and that’s the kind of professional bond you form with your classmates in the cohort.”

Dan Cowens didn’t wait until after graduation to apply his executive MBA education. Working between assignments, he and a group of classmates launched two companies: Oasis Marinas, a marina management firm, and Snag-A-Slip, an online boat slip rental system.

Cowens, who graduated in 2014, says he and his team continue to implement lessons learned while earning their executive MBAs.

“The Smith EMBA program, particularly the focus on leadership and entrepreneurship, really uncovered my desire to own a business,” Cowens says. “It helped me hone my skills, and it gave me the confidence to go for it.

I wholeheartedly believe my team and I couldn’t have accomplished what we have without the knowledge we gained in the Smith EMBA program.” After working for a fast-growing company for about 20 years, Cowens started looking at executive MBA programs as a way to broaden his knowledge base. Because his job required frequent travel across the country, he considered several schools in various states.

In the end the Maryland resident chose the institution closest to home – but it had nothing to do with location.

“I ended up choosing the University of Maryland’s Robert H. Smith School of Business because I was impressed by the program’s faculty members, as well as its diversity and eclectic nature,” Cowens says. “In fact, it was one of the most diverse programs I could find in the nation. In my cohort, we had surgeons, attorneys, accountants, nonprofit executives – you name it, we had it represented in the cohort.”

This article is sponsored by the Robert H. Smith School of Business.