Skip to content
Home > FL > Boca Raton > Where to Live Now > Why Boca Raton, Florida, Is a Best Place To Live

Why Boca Raton, Florida, Is a Best Place To Live

This coastal city is as picture-perfect as they come. 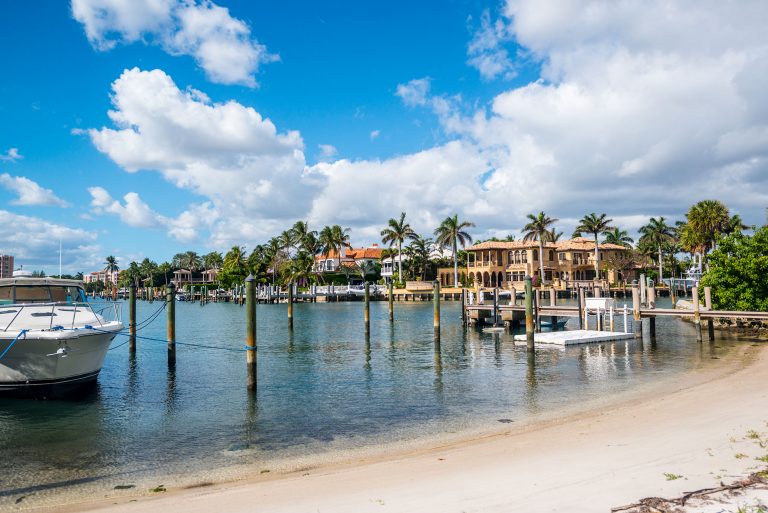 With a population around 100,000, Boca, as locals call it, is chock full of artsy boutiques, acclaimed restaurants and theaters. And you’re just an hour north of Miami for an easy day trip to the big city.

Here’s everything to love about life in Boca Raton, one of our 2021 Top 100 Best Places To Live.

For serenity, beach time or a big move to sandy beaches, these Florida towns deserve a second look.

A City With Class

Snowbirds flock to Boca Raton from November to May, the city’s “cool season,” when highs peak in the upper 70s. But even in summer, the coastal breeze and many beaches offer respite from the warm weather.

Palm Beach County, where Boca is the second-largest city, is one of the most affluent counties in Florida, the playground and home of America’s elite. While there are affordable neighborhoods in Boca Raton — Hillsboro Pines and Boca del Mar are two — the vibe here is upscale, outdoorsy and chill. When you’re not at the beach, kick back with spas, golf courses and country clubs in spades.

Boca Raton has serious curb appeal. While plenty of Florida towns can lay claim to being planned communities, few hold the distinction of being designed by one of the most famous architects of the 1920s (Florida’s golden age of real estate), Addison Mizner.

If you haven’t heard of Mizner, he’s best known for his Spanish Revival style. Think wrought-iron balconies, Venetian windows, tiled roofs and open courtyards. Some of this is captured in The Boca Raton, an exclusive hotel created by Mizner in 1926, but you can also see glimpses of it in some of the more modest private homes throughout the city.

Dreaming of a place where you can swim with a dolphin, attend a pro football game, and drink a beer on a ghost tour all in the same day?

Boca Raton prizes its green spaces, and its parks are anything but ordinary. The Daggerwing Nature Center, with its animals and exhibits, is part of a county park in western Boca. Families will especially enjoy Sugar Sand Park for its all-abilities playground, trails, free Children’s Science Explorium and the Willow Theater.

And, of course, Mizner Park itself, an outdoor mall, is the pinnacle of Mizner-esque fantasy with its pastel shopfronts, pristine avenues and ornamental features like the fountain and gilded gazebo.

It might be Instagrammable, but Boca Raton’s charm is more than surface-level. It’s home to three colleges, Florida Atlantic University, Lynn University and Everglades University, which add to the cultural offerings residents can experience.

Other signs of economic growth in Boca Raton include the planned opening of a Brightline station in the city in 2022. This high-speed train will zip passengers to Miami, West Palm Beach, Fort Lauderdale and even Orlando in record time.