Skip to content
Home > FL > Clearwater > Where to Live Now > Why Clearwater, FL is a Best Place to Live

Why Clearwater, FL is a Best Place to Live 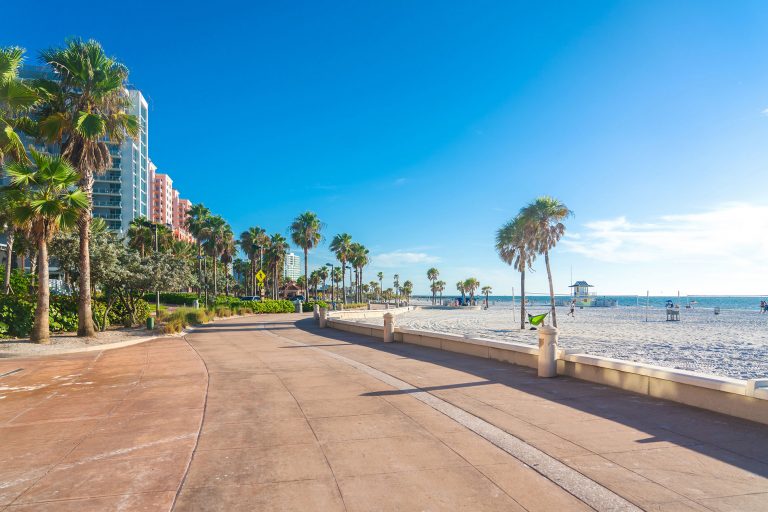 If basking on sugar-sand beaches under endless sunny skies is sort of your thing, you’ll like Clearwater, FL.

This area of the Sunshine State is known for being even sunnier than most. Clearwater’s sister city to the south, St. Petersburg, holds the world’s record for the most consecutive days of sunshine, and Clearwater residents can expect beach-friendly weather year-round.

Clearwater’s location is enviable for a number of other reasons. Situated at the top of the Pinellas Peninsula, the city borders both the Gulf of Mexico to the west and the bay to the east. It’s also part of the greater Tampa Bay community, a destination with hundreds of cultural attractions and some 3.2 million residents.

While it benefits from being close to Tampa, the city is less than a third of its size, giving it more of a beach town feel. Yet you’ll still find plenty of live entertainment, local dining and special events here. That’s just part of why Clearwater ranks as one of our 2021 Top 100 Best Places to Live.

Time and again, Clearwater Beach has been named the No. 1 beach in the country on Tripadvisor. This picturesque beach, located on a barrier island accessible from the mainland by bridge, has all the powdery sand and emerald-green water you could want.

Stroll along the beachfront promenade and stop at Pier 60. The 1,080-foot pier is popular for fishing (catch tarpon, flounder, trout and more) and a nightly sunset celebration with street performers and artists. It’s also a mecca for shops and restaurants that cater to locals and tourists alike. And in April, this is where you head for one of the state’s biggest sand-sculpting competitions.

Drive across the bridge to beautiful Sand Key Park, home to yet another expansive beach. Clearwater is close to several Tampa Bay beaches just outside its city limits. Honeymoon Island and Caladesi Island, both state parks, are a few miles north of Clearwater Beach, while to the south sits another award-winning shore, St. Pete Beach.

But Clearwater isn’t only about beautiful beaches. Art and outdoor recreation flourish. Along with fishing and water sports, locals enjoy biking, ideally suited to the warm weather and relatively flat landscape. You’ll often see bicycles loaded on the county buses or the Clearwater Jolley Trolley, both of which offer convenient transportation around town.

Check out the brewery scene by hopping the Gulp Coast Craft Beer Trail. Then, catch a baseball game from the Philadelphia Phillies and the Toronto Blue Jays. Both teams call Clearwater their spring training home.

At the Clearwater Marine Aquarium of “Dolphin Tale” movie fame, you can meet rescued animals such as sea turtles, dolphins, otters, pelicans and a nurse shark named Thelma. Get incredible views of the dolphins from Massive underwater windows that let you peer into the dolphin habitat, five pools of some 1.5 million gallons of water.

For cultural exploration, head downtown. On Cleveland Street, you’ll find such treasures as the 1920s Bilheimer Capitol Theatre and a gallery by an internationally renowned glass sculptor. The walkable district is lined with eclectic boutiques and eateries. Nearby, Coachman Park hosts events throughout the year like the Martin Luther King Celebration, music festivals, a boat show and more.

See local talent at West Coast Players or nationally touring acts at Ruth Eckerd Hall on the east side of town.

If you’re moving to Clearwater with kids, you’ll be glad to know it has some of the state’s best schools, particularly for preschool and elementary students.

Families also love the many parks and playgrounds. Moccasin Lake Nature Park, for example, features birds of prey exhibits and an observation tower, while Crest Lake Park had a splash pad, rain garden and arboretum. And if your family includes four-footed members, head to the local Enterprise Dog Park.

Housing ranges from apartments to townhouses and single-family homes. Condos, in particular, abound. Prices start around $100,000 for a one-bed, one-bath unit and go above $1 million for premium waterfront condos. Houses and townhouses vary even more widely in style and cost. As you’re house hunting, be sure to budget for HOA fees since most newer construction will have homeowners associations.

Along with population growth, employment and salaries are on the rise in Clearwater, with top industries including healthcare, retail, and accommodation and food services. And if you’re moving from out of state, you might be keeping a lot more of your paycheck. Florida is one of nine states with no state income tax.