Skip to content
Home > FL > Gainesville > Where to Live Now > Why Gainesville, FL is One of the Best Places to Live

Why Gainesville, FL is One of the Best Places to Live

Innovation, vision make this growing university city the place to be 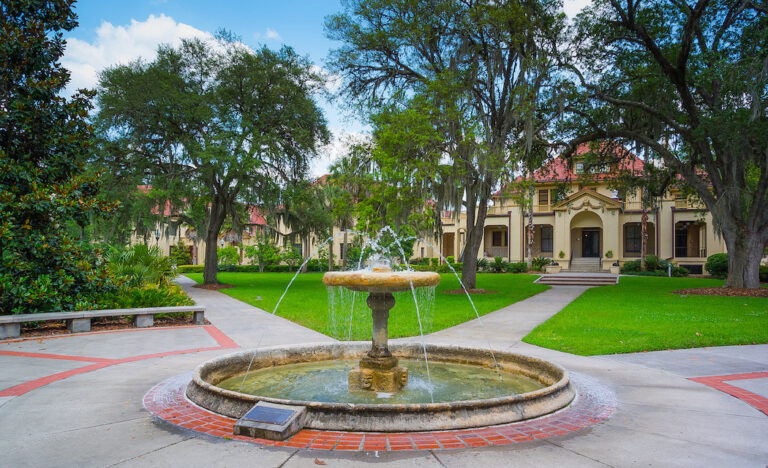 Courtesy of the City of Gainesville

In 2015, Gainesville asked itself a question: How can we become a more competitive city? After an intense study, the answer it came up with: Become a citizen-centered city.

“It’s actually a bold new way of thinking about cities and city government. It puts the citizen in the center of everything we do, from developing policies to implementing them,â€ Lyons says. “Think about the user experience and interface that Uber and Apple and others have been so successful with – a great user experience – and then apply that same kind of thinking to government. That alone can make the city more competitive.”

Innovative thinking and planning are fueling a boom in growth and development in Gainesville, the largest city in northern Florida, with a population of 127,000 people, and a median age of 25. Home to the giant University of Florida, what once was a charming college town is rapidly growing into a vibrant university city, with an emerging tech sector, outstanding health care and amenities that include an attractive landscape and climate, accessibility of outdoor recreation, fun attractions and events, an exciting foodie scene and an endless array of arts and culture choices. It doesn’t hurt to be a short drive from Atlantic and Gulf beaches and popular theme parks. The city made our 100 Best Places to Live list two of the last four years and has also appeared on our lists of the 99 Best Beer Cities and the 10 Best College Town in America.

Lyons’ enthusiasm for his adopted city is personal.

“When we moved here in 2006, we had been looking for a place where we could enjoy a good work-life balance, good access to culture, good people,â€ Lyons says. “We looked around the country and found Gainesville to be delightful for many many reasons, including the best balance of education, safety, people, local food, schools and on.”

Opportunities Around the City

There have been big changes downtown in recent years, among them the construction of a new, multi-amenity city park. Depot Park, centered around the rehabbed old train depot, will contain walking trails, a lake, a children’s area and picnic facilities when it is completed. The Cade Museum for Creativity and Invention is built in a corner of the park, signaling, the city says, “Gainesville’s transformation from an exporter of commodities, to an exporter of ideas.”

More creative planning: Innovation Square, a joint project of the city and the university to transform 16 acres between downtown and the university into a mixed-use area that today’s tech-oriented businesses and workers are looking for.

“Gainesville is really several different places,â€ Lyons says. “There’s a lot going on downtown and around the university, but there are opportunities in parts of the city that aren’t downtown. We’ve got craft breweries, arts centers, craftsmen, local food options. Up the street in the Power District, lots of land is being converted into housing, small shops and businesses.

“There’s something special going on here, and it’s fun to be part of it. It always boils down to the people. It’s the ability of the people to work together and collaborate, who want to grab a hold of the future and make it happen. We have a lot more to do, but a lot of pieces are happening now.”