Skip to content
Home > FL > Tallahassee > Where to Live Now > 8 Reasons to Move to Tallahassee, FL

8 Reasons to Move to Tallahassee, FL

Find out what makes Tallahassee a great place to live, work and play 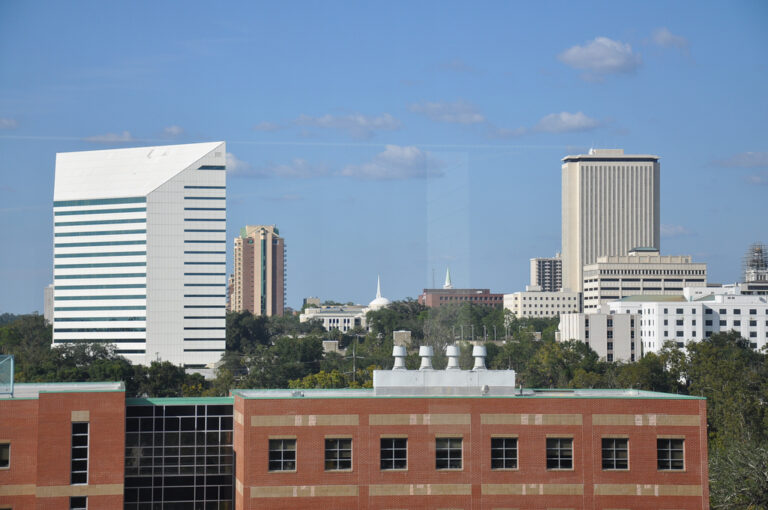 Courtesy of George Clark under a CC 4.0 license.

From a vibrant arts and culture scene to great sports rivalries, Tallahassee offers residents plenty to cheer about. This capital city boasts an abundance of outdoor recreation for all ages, a diverse foodie scene and a ton of family-friendly festivals and activities. Here are the top eight reasons to move to Tallahassee.

Founded in 1887, Florida Agricultural and Mechanical University, commonly known as Florida A&M or FAMU, is one of the country’s largest historically black colleges or universities. The school awards both undergraduate and graduate degrees, and in 2015, Florida A&M was ranked the top HBCU for research and development by the National Science Foundation. Florida A&M also boasts the only Carnegie Library at a historically black university. The university is known worldwide for its award-winning marching band, the Marching 100, which has been a university tradition since 1892.

Founded in 1851, Florida State University is one of the oldest institutions of higher education in the state. While FSU is widely known for its athletic program – the Seminoles have won three national football championships, 18 conference titles and six division titles – the research university is also home to the National High Magnetic Field Laboratory, which developed the anti-cancer drug Taxol. Besides a bevy of sporting events, FSU’s campus offers Tallahassee residents a number of arts and cultural venues and activities, such as the FSU Museum of Fine Arts. The downtown museum features the works of national as well as regional artists.

“Tallahassee is a great town for the young professionals who want to get involved in politics, higher education or with a variety of state government agencies,” says Renae Brown, Leon County Schools financial accountant and longtime Tallahassee resident. Tallahassee was named Florida’s capital in 1824 because it was located midway between the then-largest cities in the state, St. Augustine and Pensacola. Today, the state capitol employs more than 20,000 of Tallahassee’s residents.

Established in 1953 as a state park, the Alfred B. Maclay State Botanical Gardens and Historic Site spans an impressive 1,176 acres. The park is named for native son Alfred Barmore Maclay, who purchased the property in 1923 and cared for it until his death. His wife, Louise, opened the gardens to the public in the 1940s before deeding it to the state. Today, the park is also home to a museum, picnic areas, hiking, cycling and horse trails, and it is a popular spot for birding, boating, canoeing and kayaking.

“I love Tallahassee, too, because there is always something for young singles to do,” Brown says. “From fall festivals to the spring street party, there’s never a dull moment.”

The city celebrates the start of FSU football season with the Downtown GetDown, a series of Friday night tailgating featuring local bands and food from local restaurants. Then in April, Tallahassee welcomes spring in style with the Springtime Tallahassee festival – a weekend of family-friendly events and activities that draws crowds of more than 200,000 people.

The funky local favorite Kool Beanz Cafe is as much a Tallahassee tradition as Seminole football. The state’s Cuban heritage comes through in dishes such as the Cuban-spiced pork chops with mango habanero salsa. But you’ll also find Tuscan-style lamb, Sake-teriyaki glazed salmon and wasabi mashed potatoes on the restaurant’s eclectic menu. Consistently ranked by TripAdvisor as the best restaurant in Tallahassee, Kool Beanz is a must-stop for locals and visitors alike. Tallahassee’s farm-to-table movement is also growing. Besides Kool Beanz, a number of restaurants source from local growers, including Miccosukee Root Cellar, Avenue Eat and Drink, Sage Restaurant and Vertigo Burgers & Fries.

From the historic architecture in the Frenchtown community to the Council on Culture & Arts’ 3-mile Downtown Public Art Walk, the arts are all around in Tallahassee. The city boasts more than 150 public murals, sculptures and monuments as well as an impressive roster of art galleries, arts museums and performing arts venues. Even the state capitol doubles as an arts museum with both permanent and temporary art displays on the lower floors of the capitol and legislative office Buildings. In addition, the Tallahassee Film x Art x Music x Experience Festival, or TFFxFAME for short, hosts its annual festival each spring, showcasing films, music and visual arts productions from across the country. The organization has grown to offer a calendar of performing arts events throughout the year.

“Tallahassee is a great place to raise kids because the schools are top-notch and there are a lot of family-friendly activities for us to participate in,” says Dr. Genae Crump, Leon County Schools director of volunteer program services and title 1D coordinator. Crump says some of her family’s favorites are also free – for example, Lake Jackson Mounds Archeological State Park, the Florida Historic Capitol Museum housed in the state’s original capitol building, the Museum of Florida History and Tom Brown Park. Families can commune with nature at a host of kid-friendly attractions, such as The Painted Pony, Grace Stables or the Birdsong Nature Center in nearby Thomasville, GA, which features 12 miles of nature trails and a cool bird-watching window that attracts more than 160 species of birds.