This Florida City Is an LGBTQ Paradise. 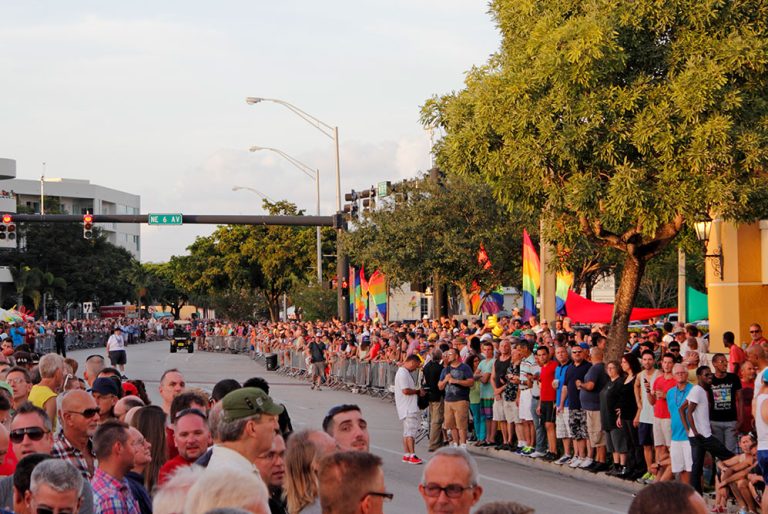 Southern Pride is our monthly column exploring and celebrating LGBTQ culture in Southern cities. This month we’re heading to the Sunshine State to check out the scene in Wilton Manors.

You might have heard of Wilton Manors when it was named the gayest city in America after the 2010 census report. Its location in the Sunshine State and the fact that it’s surrounded by water have also earned Wilton Manors the nickname “Island City,â€ conjuring images of an escape to paradise. With a perfect MEI score of 100 from the Human Rights Campaign, those images may be more accurate than not for members of the LGBTQ community looking for a truly gay-centric place to live.

If you are looking to relocate to a city that prides itself on inclusivity and makes finding an LGBTQ community and support easy, then you’ll want to take a closer look at Wilton Manors, FL.

The following are just some of the reasons Wilton Manors is known for its pride:

It’s Where Gay History Was Made and Is Celebrated

Wilton Manors has a legitimate claim to gay history fame. In 1988, the city elected its county’s first gay official. Then, in 2000, Wilton Manors became the second city to have a gay majority body of government in the U.S. But the history-making didn’t stop there: in 2018 it became the first city in Florida with an all LGBT city commission (second in the country, with Palm Springs being the first).

Along with making LGBTQ history, Wilton Manors celebrates it. And when the city celebrates something, it celebrates in a big way. Every June, it sponsors and hosts Stonewall Pride Wilton Manors, which includes a parade and festival and attracts over 30,000 attendees from around the world! The festival is a tribute to the Stonewall Riots, which were a vital turning point in the gay liberation movement and the modern-day fight for LGBTQ rights in the U.S.

On January 6 of 2015, same-sex marriage officially became legal in Florida and the city of Wilton Manors took action immediately to make up for lost time. On February 14 (Valentine’s Day!) they hosted the famed “We Do!,â€ a mass wedding where 50 same-sex couples were married simultaneously and free of charge. Now LGBTQ residents have a host of inclusive venues and wedding services and professionals to choose from when planning their special event.

Support is Easy to Find

Queer residents in need of assistance and services, find no shortage of options in Wilton Manors and locating LGBTQ support services is easy when you live in the Island City. SunServe provides a host of programs and support groups that assist with mental health, transgender support, housing, and family and youth and family services.

The Pride Center at Equality Park offers activities and opportunities that bring the LGBTQ community together. The Center has over 65 groups that meet regularly in its space. They extend support and social and educational opportunities to LGBTQ seniors, youth and adult men, women and trans individuals. Events and activities often include opportunities to engage in the arts, athletics, spirituality and more. Additionally, The Pride Center offers health and wellness support with HIV testing, prevention and education, healthcare linkage and counseling.

Seasonal depression is not an issue in this bright, sunny city, but there’s more to the incredible quality of life than near-constant sunshine. With an impressive walkability score of 73, residents can get to almost everything they need on foot or by bike. The city doesn’t have “gay neighborhoodsâ€ as the whole city is considered the gayborhood, so LGBTQ residents feel right at home everywhere they go.

The city’s residents also enjoy a variety of recreational activities both in and close to the city limits. If your family loves the outdoors, the waterways offer plenty of opportunity for water play. Boating and fishing are popular local activities and families enjoy having a variety of parks to visit. The city has no shortage of bars and restaurants, all welcoming and inclusive.

Art lovers don’t have to leave town to get their fix. The city’s arts & entertainment district is home to 15 galleries and museums, all located in one place. Whatever your interests, hobbies or needs, this small city has everything its residents require to truly love where they live.