The Cities That Raised Winter Olympians

The journey to Beijing started in some unexpected places for these elite athletes. 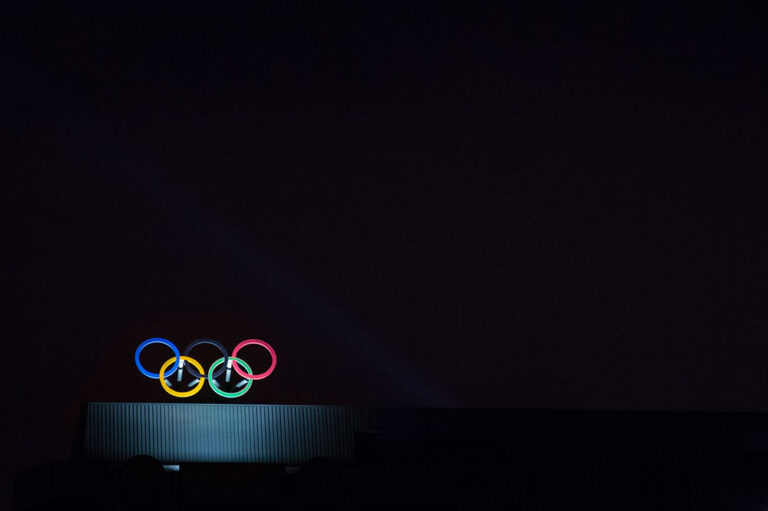 The 2022 Winter Olympics in Beijing are finally here, albeit a bit different. However, one thing has been a constant since the Olympics’ 1896 inception — the patriotism every country around the world feels for their elite athletes.

This year, America’s best and brightest will be representing us in Beijing during the winter games and all of this excitement has us thinking about what it takes to become a player of this caliber. Not only is it long hours of practice, endless dedication and the support of family and friends, but something else…

These athletes are all hometown heroes and we’re celebrating all of the great cities they hail from — cities that no doubt will be cheering louder than anyone.

Gus Schumacher, Cross-Country Skiing
Why We Love Anchorage: For those of us in the Lower 48, it can be hard to imagine living in Alaska. But for the 300,000 people who call Anchorage home, it’s a daily reality — and one that offers superior quality of life. Anchorage has a small-town vibe with big-city amenities, from outdoor adventures right out the front door to an unparalleled foodie scene. Plus, residents here know all about staying cozy during the winter months! Gus Schumacher is one of several Anchorage residents competing in this year’s Olympics, including fellow skiers Scott Patterson and Luke Jager.

Evan Bates, Figure Skating and Ice Dance
Why We Love Ann Arbor: Ann Arbor is perhaps most known for being the home of the world-renowned University of Michigan, but the city has a lot going on. Not only is Ann Arbor an extraordinary place to live (the city often ranks on our annual list of the Top 100 Best Places to Live!), but it is super affordable and a great spot to raise a family. Even more? Ann Arbor is the hometown of Evan Bates, who is preparing for his fourth Olympic visit!

Tommy Ford, Alpine Skiing
Why We Love Bend: Bend, OR, sits along the Deschutes River, nestled between the Cascade Mountains’ snow-dusted peaks and high-desert plateaus, making it the perfect home base for alpine skier Tommy Ford. The pristine beauty of its surroundings makes the town a mecca for outdoor enthusiasts craving adventure or those just looking to avoid the slopes but still participate in snow-filled fun. That combined with a flourishing craft cocktail scene, a dog-friendly community and a cutting-edge urban trail system, it is no wonder Bend is consistently hailed as one of the best small towns in America.

Andrew Blaser, Skeleton
Why We Love Boise: Boise, ID is a lively and outdoorsy college town nestled against the foothills in southwestern Idaho. Boise has become a magnet for people looking for a tight-knit community, great job opportunities, easy access to the outdoors — and perhaps most importantly, a much lower cost of living than many larger and comparably sized cities. In addition, this popular city is home to Andrew Blaser, who is competing as the first openly gay athlete in the skeleton sledding competition.

Ryan Cochran-Siegel, Alpine Skiing
Why We Love Burlington: It’s hard to come by a city more picturesque than Burlington. Located along the eastern shore of Lake Champlain, the city became the first in America to run entirely on renewable energy in 2015. The summers are amazing, the job opportunities are endless and if you’re looking for a fresh start, you should most definitely consider Burlington. The city will even pay you to move there! Plus, the city is home to Ryan Cochran-Siegel, headed to his second Olympics and the son of gold medalist Barbara Cochran. When he’s not hitting the slopes, you can find Ryan working in his family’s maple syrup shop, Cochran’s Slopeside Syrup.

Shaun White, Snowboarding
Why We Love Carlsbad: Located just outside of San Diego is the cozy community of Carlsbad, home to Olympic great Shaun White. White is competing in his fifth Olympic games and is a three-time gold medalist in half-pipe snowboarding. This is the quintessential California city, from its sandy beaches to its more than 263 days of sunshine. In addition, the city is known for its world-class resorts, brewery scene and plenty of golf courses to keep you entertained.

John Shuster, Curling
Why We Love Duluth: An increasingly not-so-hidden gem, Duluth is a town with an old soul and a young vibe. There’s an eclectic mix of people as the port on Lake Superior has always been important. Still, the city attracts young folks who come for one of the three universities and stay for the amazing outdoor life, lower cost of living and excellent career opportunities. In addition, folks here love that they are a just-right-sized city with lots of amenities placed in one of the most beautiful spots in the country. John Shuster is back in Beijing and competing for Team USA in curling, our favorite Olympic sport. Additionally, Shuster led team USA to gold at the 2018 Winter Olympics, the first American team to win gold in curling.

Chloe Kim, Snowboarding
Why We Love Long Beach: In 2018, Long Beach-bred athlete Chloe Kim became the youngest woman to win an Olympic snowboarding gold medal at 17. This year she’s headed to Beijing and going for gold again. But, before the Olympics was Kim’s time growing up in Long Beach. With 5.5 miles of the Pacific Ocean waterfront, Long Beach is nicknamed the “Aquatic Capital of America.” Its vision is to also become the most bicycle-friendly urban city in the country, and its parks department has earned several national beautification awards. The city is located just 20 miles outside of Los Angeles and is the definition of California cool.

Amanda Kessel, Ice Hockey
Why We Love Madison: Madison has a long-standing reputation as one of the best college towns in the country, but this city offers so much more. Known for charming residents and visitors alike, Madison’s natural beauty is unparalleled, as it is built on an isthmus between lakes Mendota and Monona and has more than 200 miles of hiking and biking trails, which means you’ll never run out of free ways to have fun. Other draws to the city? The Wisconsin state capital is noted for its farmer’s market bounty, beautiful architecture (Frank Lloyd Wright made his mark here) and serene lakes. Madison native Amanda Kessel is headed to Beijing to compete in her second Olympic Games and hopes to bring home the gold again. Bonus: Kessel was also the first female drafted into the United States Hockey League.

Emery Lehman, Speedskating
Why We Love Oak Park: Oak Park, IL, isn’t your typical suburb. On the contrary, this mid-size city is full of unique character and charm. Of course, it helps that famed architect Frank Lloyd Wright established his studio and built many homes in his unique Prairie architectural style here. But beyond that, Oak Park residents value diversity, community, education and social justice, making this an ideal place to live if you want to get involved and make a difference. This geographically small city (Oak Park spans just 4-and-a-half square miles!) packs a big punch and produced Olympic great Emery Lehman, returning for his third games.

Alexander Hall, Freestyle/Freeski
Why We Love Park City: Park City might just have it all. This Utah city is home to Olympic hopeful Alexander Hall, who has an origin story for the ages. Born in Fairbanks and raised in Switzerland, Hall eventually planted roots in Park City, and it’s easy to see why. If skiing isn’t your thing, no worries! There are plenty of non-winter-related activities to do here, including a visit to one of the country’s coolest food festivals and plenty of ways to get in touch with nature. The city also provides great incentives to help teachers buy a home!

Jacqueline Wiles, Alpine Skiing
Why We Love Portland: With a rich history of supporting women’s sports, it’s no surprise that Olympian Jacqueline Wiles proudly calls Portland her hometown. The city is home to tons of things to do, from hiking to visiting cool hotels, and is a great home base city for remote workers and filmmakers. Bonus: If you’re in town for the Fourth of July, Wiles and her father often play the trumpet at the local ceremonial flag-raising ceremony.

David Wise, Freestyle/Freeski
Why We Love Reno: Reno is affectionately called “The Biggest Little City in the World,” and it’s a well-earned reputation: Reno has a strong economic engine and is spoiled with amenities from the resorts and casinos to the restaurants and an unparalleled craft beer scene. On top of all this, the Truckee River flows through downtown and residents can get to Lake Tahoe in 30 minutes or so. Two-time medalist David Wise is from Reno and is hitting the Olympic slopes for the third time.

Ian Quinn, Long Track Speedskating
Why We Love St. Louis: Looking for a city to start a business, view wildlife or cash in on some free goodies? Look no further than St. Louis. Ian Quinn’s hometown is continuously evolving but remains an affordable, fun place to live. This is Quinn’s first visit to the Olympics and his hometown pride knows no bounds — his favorite teams are the Cardinals and Blues!

Nathan Chen, Figure Skating
Why We Love Salt Lake City: Utah’s state capital is Salt Lake City, an active, outdoorsy town. Home to the University of Utah and just a short drive to some of the best ski areas in the world, Salt Lake City is the perfect home base for busy families, young professionals, extreme adventurers, students and everyone in between, including figure skater Nathan Chen. It was hard to narrow it down to just one athlete because this city knows how to produce them. We recommend watching Chen, Chris Mazdzer (the first and currently only non-European to medal in luge) and three-time Olympian Faye Gulini.

Corinne Stoddard, Short Track Speed Skating
Why We Love Tacoma: Tacoma, WA, may not get as much national attention as Seattle, as its sister city across the sound, and many locals actually hope to keep it that way. Its adorable neighborhoods are far less congested yet similarly boast great coffee, diverse cuisine, a thriving arts scene and jaw-dropping views of Mount Rainier on clear days. Short-track speed skater Corinne Stoddard calls the picturesque town of Tacoma home.

Mikaela Shiffrin, Slalom
Why We Love Vail: Just two hours west of Denver is Vail, a luxe mountain escape where residents and visitors alike can have fun year-round. The ski slopes are the siren that lures you west in the winter. But hiking, ziplining and other fun adventures can round out an itinerary come warmer months. Just ask hometown hero and two-time Olympic gold medalist Mikaela Shiffrin. Shiffrin, the youngest slalom champion in Olympic alpine skiing history, calls this cozy mountain town home.

Maggie Voisin, Freestyle/Freeski
Why We Love Whitefish: Whitefish is a tourism destination in large part because of its access to Big Mountain and the famed Whitefish Mountain Resort. Plus, residents can enjoy easy access to Glacier National Park, one of the most popular national parks in the country! If sipping on craft beer or enjoying a sweet treat is more your speed, don’t worry; Whitefish has that, too! Olympic hopeful Maggie Voisin is from this charming Montana city and is making her third trip to the Olympics following a fractured fibula that kept her from competing in 2014.