The Robins Region is Ready for Takeoff 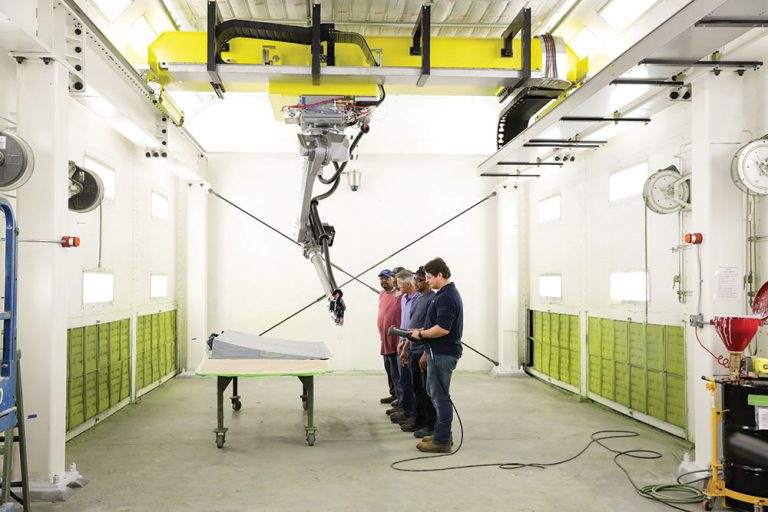 Good jobs are available on Robins Air Force Base, and you don’t need to be an airman in the United States Air Force to work one of them.

In fact, about half of the 23,000 people who work at Robins AFB are civilians and contractors, and the base is looking for even more civilians to employ. They are needed to take the place of retirees and fill openings in the many units and operations at the large Houston County military installation.

For example, Robins AFB houses Warner Robins Air Logistics Complex, a depot for issuing aircraft, avionics, engines, missiles, software and components used worldwide by the Air Force. In fiscal year 2019, the WRALC embarked upon a challenge of hiring 1,200 people in 12 months – and it succeeded – with those new employees now providing maintenance and repairs for several aircraft and components, as well as F-15 fighter jet engineering.

Also hiring at Robins AFB is the 402nd Software Engineering Group, one of the key missions at Robins that is growing. The 402nd is planning to expand into a second facility to accommodate more electrical engineers, computer engineers, computer scientists and information technology specialists who produce software for fighter jets, helicopters and a wide variety of weapon systems.

“We currently have about 1,200 people working in a building on Robins AFB, but hardly anyone in the Houston County/Warner Robins community even knows that we exist,â€ says Ric Sellers, 402nd Software Engineering Group production operations branch chief. “Now, we are growing and recruiting heavily in the Middle Georgia area. During the spring of 2020, we also recruited at 23 career fairs at 18 college campuses in eight states across the Southeast.”

The 402nd’s recruiting program is still relatively new, with the current hiring effort for interns and full-time hires starting in the summer of 2019. Dozens of young people have been hired so far, and a fall 2020 plan calls for another 200 to 300 to be hired.

“For young people, this is a great opportunity. The 402nd is one of the youngest workforces on base by far, hiring people right out of college,â€ says Matt Hvizdzak, 402nd Software Engineering Group hiring manager and recruiting coordinator. “We want the 402nd to be one of the top choices in the nation for high achievers starting their careers.”

“It’s always nice to benefit the community by hiring locals whenever possible, but as far as numbers go, we’re not limiting ourselves,â€ he says. “We have a ton of jobs available, so we will hire from every school and every walk of life. We are putting our 402nd name out there loud and clear.”

Such Innovation in a First Job

One of the many recent new hires is Tyler Sweet, a South Carolina native who started as an electronics engineer at the 402nd in April 2020. Sweet first heard about the 402nd when he attended a career fair at Clemson University, his alma mater.

“The Air Force is on the cutting edge of technology, so the opportunity to work with such advanced equipment is amazing,â€ Sweet says. “Not many people get to work with such innovation in their first job. I can also serve my country in some capacity, helping our airmen who are deployed and protecting us.”

Residents of the Robins Region are Set for Success

Sweet, who lives in Bonaire, says his first experience with the 402nd was teleworking.

“The Air Force has many systems, procedures and processes for each job, so there is a lot of training, and I was able to complete all my training by teleworking from the comfort of my own home, which was really nice,â€ he says. “I’m now getting introduced to everything on base and learning about what happens around Robins. It’s a great place to be.”