Skip to content
Home > Where to Live Now > The Best Neighborhoods in Greeley, CO

The Best Neighborhoods in Greeley, CO

Find your perfect place to live in Greeley. 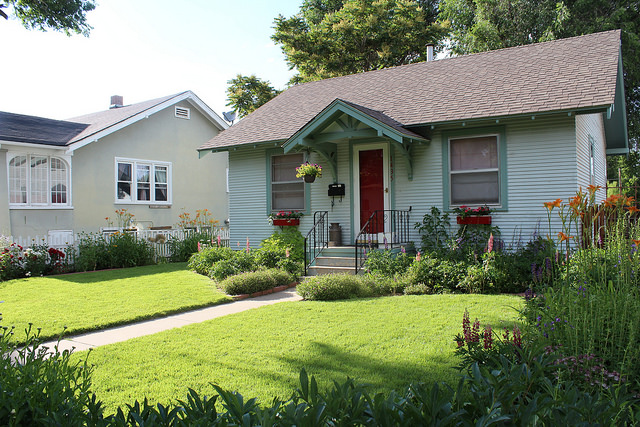 Greeley is full of desirable places to put down roots no matter your age, income level, or preferred home style. Here’s a glimpse of some of the city’s top neighborhoods:

With tree-lined streets, spacious yards and character-filled homes, the Glenmere/Cranford neighborhood is a charming, coveted place to live in Greeley. The area is perfect for young professionals and families, and it offers quick access to restaurants and attractions.

“Glenmere/Cranford is a turn-of-the-century neighborhood with a lot of Craftsman bungalows and older homes, but there are also some large, estate-style homes,” says Chalice Springfield, CEO/managing broker at Sears Real Estate. “The neighborhood is close to the University of Northern Colorado, so it’s really in the heart of the university district.”

Near the Glenmere/Cranford neighborhood is downtown Greeley, which includes modern loft-style properties, historic homes in the Monroe Historic District on 9th Avenue and everything in between. Downtown residents are just steps away from all the fun the area has to offer, including festivals and live entertainment.

“You see a variety of homes in the downtown area,” Springfield says. “Because of this, there are several different kinds of people living downtown. For example, it’s not uncommon to see college students living next to an older couple who have been there for 40 years.”

Located in west Greeley at the intersection of 4th Street and 50th Avenue, Kelly Farm is a newer neighborhood that includes homes built around the year 2000. The neighborhood is divided into three subdivisions – Forest Glen at Kelly Farm, Glen Eden at Kelly Farm and Cottesmore Reserve at Kelly Farm – and it includes a community swimming pool, workout facility, tennis courts and other amenities.

“The homes are pretty modern, and they often include attached two- or three-car garages,” Springfield says. “Kelly Farm’s many amenities really give the neighborhood a community feel.”

This community is located near Bittersweet Park, making it an ideal place for those who enjoy getting active and spending time outdoors. According to Springfield, the neighborhood includes a wide variety of home styles, such as tri-levels, ranches and traditional two-story houses, and most of them were built in the late 1970s and early 1980s. Bittersweet has a community pool and tennis courts that residents can belong to, adding to the neighborhood’s many outdoor advantages.

“People really love being so close to Bittersweet Park,” Springfield says. “It has a huge pond that covers several acres, and its long, paved path is perfect for walking your dog, jogging and cycling. There’s also a playground, and it has fields for soccer and other sports. It’s great for people of all ages.”

“The homes in these neighborhoods are amazing,” Springfield says. “They’re often around 4,000 square feet, some of them have in-ground pools and they usually have upgrades – things people think of when they consider luxury living. They’re priced very affordably compared to the rest of the country.”

This area includes neighborhoods like East Meadows, Riverview Farm and Balsam Village, all designed with affordability in mind. East Greeley’s communities include modest ranch-style homes, typically with three bedrooms, one or two bathrooms, and a two-car garage.

“East Greeley saw a lot of new construction in the early 2000s, and that’s when these neighborhoods started to pop up,” Springfield says. “The homes in this area are great for first-time home buyers.”