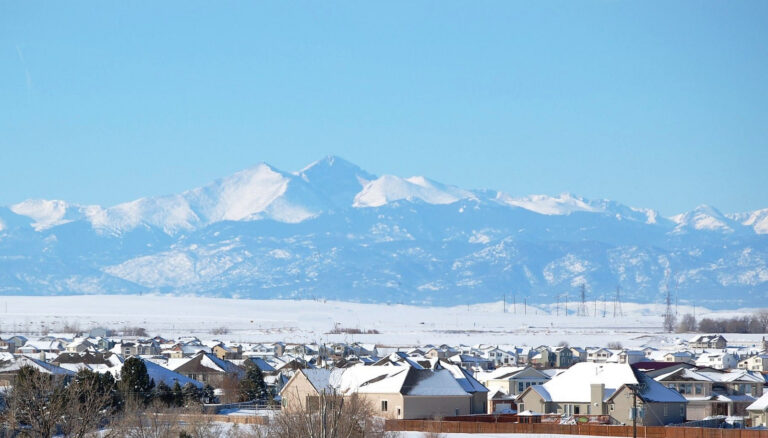 If you’re planning a move to Greeley, you’ll want to bring a wide variety of clothing – plus an umbrella and a snow shovel – because the city truly experiences all four seasons. Here’s a look at what you can expect throughout the year:

Greeley’s autumns are typically bright and sunny, thanks to clear skies and relatively dry conditions. The likelihood of precipitation (especially thunderstorms) drastically decreases in the fall, and in October, there’s only a four percent chance of rain each day, on average. Like many U.S. cities, Greeley’s falls start out warm and end up chilly, with its warm season ending on September 12. Octobers are usually mild, with average high temperatures around 70 degrees, while Novembers have average highs of 55 degrees and average lows of 25 degrees.

Wintertime in Greeley can be pretty cold, with the average low temperature in January being about 15 degrees (the average U.S. city’s January low is about 20.5 degrees). The season is usually snowy, too; Greeley gets an average of 41 inches of snow each year, which is 16 inches more than the average U.S. city, and most of Greeley’s snowfall takes place during the months of December, January, February and March. But don’t let that scare you – because of the Chinook winds that come off the Rocky Mountains, winter temperatures can occasionally get as high as about 70 degrees.

Greeley’s spring months are usually mild and comfortable; March’s average high temperature is 60 degrees, April’s average high is 68 degrees and May’s average high is 77 degrees. These months are also pretty windy, with April being the windiest as the month’s average daily maximum wind speed is 20 miles per hour. Although the humidity begins to increase during the springtime, the dew point rarely rises above 63 degrees, which is considered “mildly humid.” May is the city’s wettest month, with an average of 2.4 inches of rain.

The summer months in Greeley are slightly warmer than other U.S. cities, with the average July high temperature being about 90 degrees (the average U.S. city’s July high is about 86.5 degrees). Although Greeley’s climate is fairly dry, thunderstorm likelihood is highest this time of year, particularly in June. Summertime also brings the highest risk of tornadoes in Greeley, typically occurring during June, July and August. The city experiences an average of three tornadoes each year, which puts it in the “high risk” category.