Skip to content
Home > Where to Live Now > 8 Reasons to Move to Greenwich, CT

8 Reasons to Move to Greenwich, CT

From great education to gorgeous beaches, here’s why you should consider calling Greenwich home. 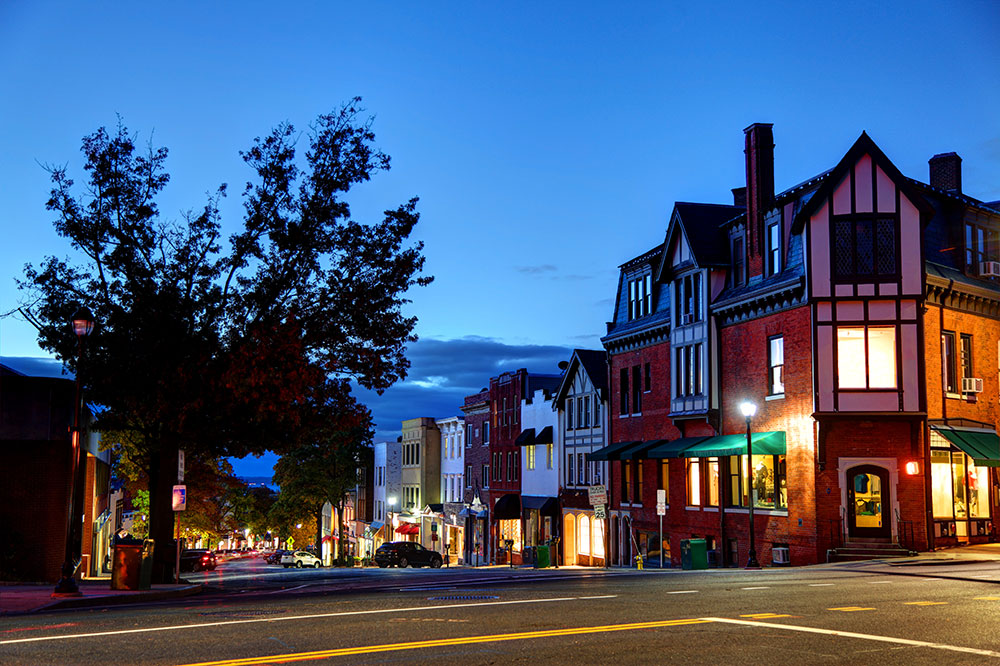 Connecticut is small but mighty, a state of bucolic landscapes, mountains for hiking and skiing, beaches for swimming and sailing, and plenty of small towns with charm a la “Gilmore Girls.â€ One of its most appealing features is its proximity to New York City, with the bedroom community of Greenwich (population: 62,000) being the closest town in the state to the New York border. While Greenwich is not the most affordable place to live – the median value of an owner occupied housing unit was $978,600, according to the 2016 census – it has plenty to offer for the surprisingly diverse population that calls Greenwich home.

Like many Connecticut towns, Greenwich has a rich history dating back to before the American Revolution. The Bush-Holley House is a colonial residence now maintained as a museum by the Greenwich Historical Society. In more modern times, Greenwich was a place for country homes for notable families, such as the Rockefellers and Gimbels. Additionally, the neighborhood of Cos Cob has an important connection to the American art movement – but more on that below!

2. The Best Of All Seasons

Situated on the southernmost tip of New England, Greenwich experiences the best of all seasons. In autumn, the turning of the leaves is a natural wonder. In winter, expect snowy days (and snow days off from school!). In springtime, the town becomes green again and in summertime, it will be hot enough outside to enjoy a dip in a pool or a visit to the beach. Which brings us to …

Whether you’re a seafarer or a landlubber, there’s plenty to enjoy at Greenwich beaches and marinas. All four beaches are on Long Island Sound, a bay-like body of water ideal for swimming and sailing. (Between May 1 and October 31, entry to Greenwich beaches requires residents acquire a seasonal pass, which is available by mail or in-person.) Two small islands, Great Captain Island and Island Beach, are accessible by ferry service in the summer months, and guests can gaze upon numerous other privately-owned islands from a distance. A small peninsula, Greenwich Point, is a scenic location for picnicking, swimming and sailing.

Greenwich Public Schools – the 11 public elementary schools, three public middle schools and a public high school – are ranked fourth in the state in a 2018 report assessing academic factors, attendance and graduation rates. Within the school system, STEM is a priority, while arts education is encouraged through grade 12, which classes available to students in subjects like ceramics, theater arts and music. Spanish language education begins in third grade and the high school offers seven languages to study, including Mandarin Chinese.

Like many towns on Connecticut’s “Gold Coast,” Greenwich is a suburb ideally situated between numerous big cities. Grand Central Station in NYC is 40 minutes away by train and the state’s larger cities like New Haven, Stamford and Bridgeport are all within driving distance. And if there’s not enough big city life for you, Boston is a mere three-hour drive away.

Connecticut’s verdant landscape and natural beauty can almost make you forget it is such a populous state. In addition to the beaches overlooking the Sound, there are numerous green spaces through the town. The Babcock Preserve is nearly 300 acres of forestry and wetlands, where visitors can hike, cross country ski and even horseback ride on designated trails. Audubon Connecticut provides seven nature sanctuaries with dozens of miles of trails. And of course, the aforementioned Greenwich Point provides panoramic parkland along the shoreline.

Best Places to Live in Connecticut

It would be easy to ignore Greenwich’s cultural offerings and spend all your time in New York City instead – after all, it’s so close! But there’s plenty of local culture to absorb as well. The town’s artistic history owes itself to the Cos Cob Art Colony, an Impressionist art colony from the early 1900s. Several Impressionist pieces are held by the Greenwich Historical Society, but the real jewel is the Bruce Museum. In addition to works of art, the museum includes exhibits on science and natural history.

Greenwich and other towns on the shoreline are especially popular for young families fleeing New York City’s space limitations – so the town makes sure there’s plenty to do on date night! There are numerous quaint bistros, seafood restaurants and waterside dining, as well as heartier burgers-and-beer fare like The Ginger Man. If dessert is more your speed, the town has lots of bakeries and pastry shops. Stores abound on Greenwich Avenue, from consignment shops to higher end stores like kate spade new york, HermÃ©s, Saks Fifth Ave, Tory Burch and rag & bone. And after a busy day of shopping, hit one of the local coffee shops or one of the two Green & Tonic juice bars.