Skip to content
Home > HI > Honolulu > Where to Live Now > Why Honolulu, HI Is a Top 100 Best Place to Live

Why Honolulu, HI Is a Top 100 Best Place to Live

This modern Pacific city is built upon recreational opportunities, fantastic views and diversity 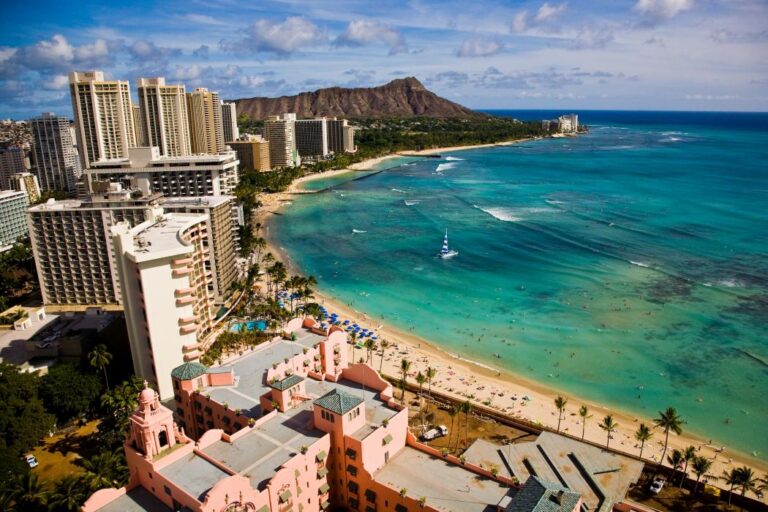 Honolulu is unlike any other city in our list of Top 100 Best Places to Live. With beautiful ocean views, mountains and beaches, a warm climate, racial diversity, and notable schools, Honolulu is a unique blend of rich history and fusion of East and West cultures.

Located on the island of Oahu, sometimes called “the gathering place,â€ Honolulu scored high points for demographics on our list of Best Places to Live. The state capital of Hawaii celebrates its cultural diversity and the traditions of the native Hawaiian people. This is experienced everywhere you look in Honolulu – from the city’s architecture to its arts, its cuisine that includes regional and Asian fare and, in Chinatown, you can find dim sum, Eurasian, Vietnamese, Malaysian, Cuban and French cuisine.

Honolulu’s amenities also make it one of the best places to live. The city offers visitors and residents features such as numerous recreational opportunities, breathtaking views, a vibrant arts scene and a warm climate – average highs range from 80 to 90 degrees Fahrenheit. One of the most famous hiking trails is up the slopes of Leahi, which was built in 1908 as part of Oahu’s coastal defense system. Beaches, including Waikiki, offer renowned surfing and recreation in the natural world, and you can find world-class shopping throughout Honolulu.

Things to Do in Honolulu

The arts have long played a vital role in the city’s economic and recreational strength. The epicenter of Oahu’s arts scene is in Downtown Honolulu and Chinatown where contemporary Hawaiian artists exhibit their craftsmanship through the Chinatown Arts Walk and nearby galleries. The historic Hawaii Theatre is now a state-of-the-art performance center. And you can visit several city museums, including the Honolulu Museum of Art, which houses more than 34,000 objects. Several annual festivals showcase Hawaiian art, dance, music and history and, with a theme of Pacific Harmony, the Honolulu Festival is one of Hawaii’s premier cultural events, attracting thousands of visitors each March.

Hawaii is the only state with a single, unified statewide school system, comprised of seven school districts, four of which are on Oahu. Our study also found Honolulu to be strong in our “educationâ€ index, which looked looked at cities with higher-rated public schools, more colleges and universities and well educated adults. The University of Hawaii System, Hawaii Pacific University and several smaller private colleges are located here.

While Honolulu looks to the future, the city also pays homage to its past. Downtown’s Iolani Palace, the only official state residence of royalty located in the U.S., was the residence of the Hawaiian Kingdom’s last two monarchs from 1882 until 1893, and is now open for tours. Pearl Harbor, a National Historic Landmark, remembers and honors those involved in the attack of 1941 with five historic sites.

“In addition to wonderful weather all year round and beautiful natural surroundings, Honolulu is an energizing, multicultural city.”