Find out where the beer is flowing and wine grapes are growing. 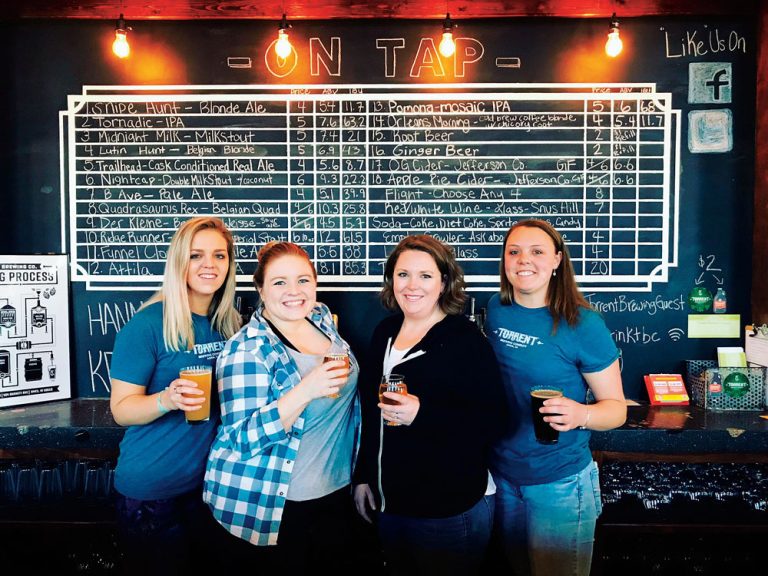 There basically was no wine-and-beer scene in the area when Snus Hill Winery first planted its grapes in 1999, but now 20 years later, the winery is not only thriving but the entire region is enjoying a bit of a boom in the beverage business.

“There’s been a small explosion in the craft-beverage industry in general, both wineries and breweries,” says Chris Hudnall, co-owner and general manager of Snus Hill. “We’ve seen a real excitement among people that we’re able to bring these types of beverages to this area.”

Here is a look at the breweries and wineries taking root in the region:

Alluvial is located in a rustic- looking building on 40 acres of organic farmland just outside of Ames in Franklin Township. Owner Elliot Thompson has described the brewery as offering “small-batch craft beer in a free-range Iowa farm setting.”

There are about 10 craft beers on tap at a time, many with creative names such as “Baldylocks Blonde” and “Gubernator Schwarzbier.” The brews can be enjoyed in a taproom that has nearly 50 different board games.

Olde Main is one of the largest breweries in Iowa, with a 300-seat restaurant, a pub, an outdoor café, and an upcoming 4,000-square-foot rooftop bar and restaurant. There are 12 taps that are split between regular favorites and rotating offerings.

Ames native Scott Griffin opened the brewery in 2004, placing it on Main Street near the Corner Pocket sports bar that he also owns.

It doesn’t get much more local than the originals of Torrent Brewing Company. The brewery was founded by Andy McCormick, a longtime Ames resident who brewed his first batch of beer on the stovetop in his kitchen at home.

McCormick has moved his operation out of the house and is now sharing his brews from a building in downtown Ames that includes a 157-seat taproom. There are more than a dozen beers on tap, plus a few varieties of ciders. And while McCormick didn’t bring his kitchen with him, outside food is welcome.

The Cellar Winery at White Oak

Located atop one of the rolling hills south of Ames in Cambridge, the Cellar offers wine tasting in a picturesque setting. The winery is owned by the husband-and-wife team of John Barber and Barb Hokel, who turned their shared love of wine into a business in 2012.

The Cellar has a number of special events throughout the year, including regular live music performances. One of the highlights is the August grape harvest, where visitors are able to climb into a stomp tank and squish their own grapes.

In 2000, Steven Nissen planted the first vines of what has become a 13-acre vineyard. In addition to a variety of wines from grapes grown on-site, Prairie Moon also produces mead made from local clover honey and hard apple ciders.

There is a 275-seat banquet hall that can be used for weddings and other large gatherings, and a party suite for smaller events. Wine flights are available in the Moonlight Lounge tasting room Instead of pouring from bottles, Prairie Moon is kegging wines for the tasting room.

Four generations after Swedish immigrants purchased the land, the owners of Snus Hill Winery in Madrid pay tribute to their ancestors with the reference to “snus,” a Scandinavian chewing tobacco that was popular within the family.

These days, the family is all about wine. After planting its first grapes in 1999, an additional acre of a different variety was added each year until reaching its 10-acre size. Along the way, Snus Hill added a variety of attractions, including a tasting room, gift shop, 150-seat banquet room and outdoor music stage.