Goal: Connect Everyone to High-Speed Internet in Iowa

Governor's program strives to have all Iowans connected to broadband services by 2023. 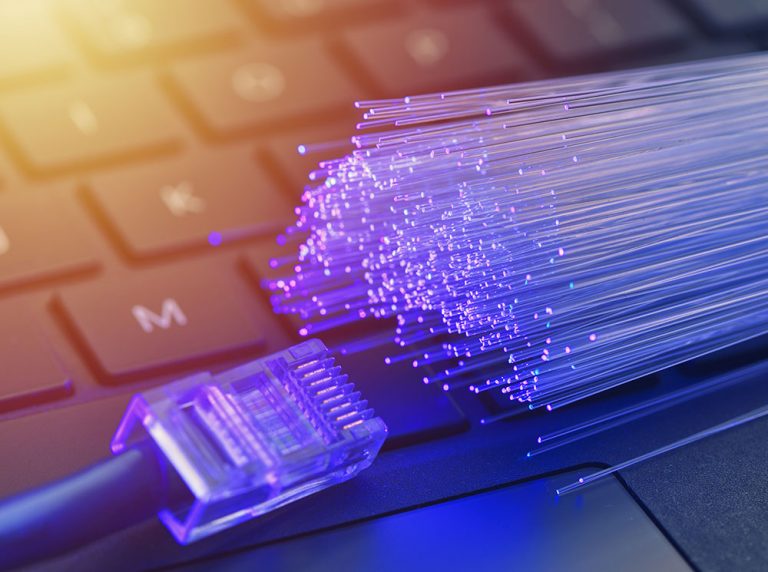 Iowa State Rep. Ray Sorensen understands the importance of high-speed internet in Iowa. As a mural painter from southwest Iowa, he was underserved in accessibility for years.

“I wasn’t in the tech industry at all, but as a small-business owner, I know how frustrating it can be for people who want to live and work in rural Iowa without broadband internet,” Sorensen says.

To move the state forward, Iowa Gov. Kim Reynolds launched her vision for statewide high-speed internet in 2018 with the Empower Rural Iowa Broadband Grant Program. In total, $160 million in both state and Coronavirus Relief Fund grants have been awarded to communication service providers across the state. Sorensen helped champion the cause, which has secured $100 million more in American Rescue Plan Act federal funds to come.

In 2020, more than 61,000 homes, schools and businesses in rural Iowa
were added to the plan to receive high-speed broadband services with up to
100 megabits per second (Mbps) download/ 100 Mbps upload speeds.

A Critical Need Throughout Iowa

“There’s no question that the importance of broadband became even more critical during the pandemic,” says Dr. Matt Behrens, chief technology officer and deputy chief information officer for Iowa’s Office of the CIO. “Many Iowans found their broadband connections incapable of supporting access to telework, telehealth and distance learning. In response to that concern, many of our programs have evolved to require faster speeds and broader eligibility to ensure that all Iowans have access to the broadband service they need.”

Reynolds has committed to all Iowans having access to 100/100 broadband services by 2023, Behrens says. The Iowa Economic Development Authority has plans to initiate certifications to many areas as Broadband and Telecommuter Forward Communities.

“More than ever before, access to high-speed broadband service is an important catalyst for economic growth and quality of life,” Behrens says. “Every day, we hear from Iowans who need faster broadband service to learn, work and grow their businesses and connect with health care providers.”

This Midwest state is a leader in harnessing wind for electricity and an innovator in protecting natural resources.

Moving From Luxury to Essential

Reliable, high-speed internet is no longer an optional luxury but remains as essential as water or electricity, says Steve Peterson, a fourth-generation farmer in rural Webster County. In raising corn and soybeans, Peterson relies on a strong signal for everything, from uploading equipment data to record-keeping to his surveillance system, and that’s just the beginning. He plans to invest in automation technologies in the future.

“Broadband encompasses my entire farming operation,” Peterson says. “The world doesn’t go to sleep. We’re engaged in world markets. The information flow has to be relevant in modern agriculture.”

“Fiber is so extremely expensive to implement, but once you get that fiber in the ground, it really is a future-proof technology,” Boerner says. “It can allow us to grow into the future, whatever that might bring.”