Here are the best things about living in Iowa City. 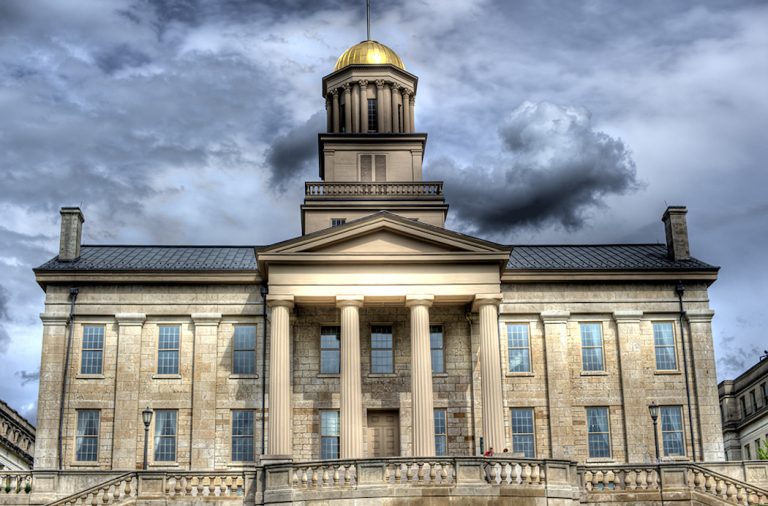 Iowa City packs a lot of cultural and recreational opportunities within its college-town charm. It’s home to a happening farmers market and the University of Iowa. It’s also a place where pianos are placed at popular gathering spots in the summer, and where residents cover trees with sweaters in the wintertime.

Did we mention it’s also been named one of the 100 Best Places to Live three years in a row?

Below are a few more reasons why locals love Iowa City.

The Hamburg Inn is known on both the culinary and political landscapes. With a menu of traditional fare, the restaurant is a popular stop for people – including presidents – participating in the Iowa Caucus. The Hamburg Inn also is known for its drinkable “pie shakes” – a blend of pie, milk and ice cream.

Iowa City has a college-town atmosphere and many historic buildings. The Manville Heights neighborhood, on the west side, is the city’s most architecturally diverse neighborhood, and its proximity to downtown, to the University of Iowa and to the university’s hospitals and clinics makes it a desirable place to live.

The University of Iowa has about 31,000 students and is a member of the Big 10 Conference. It’s one of the nation’s top public research universities, and is known for its focus on the arts, sciences and humanities, and for being the home of the Iowa Writers’ Workshop, which offers a prestigious two-year Master of Fine Arts residency program, as well as a summer program.

The Landlocked Film Festival declares there’s “plenty of culture here in the American heartland.” Each year thousands of film lovers descend upon Iowa City’s historic downtown to watch independent films from around the world and hear presentations by the filmmakers.

Iowa City is one of only a handful of cities worldwide that is designated a UNESCO City of Literature. Downtown’s Iowa Avenue Literary Walk features bronze-relief panels in the sidewalk that are inscribed with the words of 49 writers with ties to the hawkeye state, and range from children’s books to memoirs to plays.

Iowa City is home to many entrepreneurial endeavors and corporate headquarters, and the University of Iowa and the UI hospitals and clinics are the area’s largest employers.

Coralville Lake and Devonian Fossil Gorge are local gems. The Gorge was formed by the floods of 1993 and 2008, which washed away soil, trees and part of a road to reveal thousands of fossils on the 375-million-year-old fossilized Devonian ocean floor that you can visit today. The nearby Coralville Lake offers 5,000 acres for fishing, water skiing and boating.

Ways to Get Outdoors in Iowa City

8. It has an off-beat roadside feature

Who wouldn’t want to see the world’s largest wooden nickel? The oddity has become popular with both Iowa City residents and travelers passing through. The 12-foot-wide “nickel” featuring the image of a bison, is hung between two tall posts next to an Iowa City field.