Home Base Iowa makes Veterans feel at home and champions their place in the community. 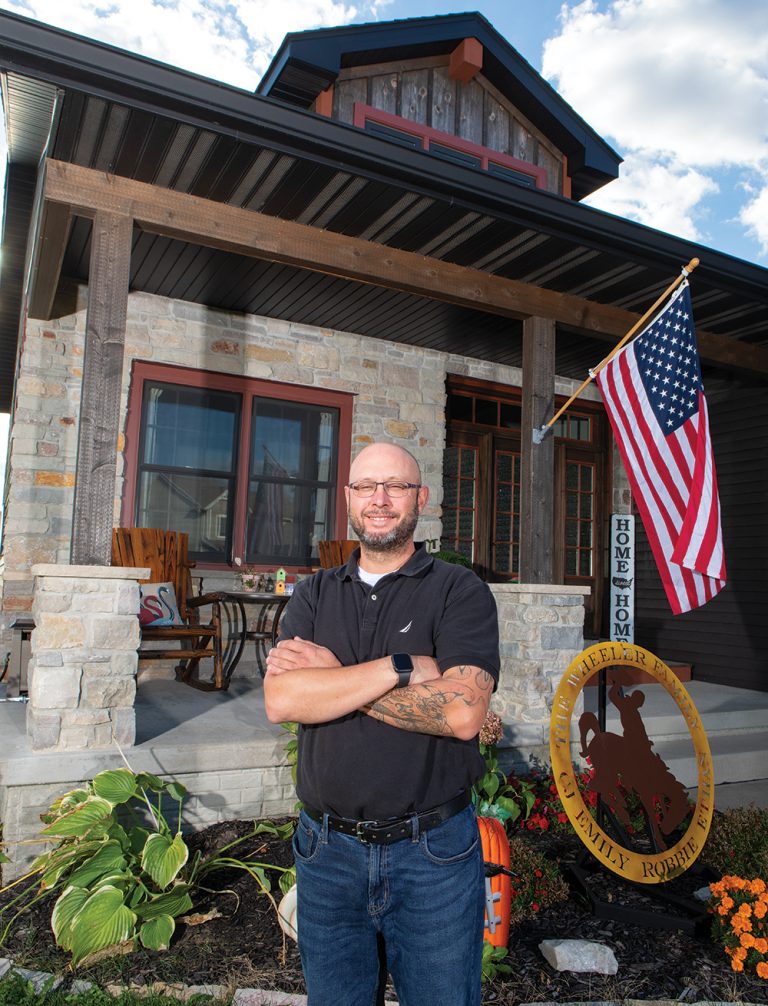 Charles Wheeler was looking for a place to put down roots after 24 years of service in the U.S Army when another soldier told him about Home Base Iowa and how welcoming the state is for Veterans.

Wheeler had not considered Iowa, but that conversation set him on a course that led to a great job in Davenport and ownership of a home in Scott County. He is the first recipient of Home Base Iowa funds from the Quad Cities.

“I was focusing on Western states. Looking at the map, I passed over Iowa,” he recalls. “Then I realized that among all the state incentive programs, Home Base Iowa is probably the best.”

Wheeler had his choice of communities that participate in HBI, but when Scott County joined the program, he and his wife, Emily, quickly found a house in Eldridge, where they live with their two young children. He has an easy commute to his job at John Deere in Davenport, where he works in fabrication manufacturing engineering.

Scott County offered $1,500 in home-buying assistance in addition to the $5,000 tax credit provided by the state, which helps put homeownership in reach for more Veterans.

Wheeler hopes it’s the forever home for his wife and kids.

“This is their sixth move, and they’re still very young,” he says of his children.

Wheeler says the process of qualifying for the home-buying incentive was amazingly easy. 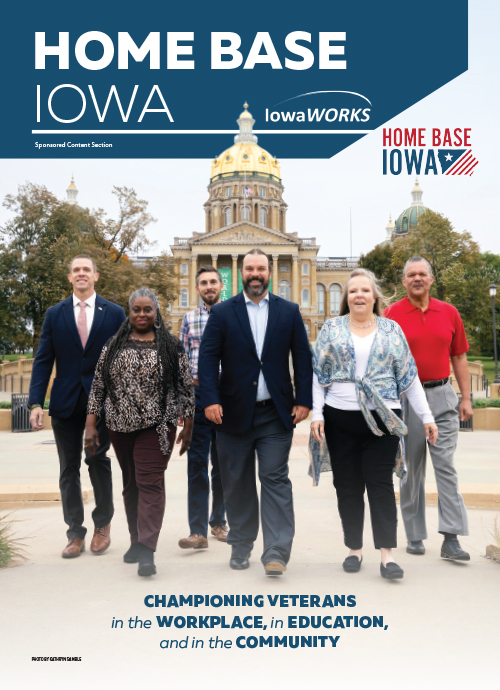