Artistic displays, classes and events emphasize the arts in Marion. 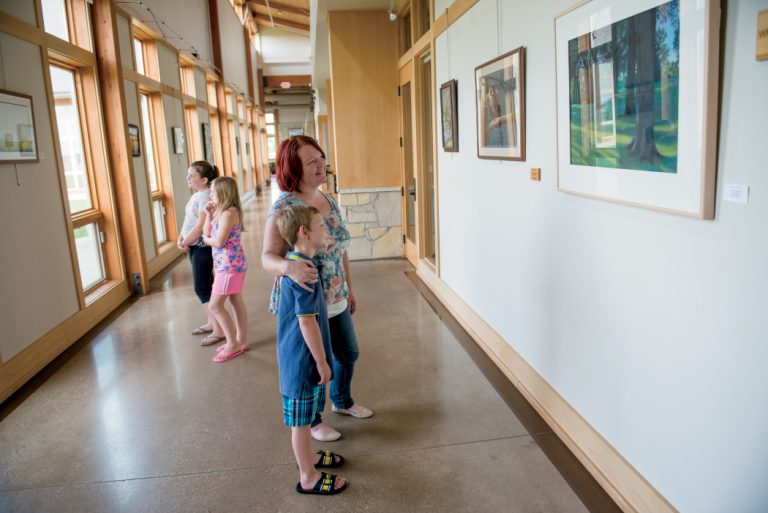 Marion is known for its vibrant arts community. With year-round arts events, exhibits and new artistic installations popping up, the town is a haven for artists and a destination for those who appreciate their work.

Marion’s commitment to the arts is highlighted every year during the Marion Arts Festival, which celebrates its 25th year in 2017. The annual outdoor event, which features 50 artists from across the country, is consistently ranked among the top-tier of juried art events nationwide. Several other community events take place on festival day, including a half-marathon, a 5K and a pancake breakfast.

“Marionites have always had a can-do attitude toward arts, culture and creativity,” says Deb Bailey, director of the Marion Arts Festival. “Fine art and flip-flops festivals create an intersection, and magic happens.”

Bailey says the festival brings about 12,000 people each year to City Square Park, where consumers can buy directly from the artists.

“Our privilege as a festival is to throw the big annual art party that introduces Marion to thousands of admirers,” Bailey says. “Uptown itself is the big news – it’s right here every day.”

New energy is pouring into the Uptown District, with the arts playing a key role in the improvements. ImaginArt in the Alleys is transforming Uptown alleyways through infrastructure improvements and creative endeavors. Overhead cables are going underground to clear visual clutter, and new paving and brickwork, locally made planter boxes and nine permanent art installations will make the alleyways more inviting.

“Property owners are excited about the increased value of their buildings due to their location in or near the Uptown Marion Main Street District,” says Karen Hoyt, art director for ImaginArt in the Alleys. “Properties are changing hands, new businesses are popping up and cool, upper-story residences are in demand.”

Hoyt says bringing vitality to underutilized public spaces drives private investment, and the city is already seeing this happen with buildings such as historic Memorial Hall, where Uptown Snug, an Irish pub, recently opened. The ImaginArt project is expected to be completed in 2016. It is a collaborative effort between ArtPlace America, the City of Marion and the Marion Chamber of Commerce, with some funds from local donors such as Linn County. The facility provides a second entrance for businesses along Seventh Avenue, and more functional art that includes seating, creative lighting and a bike rack.

“Finding cozy, colorful public spaces like this should make everyone’s day a little brighter,” Hoyt says. “People deserve to feel nurtured, and Marion is good at that.”

Marion is good at making the arts accessible to local residents through classes offered by the Marion Parks & Recreation Department and through the Marion Arts Council, which develops programs to maximize public awareness of the arts. The council offers everything from coffeehouse nights featuring local musicians at Lowe Park’s Arts & Environment Center, to gallery exhibitions spotlighting Marion and Iowa artists, to a bevy of workshops.

The city’s interest in the arts is on display every day at the Lowe Park Art Gallery and the Klopfenstein Amphitheater for the Performing Arts, a multiuse space, itself a striking piece of functional art, that hosts live entertainment. In addition to a 50-foot-wide stage and a substage, the amphitheater features a reference to the state tree in an oak-leaf-sculptured canopy made of Corten steel. .

“The colorful backlit stage wall featuring prairie grasses, and the glittering mosaic work decorating the face of the stage, are frosting on the cake,” Hoyt says. “Across town in north Marion, an abstract corn sculpture towers over the city’s first roundabout, and residents are reminded again that this is a place where the arts are valued and everyone is encouraged to dream big.”