When you can work from anywhere, why wouldn't you settle your roots in Iowa South? 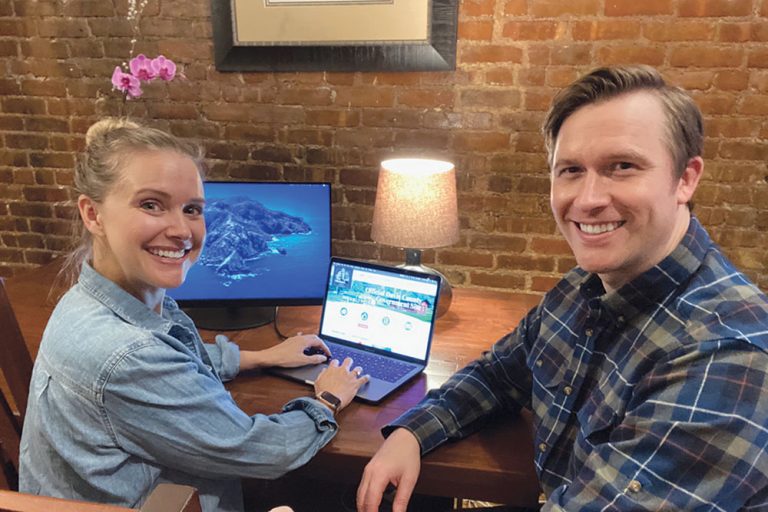 John and Jessica were living in New York City when the pandemic hit in early 2020. Suddenly, they were working from home in a small apartment with a growing realization they could live anywhere as long as they had connectivity. “In a big city, we didn’t have that sense of community we thought we’d have in a smaller town,” Jessica says.

“With me being from Iowa and Jessica being from California, Iowa was closer but also had a much more affordable cost of living,” John adds.

Getting serious about the move, Jessica did a lot of research, and Bloomfield seemed to be a great option. The only caveat – could they access reliable, high-speed internet? “We needed to find something that would support both of us being on video conference calls and streaming significant amounts of data for my work,” John explains.

You can work from home in Iowa South. Many communities in the region feature high-speed internet service.

Turns out, they had nothing to worry about. Joe Snyder, CEO of Citizens Mutual Telephone Cooperative, says the organization has worked for more than a decade to ensure every home in Davis County has access to fiber internet. “At the current time, it’s the fastest service you can have,” he says of access up to one gig.

Calling Citizens Mutual to add service to the charming downtown apartment they had chosen turned out to be a pleasant surprise. “They were incredible and so responsive,” John adds. “That’s what you get in a small town.”

Snyder explains that as a cooperative, the customers are the owners. “It takes the profit margin out of the equation and allows us to concentrate on the needs of the members,” Snyder says.

John says he now has faster internet in Bloomfield that many of his colleagues in New York. “Once we found out we could get high-speed internet at much less cost, that was the final piece of the puzzle,” notes Jessica.

The couple has happily settled into a new pace of life. “It’s probably the friendliest place on earth,” John says of the area.

Welcome to Iowa South – a cooperative collection of community stakeholders focused on expanding the regional economy by helping you find the room to live, work, thrive and grow. Every… END_OF_DOCUMENT_TOKEN_TO_BE_REPLACED