Boise is a fast-growing city that's teeming with culture, natural beauty and job opportunities. Here's why you should add Boise to the top of your relocation list. 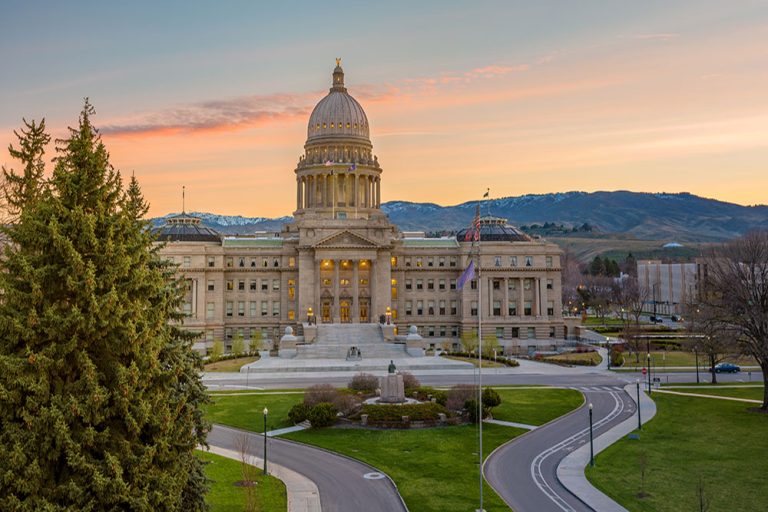 Thinking of moving out west? While Oregon, Washington and California might get more attention, take our word for it: Idaho is where it’s at.

Boise, ID, encompasses a whole lot of open spaces and a little bit of big city. This city of 223,000 boasts almost non-existent crime, great schools, friendly people and easy access to any outdoor activity you could dream of. Here are eight reasons you might want to join the wave of new residents who are excited to call Boise home.

Idaho as a whole is one of the safest states in the country. In fact, only Utah is ranked safer in the West. In 2017, MSN voted Boise number 8 on the list of safest cities in the world, and its safety index of 82.29 means kids can walk home from school without worry, and many people still leave their doors unlocked.

Boise is located west of the Rocky Mountains and just north of the Great Basin deserts. The Boise River snakes through the city, and in the summer, offers up the perfect conditions for river floating. Residents and visitors alike enjoy year-round outdoor adventures including hiking, skiing, cycling and whitewater rafting.

Why Boise, Idaho Is a Top 100 Best Place to Live

Boise has made a name for itself in the region as a cultural hub for jazz music and theater. Each spring, the city hosts the Gene Harris Jazz Festival, a popular festival in honor of the city’s most legendary jazz musician Gene Harris. Meanwhile, many theater groups have established a place for themselves in Boise, and perform at the Boise Little Theater, the Boise Contemporary Theater, and the Idaho Shakespeare Festival. The 208 Comedy Fest draws nationally known comedians every year.

For a small city, there’s a lot going on, and new residents love the supportiveness and inclusivity of the creative scene here.

The brewery scene in Boise is heating up. There are literally dozens of breweries that have popped up in the area, and it’s hard for residents to keep up with all the great beer at their fingertips. Need a little help? Check out the Boise Ale Trail, a free app that encourages residents to try new breweries via checking in on the app and earning prizes. Top spots to belly up to the bar include Clairvoyant Brewing Company, Lost Grove Brewing and County Line Brewing.

Boise’s climate is not a one-trick-pony. Residents get to soak up all four seasons here, with summers that aren’t too hot and winters that aren’t too chilly. Summer temperatures clock in at an average of 71 degrees, while winter temperatures hover around 32 degrees. Rain is minimal here, with an average of just 12 inches per year, and more than 200 sunny days a year. The snow situation in Boise is usually pretty minimal, but if you’re a snow lover, you can head up to the ski resort that’s just 25 minutes away.

6. There are great education opportunities.

For many years, Idaho got a bad rep when it came to education. But the statistics are changing, and Boise has been praised for its great schools and educational opportunities. In 2016, several Boise, Idaho high schools were mentioned on the Washington Post’s list of most challenging schools. Boise State University is also located here, and grants more undergraduate degrees than any other university in the state of Idaho.

7. You can bask in the Basque Block.

A small block Boise is the only place in the western hemisphere dedicated to preserving the culture and history of Europe’s mysterious Basque people. Long thought a European cultural anomaly, the Basque people have stumped linguists and anthropologists with their unique language and genetic traits. Boise’s Basque Block is a small hub that includes two restaurants, a couple of cultural centers and some local businesses.

The 5 Best Neighborhoods in Boise, ID

Boise can boast a low unemployment rate at 2.9%, which is 1.5% lower than the national average. The Wall Street Journal recently praised Boise as having one of the nation’s fastest-growing job markets. Part of this success can be attributed to the state’s growing technology presence that includes employers like Micron Technology, Inc. and HP Inc. Despite this growing technology trend, Boise’s biggest industries remain in health care and hospitality. Both St. Luke’s Health System and St. Alphonsus Health Systems employ many Boise residents.