Why Boise, Idaho Is a Top 100 Best Place to Live

Boise is a natural wonder, yet full of man-made amenities, too 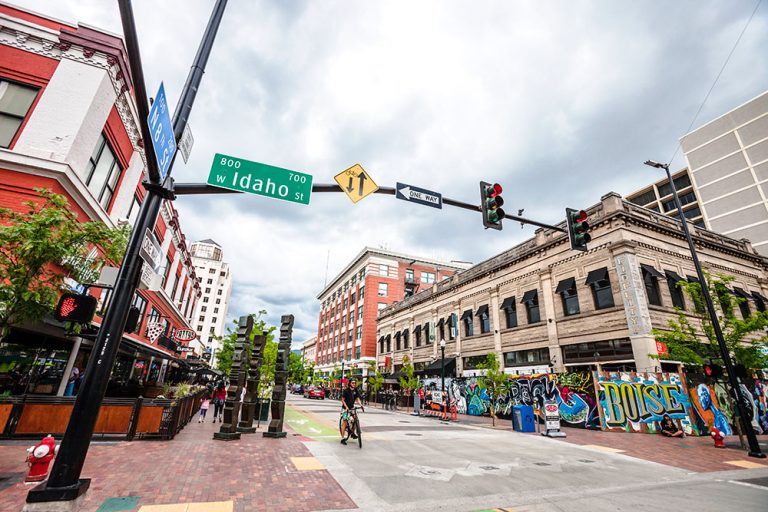 Proximity is important for many small to mid-sized cities. Not all amenities generally exist within the city limits, which is fair. Not every city can be New York City. It’s rare to hear a mayor say that one aspect that makes his city so great is how far removed it is from other cities.

Yet, that’s what exactly what Boise’s mayor David Bieter suggested.

“I think our isolation has been good to us,â€ he says. Salt Lake City, Portland and Seattle are six to eight hours away. You can’t drive an hour and go the symphony or theater in another town. You have to build it here,â€ he explains.

Boise, therefore, needs to provide for itself. It has the Boise Philharmonic. It has theater. It has a state capital and a military base. Its university has added “football powerhouseâ€ to its already-impressive resume. The natural amenities are perhaps even more impressive than the cultural ones. Boise sits at the intersection of desert and mountains with the Boise river running through downtown. The climate is mild year round, but still varied throughout the year.

“Unless you don’t like seasons,” Mayor Bieter says, “We’re a very good place to live.”

The isolation can be a downside, too. Getting people to Boise can be a challenge. The city must be an intentional destination. It’s not really on the way to or from anywhere. But once people see it, they tend to fall in love and want to stay, Mayor Bieter says.

Many of the schools in town are highly rated, which helped Boise rank on our Top 10 Best Cities for Kids list in 2014.

“In our discussion with business that are looking to relocate, they always ask about the educational system,â€ Mayor Bieter says. “Our advantage is that our public school system is the default school. We have private schools that are quite good, but you choose them if you want to, not because you have to.”

The classrooms are diverse, due to a large population of refugees from all over the world.

Livability.com often hears that engaged citizens – who are welcome to attend the mayor’s open office hours each month – are a hallmark of a Best Place to Live. Several years ago, Boise residents were surveyed about what the idea of “livabilityâ€ means to them. According to Mayor Bieter, one resident summed up what makes Boise great like this: “I can get about my day with an ease that allows me to contribute to the community.”

Being a great place to live and to give back cements Boise on our Top 100 Best Places to Live list.