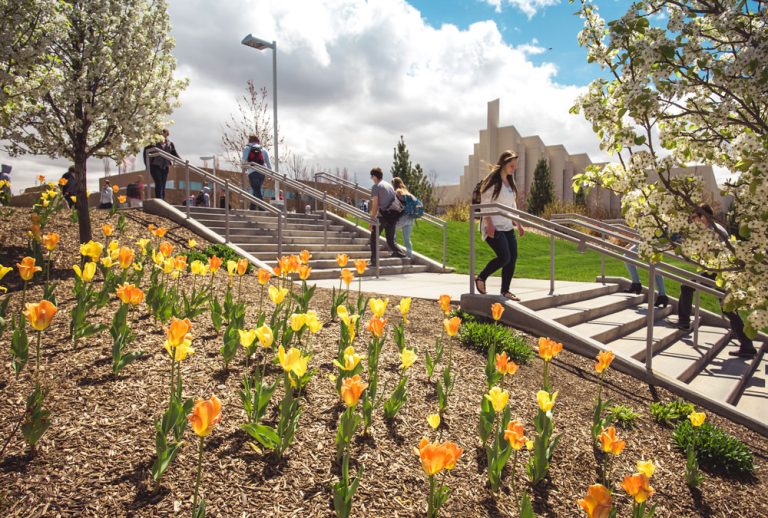 The Eastern Idaho region has long been a hub of innovation and scientific discovery. In 1949, Idaho National Laboratory was established as a national nuclear reactor testing facility. The INL has evolved into a center for research and development of nuclear energy and cybersecurity advancements and serves as an anchor for a thriving science and technology sector that includes more than 300 businesses.

Regional economic development leaders see this concentration of tech companies as a strategic advantage and are looking to capitalize on that fact with a marketing and branding campaign designed to attract new investment.

“There’s a 78-mile span that is the business core of the Eastern Idaho region, and within that 78 miles, we have universities – Brigham Young University-Idaho and University Place, a higher education cooperative offering a selection of undergraduate and graduate degree programs from the University of Idaho and Idaho State University – as well as the Center for Advanced Energy Studies, the Research and Innovation in Science and Engineering Complex and INL. Because of that, we’re marketing this area as the Eastern Idaho Innovation Corridor,â€ says Jan Rogers, CEO of the Regional Economic Development for Eastern Idaho. “This area has always been an innovation area, but we’re hoping to attract even more innovative companies in areas such as advanced manufacturing, energy and cybersecurity.”

Rogers says the branding effort also calls attention to the resources offered to technology-based startups, including the Idaho Innovation Center in Idaho Falls. The center offers a one-stop-shop experience for entrepreneurs with office and lab space, business infrastructure, mentoring and educational opportunities.

“One of our most innovative entrepreneurial companies started up in the Innovation Center. We have a number of programs and tools for those young entrepreneurs that are ready to do something here in Eastern Idaho. We also have the research and science centers that make starting a business here very attractive,â€ Rogers says.

Another advantage the region has over its neighbors is access to a highly skilled and educated workforce. BYUI, for example, recently opened a new Central Energy Facility and a new Science and Technology Center, which hosts undergraduate and graduate programs in areas such as computer information technology, applied plant science and electrical engineering. Technology companies are able to tap into a large stream of talent trained specifically for these high-demand careers.

“Businesses move and expand where the talent is available, and we have the talent,â€ Rogers says. “We’re aggressively putting together plans to help attract even more talent and retain what we have with a number of programs that are working on the development side of the pipeline. Those things are key for companies that are innovators in those sectors.”

Rogers says the rebranding of the regional airport also has contributed to Eastern Idaho’s appeal. The Idaho Falls Regional Airport relaunched in 2015, as IDA and with additional amenities to make personal and business travel more convenient.

“The Idaho Falls airport is the second-largest airport in the state and offers great accessibility,â€ she says. “Both United and Delta fly out of that airport. While we’re not an urban center like San Francisco or Seattle, we offer natural beauty and outdoor recreation, but if you need that ‘urban fix,’ you have plenty of options through the airport.”

Want to know about the top industries in Idaho Falls?

“The value of commercial air service to a community should not be undervalued. The airport’s airlines provide air service to nearly anywhere in the world. Delta and United offer hub connectivity to hundreds of cities both nationally and globally, in just one stop, and Allegiant offers the community low-fare access to vacation destinations,â€ Davis says.

Davis says IDA is an attractive choice for travelers because the terminal building, which was expanded in 2014, is easy to navigate; parking is just a few steps from the terminal; and the airport offers amenities such as a restaurant, gift shop, updated ticket kiosks and e-scanners that allow passengers with only carry-on bags to use smartphones to check in at the security checkpoint.

“Our passengers love flying from the new IDA,â€ Davis says. “The airport is a regional transportation asset to the entire Eastern Idaho region, as well as southern Montana and western Wyoming.”

This area has always been an innovation area, but we’re hoping to attract even more innovative companies in areas such as advanced manufacturing, energy and cybersecurity.