Would you like fries with that? That’s definitely a rhetorical question in Southern Idaho, a.k.a. ‘A Slice of Potato Heaven.’ 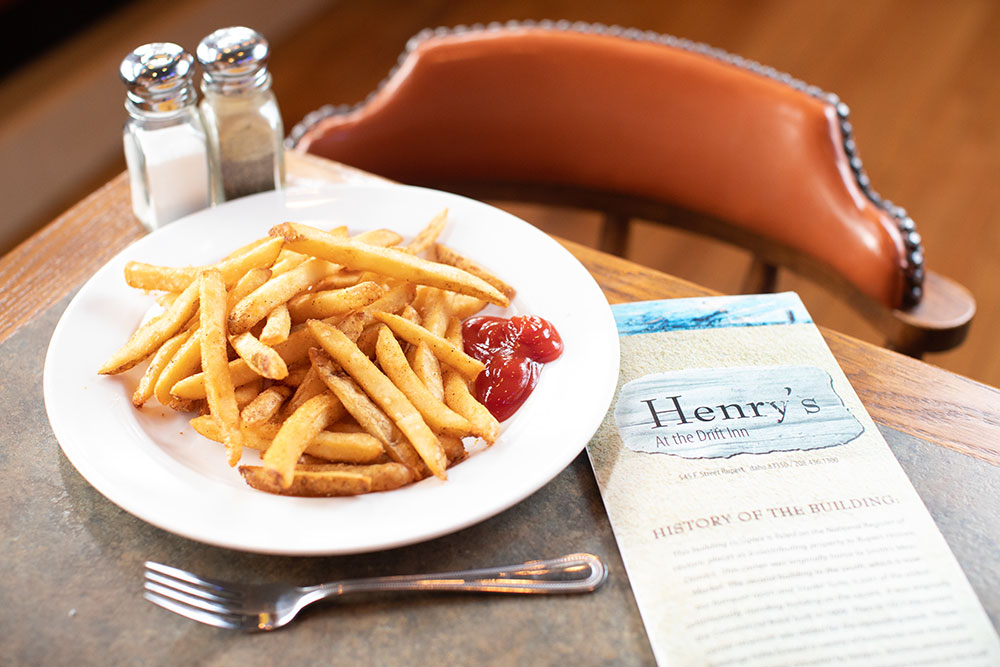 Idaho – and specifically the Southern Idaho region – is undoubtedly famous for its potatoes. But another way to, quite literally, slice it? The area boasts some phenomenal french fries!

Whether you’re a potato purist who prefers a traditional french fry with a crispy, golden exterior or you like to elevate your fries with toppings (mmm, Parmesan!), several local restaurants are bidding for your attention with fresh fries serving as staples on their menus.

So what makes the area’s potatoes (and thus, french fries) so delicious? 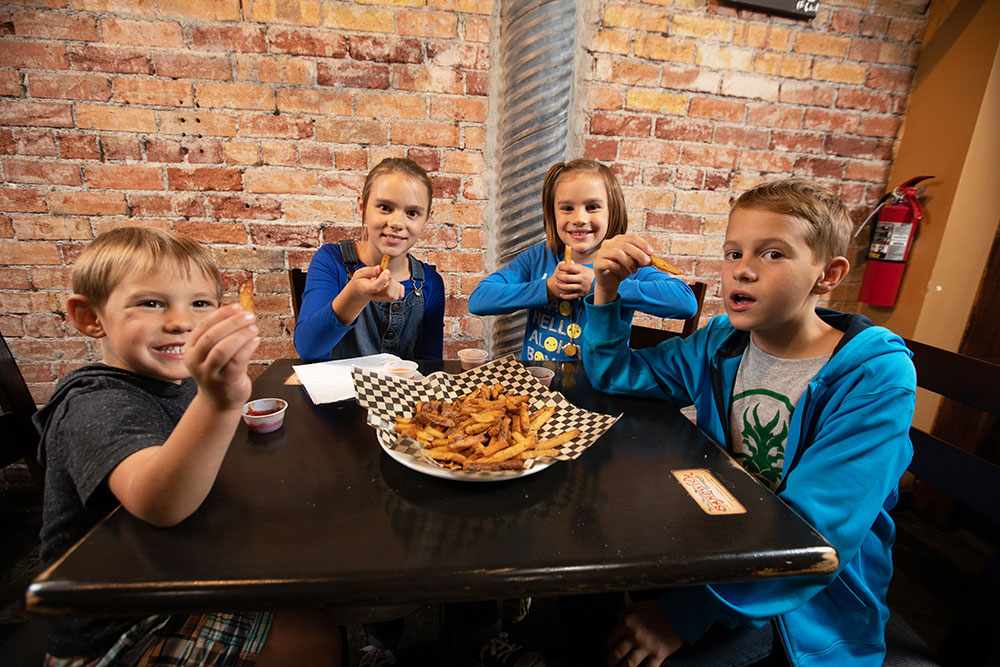 “The region’s sandy volcanic soil is rich in trace minerals, while mountain streams supply clear water to irrigation reservoirs that keep the potatoes perfectly hydrated,â€ explains Curt Snyder, the Twin Falls plant manager for Lamb Weston. “All in all, the Snake River Valley is a slice of potato heaven.”

Plus, the state’s growing season of warm days and cool nights helps produce top-notch tubers, and Idaho Russet potatoes are associated with crispier, fuller french fries that shrink less and absorb less oil, according to the Idaho Potato Commission.

Of course, the economic impact of the region’s famed root vegetable is no small potato.

Lamb Weston is one of the largest employers in Twin Falls, with more than 600 employees, according to Snyder. The company has a close relationship with farmers who grow potatoes on almost 40,000 acres in the Twin Falls area. More than 1 million tons of potatoes are processed into french fries and other potato products at the plant each year, then distributed to grocery retailers and fast food restaurants throughout the country. 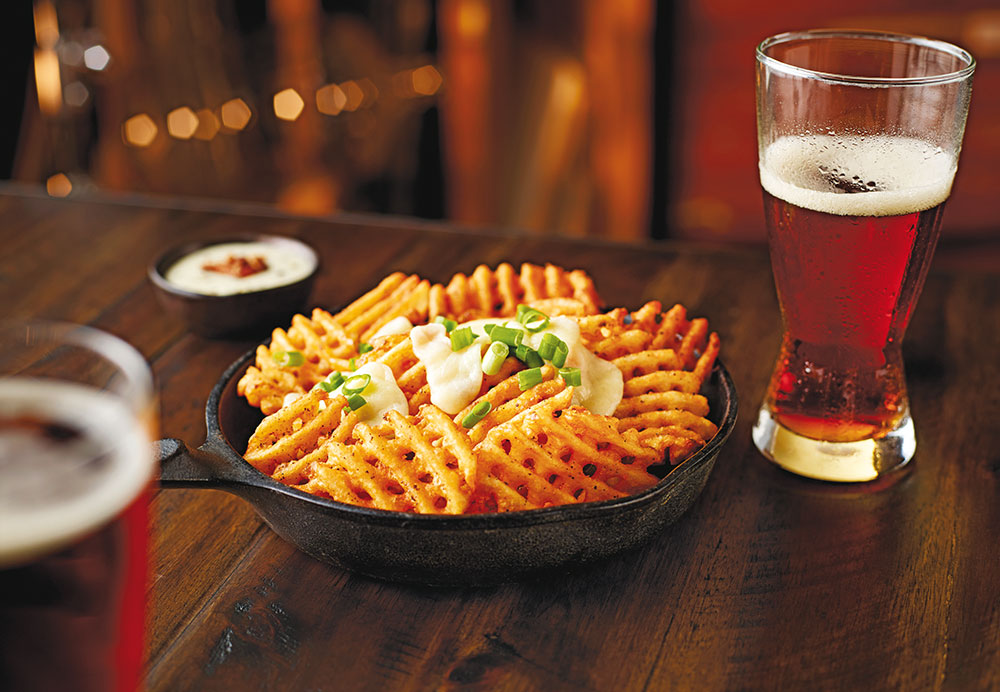 McCain Foods, a frozen potato supplier that makes delicious fries and other snacks, also has had a significant impact on the region with its recent $200 million expansion into Burley. The company employs more than 700 people at the facility, and hundreds more when you consider growers and farmers, says spokeswoman Tarah Arnold.

The perfect McCain fry, she says, is golden brown with a “crispy exterior and a delicious, fluffy interior.”

Suffice to say, potatoes are a point of pride.

“We realize that potatoes are what made us famous,â€ says Nathan Murray, economic development director for Twin Falls. “But the area is also a big producer of beef.”

What he’s getting at? Be sure to pair those fries with a juicy burger! 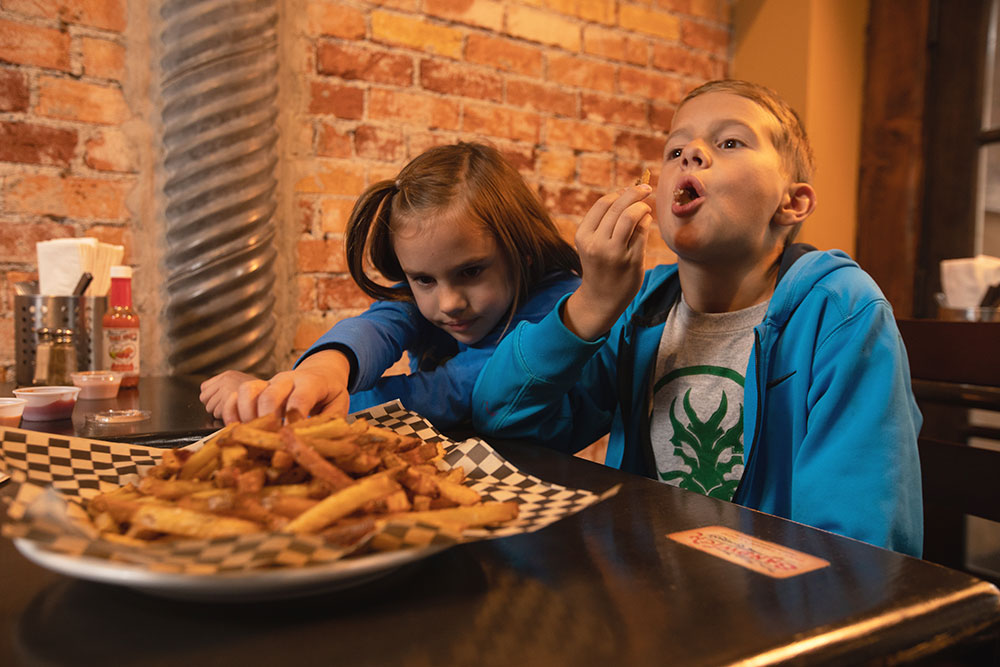 We asked City of Twin Falls Economic Development Director Nathan Murray and his colleagues to be our esteemed taste testers to pinpoint some of the best french fries in the area. Here are their tasting notes:

“They are almost curly, and they have a cheesy glaze of melted parm on them. You’d be satisfied with a plate of those alone, or pair them with a burger,â€ Murray says.

“It’s a very hearty, fresh fry made with locally sourced potatoes,â€ Murray says. He recommends syncing that up with a pastrami on rye.

Best Fries with a Burger

“I like Choate’s because they do the ‘ground and round’ homestyle cut for fries. They’d get my vote for best fries with a burger,â€ says Lisa Strickland, city planner.

“The fries are skinny, like a shoestring, and very tasty,â€ Murray says. But it’s a choose-your-own adventure here. You can get a heaping of toppings on your fries, everything from chunks of steak and cheese to a ‘garden spud’ with veggies. All in all, it’s a ‘mound of goodness,’â€ Murray says.

“Try the fish and chips with the perfect crinkle cut fry,â€ Murray says. “The service is always good here.”

“They are always crispy on the outside and soft on the inside,â€ says Jon Victor, building inspector.

Some of the best restaurants are a bit hidden – tucked away in strip malls, or with an unassuming storefront, or perhaps a humble presence on the web. Here’s a treasure map to some of the best hidden gem food destinations in the region.

This beloved Bosnian restaurant features an adjoining market with meats, cheeses and sweets to take home. As for a meal, it’s tough to choose between the two most ordered dishes: Sarma or Ä‡evapi, but baklava is the correct choice for dessert.

With a Wild West exterior, this casual dining spot is loved for its wings, daily specials (like prime rib Saturdays!) and fun atmosphere.

Sidle up to the counter and enjoy breakfast any time of the day at this cafe or order a slab of pie topped with ice cream. The robust menu also serves burgers, sandwiches, steaks and more.

Enjoy a scratch-made salad or sandwich with a balcony view overlooking the Snake River at this bistro. A rotating roster of soups, like broccoli cheddar or lasagna, changes daily.

Coffee, tea and pastries, like the “big as your faceâ€ cinnamon rolls, are on the menu at Renew, which is a Christian coffee shop and gathering place