Locals keep breweries hopping and attract visitors from miles around to see what the Magic Valley is brewing. 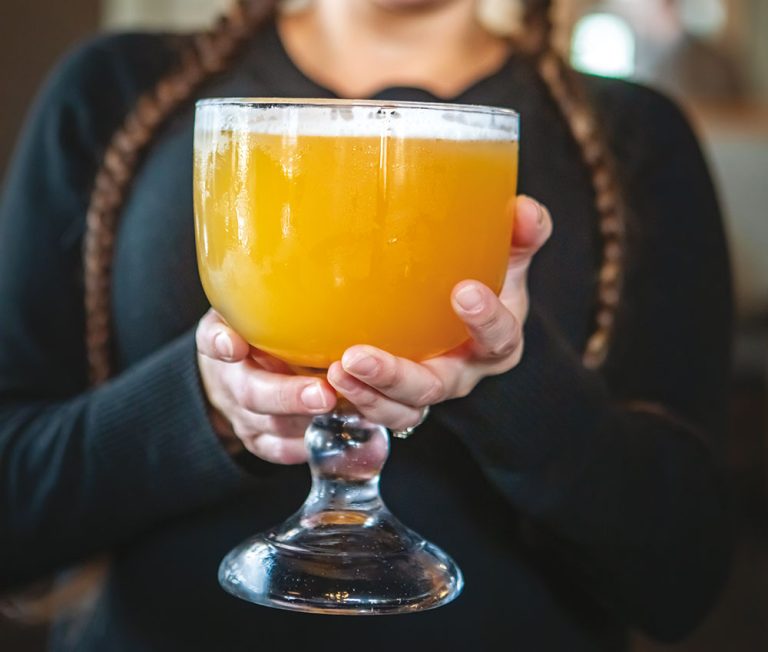 With the recent opening of two brewpubs, Southern Idaho is now home to four breweries making the area a destination for connoisseurs of craft beers. Locals are keeping these businesses hopping and visitors are coming from miles away to see what the Magic Valley is brewing.

Koto Brewing Company, which opened in late 2018 in downtown Twin Falls, offers “gourmet pub grub,â€ a full dinner menu and an extensive wine and beer list. New recipes by head brewer Pierre Tusow are a staple, and Koto’s owner Shane Cook says many of the grains and hops they use are grown in Idaho.

Cook says hop-forward hazy IPA’s are a focus of Koto, and the crowd-pleasers include Swollen Ego Blonde Ale, 80 Grit Porter and Bunnies Strong Ale. Koto is now canning its beers, which are sold at the brewery and in specialty shops in Twin Falls and Sun Valley.

“We love hoppy beers here at Koto, and the local water profile is perfect for our style of beers,â€ says Cook, who also owns Twin Falls Sandwich Company.

The renovated interior is also attracting the curious: Koto’s tables are constructed from Twin Falls High School’s repurposed gymnasium floor, and the bar was once the lanes of a bowling alley in Salt Lake City. Even its name is steeped in history – Koto is the name of the family who built the building in 1920. The new hot spot also brings people downtown with special events and live music.

“Downtown is the perfect place for a brewpub,â€ Cook says. “Traditionally, brewpubs have been meeting places for people to gather and share ideas. And we are looking forward to other breweries moving into the area. It’s good to have competition and camaraderie in the neighborhood.”

Milner’s Gate opened in February 2019 in a 10,000-square-foot section of the historic Twin Falls Elks Lodge building. With a focus on beer, the business’ uniqueness comes from both the space and its brewing facility, which consists of a custom-made 10-barrel system of stainless steel and copper that’s located in the basement and extends up into the restaurant to offer views of the brewery. The brewpub is spread out on three levels, with two outdoor patios and a banquet room.

“We believe that downtown Twin Falls is experiencing a renaissance where businesses and residents are moving back downtown to enjoy the history, culture and convenience,â€ says Tom Nickel, owner of Milner’s Gate. “Add to this the steady growth of the entire Magic Valley region, and downtown Twin Falls is a great location!â€

One of the first beers “on tap,â€ so to speak, is Fall Down Brown, an English-style brown ale, for which Milner’s Gate brewer Quay Marshall won awards at the North American Beer Awards.

“With the evolving brew scene in Twin Falls and beyond, we will also be expanding and creating our own beers to keep up with the times,â€ Marshall says. “The plan is to brew everything from Blonde Ale to Belgian Trippel, Imperial Stouts to German Leichtbier, with lots of today’s IPA varieties, too.”

“Like the changing styles, the brewery scene has changed,â€ says Marshall, who once was a brewer for Muggers Brewpub in Twin Falls. “It’s exciting to see the Magic Valley as the home of several breweries now.”

Magic Valley Brewing opened in June 2016 on Broadway Avenue North in Buhl and is known for its beers, such as Shoshone Paintbrush, an Irish red, and Mosey On, its most popular IPA. Co-owner Judy White says other popular menu items include a shrimp po’boy, Irish mac and cheese with shredded corned beef, cottage pies, and sausage and mash with house-made gravy.

“Everything we make comes from family recipes,â€ she says.

Richard White, Judy’s husband and co-owner of the business, was raised in the area and started home-brewing in 1991 with a kit before becoming a master brewer while living in California.

In 2019 the Whites purchased the building and began creating an outdoor beer garden with a tap trailer, seating, a firepit and spray-misters for the summer months. Judy says Magic Valley Brewing has become a community gathering place with live music indoors and art activities.

“We get a lot of local support as well as travelers from Highway 30,â€ she says.

Von Scheidt Brewing Company, on Second Avenue West in Twin Falls, is a family-run business that opened about 10 years ago and offers a variety of brews, an ever-changing menu, a patio and live entertainment. Von Scheidt’s has become known for its classic beers and its creative brews made with ingredients, such as pizza-herb flavors and berries.