You'll find much more than just the University of Illinois and farmland in the Prairie State. 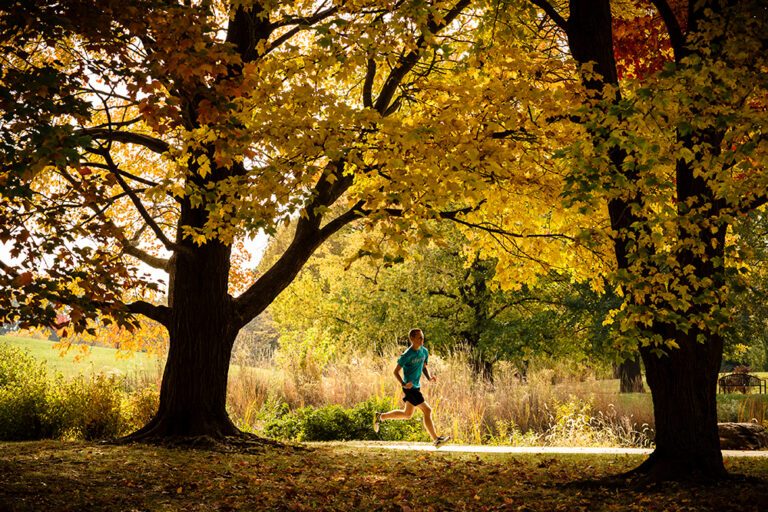 Situated in east-central Illinois, the metropolitan area of Champaign–Urbana has much to offer potential residents.

For starters, it’s home to The University of Illinois Urbana-Champaign, which annually enrolls nearly 56,000 students (with a high success rate) and employs thousands. But the university offers much more to the community than just higher learning — its impact trickles down to many lesser-known facets of life in the twin cities of Urbana and Champaign.

Champaign–Urbana is known to be one of the best areas in Illinois to grab a bite to eat. For outdoor enthusiasts or art and history buffs, there’s a multitude of ways to keep yourself occupied — from the many galleries, museums, parks, and trails to a few unexpected activities and destinations, too.

Read on for more interesting tidbits about the Prairie State.

1. Champaign has the second-largest international population in the country.

Yes, you read that right. The town that may seem small from an outsider’s perspective is actually quite large and diverse, thanks to the University of Illinois. The institution welcomes more than 11,000 international students and scholars spanning 110 countries every year. And that international population flavors everything from the cuisine to the friendly, welcoming vibe.

A direct result of the university’s international population, the food scene in Champaign–Urbana isn’t just impressive for the area — it’s a culinary destination that rivals most major metropolitan cities. In addition to some of the more common cuisines, you can find African, Filipino, Korean, Middle Eastern, Caribbean, Congolese and Vietnamese food here, all of which is pretty exceptional in both quality and service.

3. There are well over 30 languages spoken in local public schools.

Many of the international alumni of U of I end up making Champaign their home, meaning the diversity trickles all the way down to K-12 schools (and younger). While nearly every school in the area incorporates language programs that teach English, Spanish and French, about 17% of Champaign’s population speaks a language other than English at home, from other Indo-European languages to Asian and Pacific Island languages and more.

4. Every home is within walking distance of a park.

In Champaign, it’s easy to find green spaces to bring the kids, walk the dog or just relax, have fun and enjoy the fresh air. That’s because 100% of households (yes, all of them) are within walking distance (approximately 1/2 mile) of a park or other green space.

5. Champaign has a long history of innovation.

Ever wondered where whipped cream in a can was invented? Or the LED light? What about where YouTube and PayPal got their start? Yes, all the above share the same birthplace: Champaign. And technically speaking, the first modern web browser — called Mosaic — was developed here by a University of Illinois student, so Champaign sort of invented the internet, too.

6. It’s home to the state’s only international dark sky park.

For those wondering, a dark sky park is a designation awarded by the International Dark Sky Association as a place dedicated to protecting natural darkness. It’s also where visitors can enjoy some of the most incredible views of the night sky in the world. Middle Fork River Forest Preserve was the sixth park in the U.S. and ninth globally to receive the award, on a list that now exceeds 70 locations worldwide.

7. It’s more affordable to live here than in Chicago — like, way more.

Sure, we might be comparing a major metropolitan area to a smaller city. Still, with Chicago, Indianapolis and St. Louis all within a few hours driving distance (and cities like Peoria and Springfield even closer), it’d be a fair assumption to think the greater Champaign area isn’t that affordable. But according to NerdWallet’s Cost of Living Calculator, it boasts a 29% lower cost of living than Chicago and a 14.7% lower housing cost than Indianapolis.

8. The average commute is 15 minutes.

Time-consuming commutes with stop-and-go traffic and daily highway obstacles aren’t often seen in Champaign, given that it only takes about 15 minutes to get from one end of town to the other. And since the University of Illinois is the No. 1 employer in the area, work commutes for many faculty and staff are even shorter.

9. You don’t have to travel to the North Pole to see reindeer.

One of those special, only-found-here places in Champaign is also one of few places in the state (or even in the U.S.) where you can see reindeer in real life. Hardy’s Reindeer Ranch is a seasonal, mom-and-pop farm where you can get reindeer kisses (if you’re lucky) and shop for fall, winter or holiday goods.

This article was sponsored by Visit Champaign County.