Skip to content
Home > IL > Evanston > Where to Live Now > Why Evanston, IL, Is a Best Place to Live

Why Evanston, IL, Is a Best Place to Live

“Evanston is a forward-thinking and diverse community on a mission to create the most livable city for everyone." 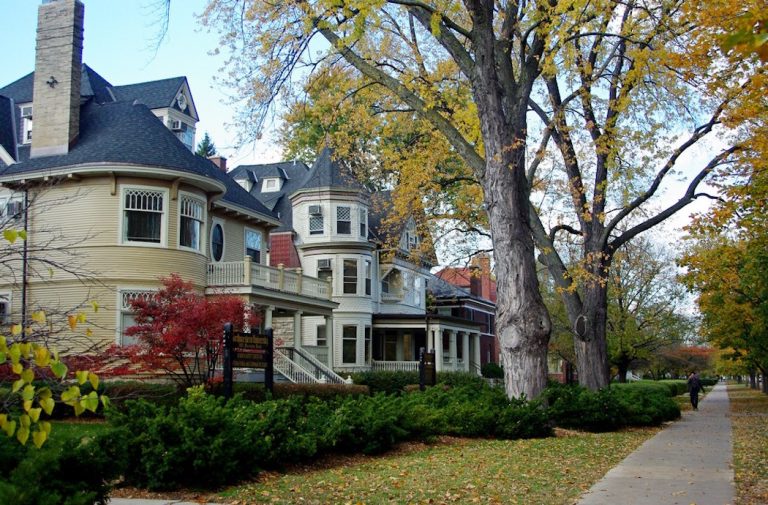 Nestled on the shores of Lake Michigan just north of Chicago, Evanston, IL, has a lot to be proud of (including being one of John Hughes’ favorite filming locations). Of course, while it didn’t hurt, being in the background of “Sixteen Candles” isn’t what landed Evanston a spot as one of the Top 100 Best Places to Live. In reality, it has loads more to offer to us non-movie stars as well.

Besides films, Evanston is probably most known for being the home of Northwestern University, which is currently ranked as the 11th best university in the country according to U.S. News and World Report – and which has helped it soar in the education category of this list. Evanston doesn’t just put all its focus on higher ed, though.

“From early literacy programs at the Evanston Public Library all the way through PhD programs at Northwestern University, Evanston offers exceptional education opportunities for students at all levels,” Mayor Stephen Hagerty told Livability via email.

“Our city is home to an outstanding elementary school system, one of the nation’s top-ranked public high schools, a world-renowned university, and a host of community organizations dedicated to supporting our young people. All of them work together to help every student succeed, no matter their age, race or income level.”

Why else is living in Evanston great? Well for starters, it’s been actively designed so that residents no longer need cars; with a Walk Score of 75, most things, if not everything, is within walking or biking distance for most residents, with plenty of public transport to fill in the gaps – an unusual but handy trait for a suburb. And it has amenities galore, from a booming restaurant scene to green spaces scattered throughout. There of course is a great arts scene and plenty of museums, including some of the more unusual – like a dinosaur museum tucked in the basement of store called Dave’s Down to Earth Rock Shop and a museum touting the largest collection of Toby jugs in the world (more than 8,000).

Mayor Hagerty added, “Not only does our city have a vibrant downtown, diverse business and commercial districts, walkable neighborhoods, stellar public transit options, miles of bike lanes, a beautiful lakefront, and a world class University in Northwestern, we are committed to ensuring that all community members can access and enjoy these wonderful amenities, which are truly second to none.”

Evanston is also a Best Place because of the people who live there. Which is to say, the community works hard to make it a great place to live.

“Evanston is a forward-thinking and diverse community on a mission to create the most livable city for everyone,” said Mayor Hagerty.

This is probably best demonstrated by the 2016 presidential election, when more than 80% of registered voters turned out to have their voices heard – a level of civic engagement above and beyond the rest of the country. It’s also reflected in the area’s crime rates, which have not only decreased by 7% in the past few years, and which are also 16% lower than the national average (and 45% lower than Chicago’s).

All in all, Evanston has plenty to boast about. “I’m most proud of the fact that we have built one of America’s finest urban ring cities because of our diversity, environmental stewardship, civic engagement, dynamic business environment, schools, and good government,” said Mayor Hagerty. “I’m proud to be Mayor of a city that celebrates our differences, strives for equality, and welcomes all people.”