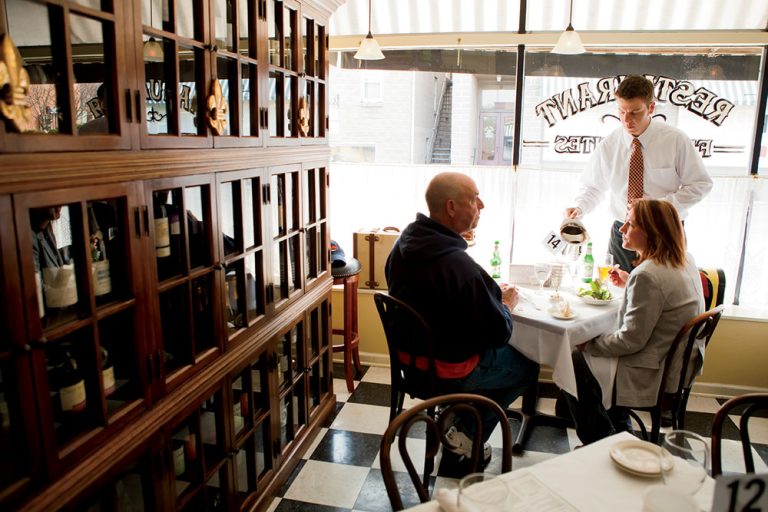 Searching for your next vacation destination or the perfect place to put down roots?

Look no further than Illinois. The state lays claim to dozens of standout cities with revitalized downtowns, excellent entertainment venues, great schools and plentiful outdoor recreation opportunities – and many of those communities are so desirable that they have received national recognition.

Across the state, communities are participating in the Illinois Main Street Program, which is part of a national movement aimed at revitalizing downtowns, neighborhood business districts and urban corridors. The program’s approach is four-pronged, focusing on organization, promotion, design and economic restructuring.

Although Carbondale didn’t officially join the Illinois Main Street Program until 1996, many of the city’s business and property owners have been working to improve the downtown district since the early 1980s.

Meghan Cole, executive director of Carbondale Main Street, says the group formed a nonprofit organization called Uptown Carbondale in 1989, and they worked with the City of Carbondale on a downtown master plan focused on building a new civic center and revitalizing the historic town square. Both projects came to fruition, with the Carbondale Civic Center construction completed in 1996 and the improved town square now home to several restaurants and retailers.

Today Uptown Carbondale is known as Carbondale Main Street, and the organization continues to partner with the City of Carbondale to revitalize the downtown area. In addition, Carbondale Main Street facilitates a “Curb Appeal” program in which local businesses receive a grant as well as free design assistance to improve their facades. The organization hosts a variety of annual events that draw residents downtown such as the Lights Fantastic Parade, Brown Bag Concert Series, Fourth Friday Fairs, The Carbondale Classic and CarbondALE Brew Fest.

Another community taking part in the Illinois Main Street Program is Moline, where the Moline Centre Main Street Commission formed in 2010. The city’s downtown district, called Moline Centre, is filled with a mix of well-preserved historic structures and new, modern amenities and attractions, including the 12,000-seat iWireless Center arena that hosts concerts, sporting events and conferences.

“Within the next 12 to 18 months, Moline Centre will double its hotel occupancies,” Holland says. “We will also receive passenger rail, with construction slated to begin in the spring of 2018.”

Urbana-Champaign and Bloomington-Normal are award-winning communities, both ranked by the American Institute for Economic Research as two of America’s Best College Destinations, 2017 in cities with a population of less than 250,000. Livability.com named Urban-Champaign a top college town, too, in both 2014 and 2012.

Another Illinois community receiving national praise is Galena, which was included on MSN’s list of 9 Charming Towns Across America to Visit This Fall in 2016. The city was also voted one of the 18 Most Charming Small Towns Across America by Woman’s Day Facebook fans in 2015, and it was one of 15 contenders in Budget Travel’s America’s Coolest Small Town contest in 2014.

Downers Grove has racked up a long list of accolades in recent years. For example, the city landed on Livability.com’s 2016 Top 100 Best Places to Live list, and it scored the No. 2 spot on the site’s Top 10 Best Cities for Kids list in 2014. In addition, Downers Grove was recognized as one of America’s Friendliest Towns by Forbes in 2013.

“Downers Grove was a best-kept secret for a long time, but not anymore,” says Linda Kunze, executive director of Downtown Downers Grove Management Corp. “We are constantly growing, and in 2017 we are building close to 780 new condos and luxury apartments in downtown Downers Grove. We also have several locally owned restaurants, cafes and boutiques downtown, and you can’t beat our location – we’re just 25 minutes outside of Chicago.”